Trump in an email statement repeated his assertions that 2020 election was rigged and vowed not to endorse Rounds if he runs for reelection in 2026, calling him a “RINO,” “weak” and “ineffective.”

“Is he crazy or just stupid?” Trump said of Rounds, insisting that “the fraudulent and irregular votes are massive” and going on to credit himself for Rounds’ landslide reelection in 2020. “Now he thinks he has time, and those are the only ones, the weak, who will break away. Even though his election will not be coming up for 5 years, I will never endorse this jerk again,” Trump said.

Lawsuits and audits of battleground states have concluded that there is no evidence of widespread fraud.

Rounds responded to Trump’s attack hours later. “I’m disappointed but not surprised by the former president’s reaction,” he said. “However, the facts remain the same. I stand by my statement. The former president lost the 2020 election.” 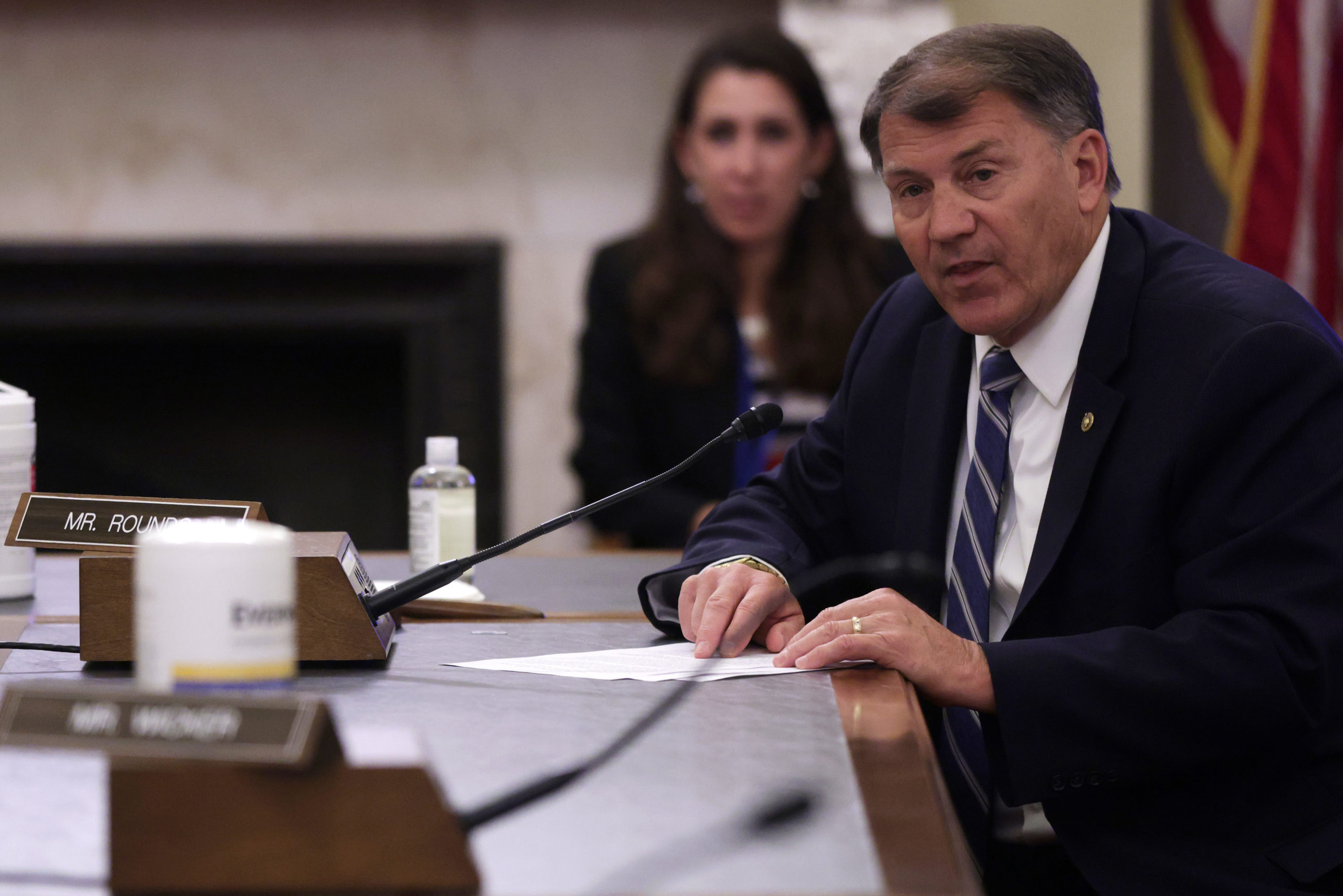 Sen. Mike Rounds speaks during a congressional hearing in June 2021. He is the latest Republican to disavow Trump’s claims that the election was rigged. (Alex Wong/Getty Images)

Rounds’ remarks touting the fairness of the 2020 election came Sunday on ABC News. He called the election fair and said that President Joe Biden was the legitimate victor.

“While there were some irregularities, there were none of the irregularities which would have risen to the point where they would have changed the vote outcome in a single state,” Rounds said. (RELATED: Lisa Murkowski, One Of Trump’s Most Vocal GOP Critics, Announces Reelection Bid In Alaska)

“The election was fair — as fair as we’ve seen,” Rounds later added. “We simply did not win the election, as Republicans, for the presidency.”

Trump has targeted other Republicans who broke away from his own talking points. He has pledged to back primary challengers against the 11 Republicans in the House and seven in the Senate who voted to impeach and convict him, respectively, for his role in inciting the Capitol riot, and he has frequently criticized Minority Leader Mitch McConnell for his backing of the bipartisan infrastructure law and working with Democrats to lift the debt ceiling.