Minority Leader Kevin McCarthy is considering limiting or barring lawmakers’ ability to hold and trade stocks and equities if Republicans retake the House majority in November.

A McCarthy spokesman confirmed to the Daily Caller News Foundation that he was considering new limits, while the minority leader told Punchbowl News that the changes were being examined, but he noted that nothing had been finalized. Some of the floated changes include only letting lawmakers hold professionally-managed mutual funds or blind trusts, while others would ban them from holding stocks that pertain to members’ respective committees.

McCarthy’s actions come as an Insider report outlined how scores of lawmakers and staffers may have infringed on the STOCK Act, a law signed by former President Barack Obama seeking to limit potential conflicts of interest or insider trading.

House Speaker Nancy Pelosi defended members’ ability to trade stocks in December, saying that they “should be able to participate” in a “free market economy.” (RELATED: POLL: Overwhelming Majority Of Americans Say Lawmakers Should Be Banned From Trading Stocks) 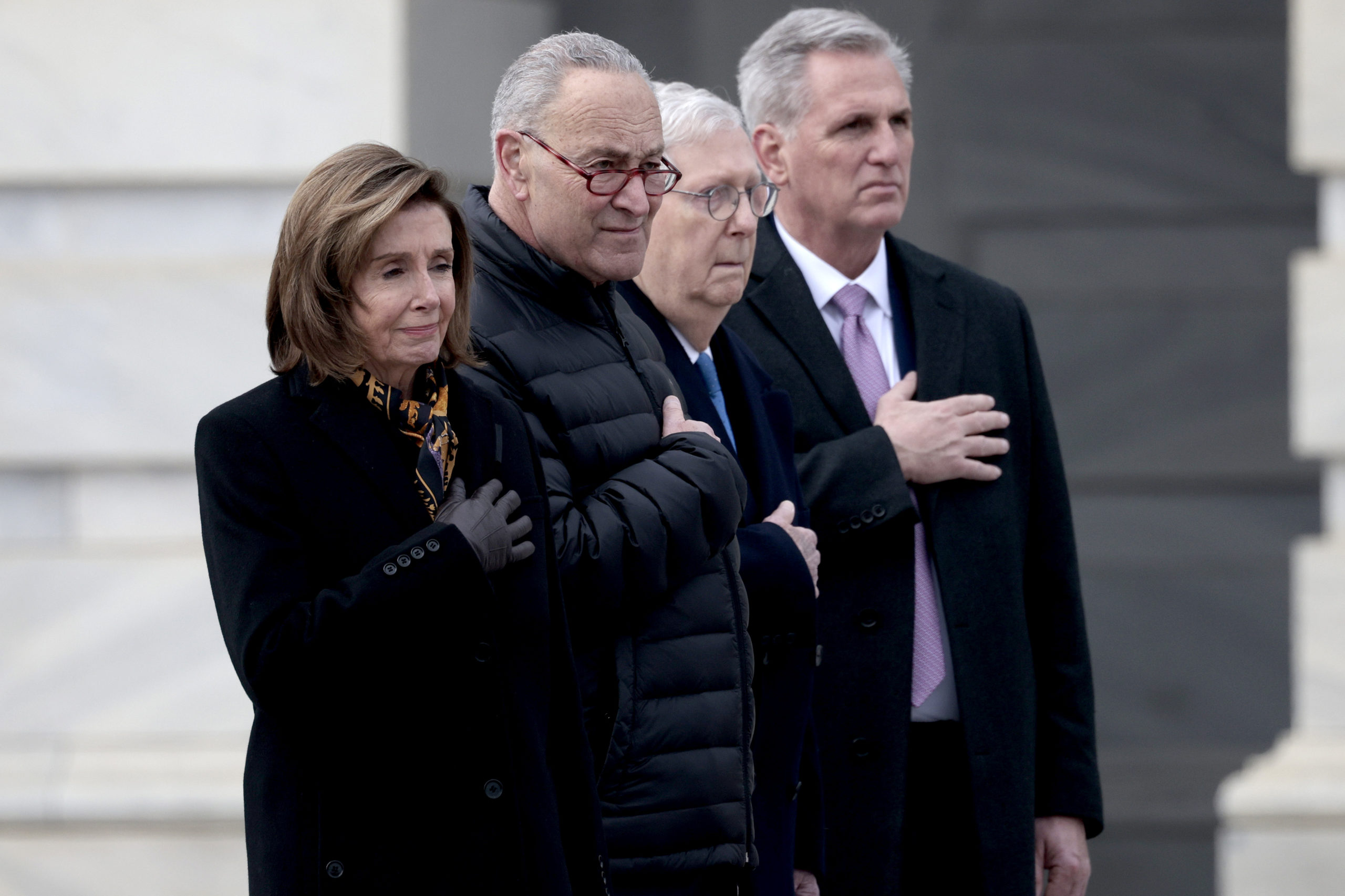 Other members, however, have either voluntarily abstained from trading stock or backed laws limiting their ability to own it, as polls show overwhelming, bipartisan support for reforms. Democratic Georgia Sen. Jon Ossoff reportedly is set to lead the way on a bill similar to the TRUST in Congress Act, which seeks to ban members and their close family from trading and has bipartisan support.

Stock trades have gotten members of both parties in hot water in the past. The topic became a frequent line of attack against former Republican Georgia Sens. Kelly Loeffler and David Perdue, both of whom lost their races in twin runoffs last January.