Former Detroit police chief James Craig is tied in a hypothetical 2022 matchup with Democratic Michigan Gov. Gretchen Whitmer, a poll commissioned by his campaign and obtained exclusively by the Daily Caller shows.

The poll, conducted by ARW Strategies, found both Whitmer and Craig drawing the support of 46% of Michigan voters. ARW Strategies surveyed 800 Michigan registered voters between Jan. 4-6, with a margin of error of 3.46%. Whitmer’s low approval rating among polled independent voters helped drive her numbers down, with 54% viewing her unfavorably. Only 42% viewed her positively.

“This poll demonstrates that the people of Michigan want new leadership in Lansing,” Craig told the Daily Caller. “Our positive message is resonating, and we will continue to lead from the front to improve the lives of all Michiganders.”

Elected in 2018, Whitmer has faced staunch criticism for her handling of COVID-19. Although she instituted strict rules prohibiting many businesses from opening in the early days of the pandemic, she created carve-outs for Planned Parenthood clinics to perform abortions. She also led a Black Lives Matter march where protesters did not practice social distancing. (RELATED: These Democratic Leaders Spurned Their Own COVID-19 Rules To Attend The Inauguration) 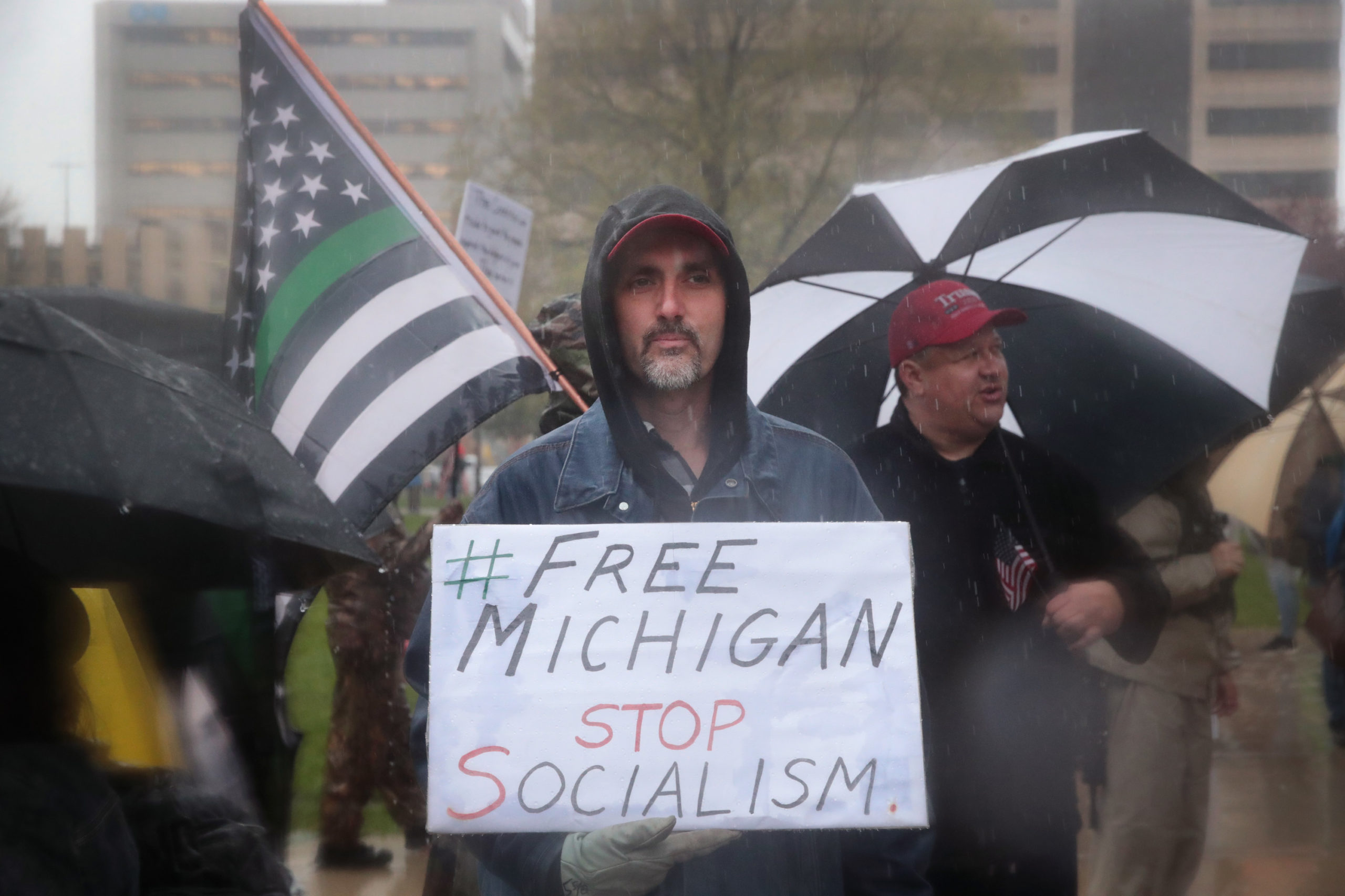 LANSING, MICHIGAN – MAY 14: Demonstrators hold a rally in front of the Michigan state capital building to protest the governor’s stay-at-home order on May 14, 2020, in Lansing, Michigan. Governor Gretchen Whitmer imposed the order to curtail the spread of the coronavirus COVID-19. (Photo by Scott Olson/Getty Images)

Craig retired from the Detroit Police Department in June 2021 after serving as police chief for eight years, and declared his candidacy in July during an appearance on “Tucker Carlson Tonight.” In addition to criticizing Whitmer’s COVID-19 behavior as “follow[ing] different rules” from other Michiganders, he has touted his record of preventing large-scale violence and crime during the 2020 Black Lives Matter protests.

“Detroit never burned and always our police officers mattered,” he said in one campaign ad.