National Education Association (NEA) president Becky Pringle requested “the leaders of Facebook, Twitter, and TikTok to prioritize the safety of people over profits,” according to the letter. She said the speed and reach of lies on social media are “manipulating” citizens in a way that wouldn’t be possible if their platforms didn’t exist and called on the companies to make a pledge to fix their algorithms to “regulate lies.”

There is “alarming growth of a small but violent group of radicalized adults who falsely believe that graduate level courses about racism are being taught in K-12 public schools because of misinformation spread on social media,” the letter said. “And there are another small yet vocal group of extremists who are putting the safety of our children, educators, and families at risk over the notion that wearing a mask is in infringement on personal liberty.”

Despite NEA claims that there are unfounded beliefs regarding “graduate level courses about racism,” in U.S. public schools, the union approved a plan to implement CRT in 14,000 school districts across all 50 states in July.

The letter substantiates claims that interests groups, such as teachers’ unions and education interest groups have been working with the government to influence policy and intimidate parents.

A late September 2021 letter from the NSBA asked the Biden administration to use statutes such as the USA PATRIOT Act to stop threats and violence directed toward school board members over actions that could be “the equivalent to a form of domestic terrorism and hate crimes,” according to the now-deleted letter for which the group has since apologized.

The request noted several issues related to school boards, which have been the battlegrounds for culture wars over mask rules, COVID-19 vaccinations, school reopenings, CRT and remote learning. 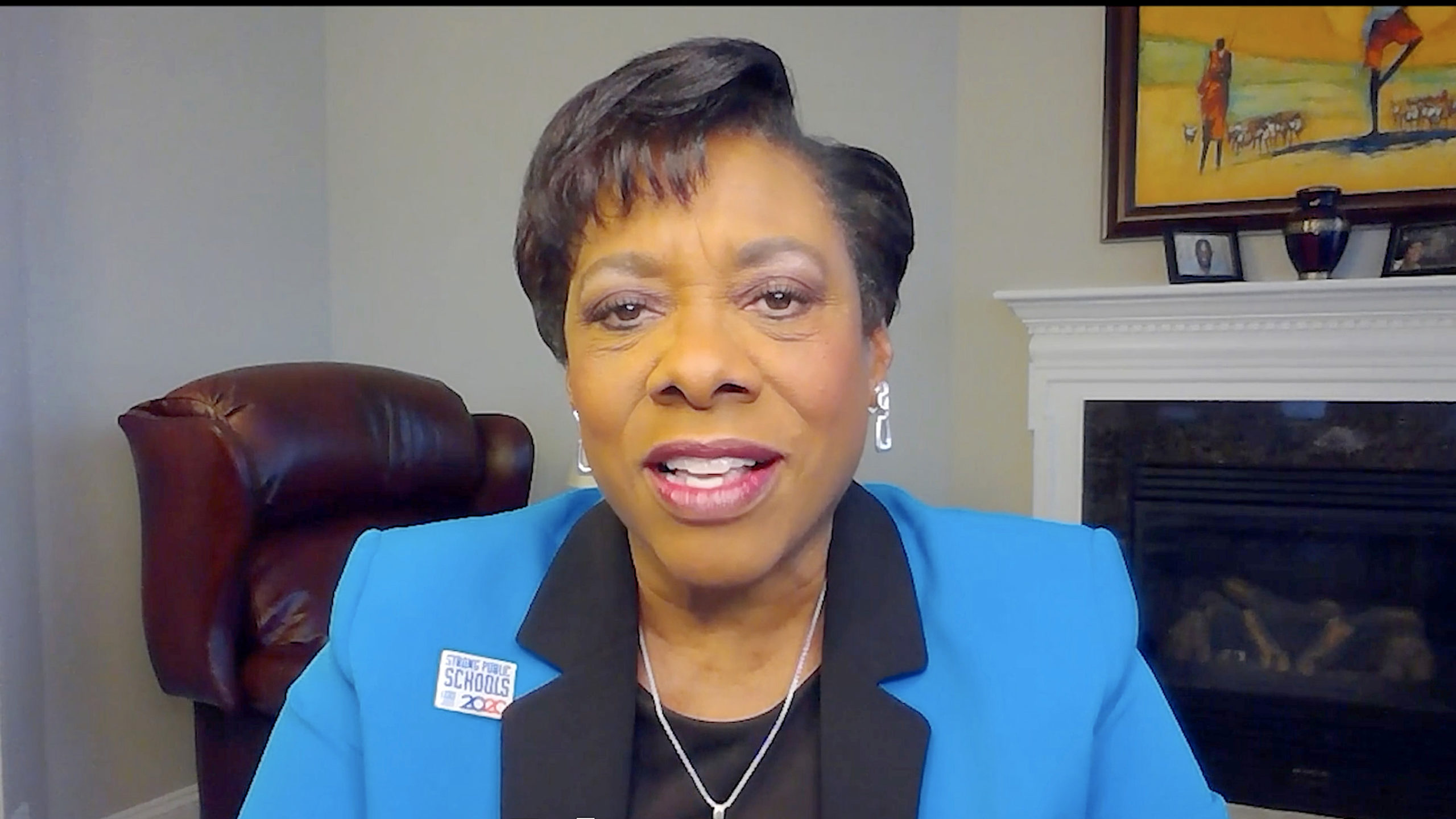 In this screengrab Becky Pringle participates in Supercharge: Women All In, a virtual day of action hosted by Supermajority, on September 26, 2020 in United States. (Photo by Getty Images/Getty Images for Supermajority)

Parents across the country have faced threats and intimidation tactics in an attempt to silence or discourage them from speaking out against school policies they disagree with, often at the behest of school boards, teachers unions, other parents and education administrators, multiple parents previously told the Daily Caller News Foundation. (RELATED: Texas Dads Arrested For Questioning School Board Demand Charges Against Them Be Dropped Following Superintendent Suspension)

Four days after the NSBA letter was sent, Attorney General Merrick Garland issued a memorandum that called on the FBI to “use its authority” against parents who threaten or use violence against public school officials.

In the letter, Pringle said the NEA applauded the move by the DOJ to mobilize “an entire new task force and issued a directive to investigate violence against educators.”

“But where is the urgency from the very companies that have helped fuel the conspiracies causing attacks?” Pringle wrote. “Our schools should be centers of learning, and your platforms have helped turn them into centers of a culture war.”

The NEA and the Department of Education did not respond to the DCNF’s requests for comment.