Djokovic’s visa was reinstated on Monday by Judge Anthony Kelly, but Immigration Minister Alex Hawke said in a statement Friday that he used his discretionary powers to cancel it again “on the basis that it was in the public interest to do so.” Australia requires all non-Australian visitors to be vaccinated to enter the country.

Djokovic’s lawyers said they would quickly apply for an injunction to prevent him from being forced to leave the country, and Kelly said he would try to resolve the case as soon as possible, NBC News reported. The Australian Open tournament begins on Monday, and the Serbian player’s record 21st major title is on the line. 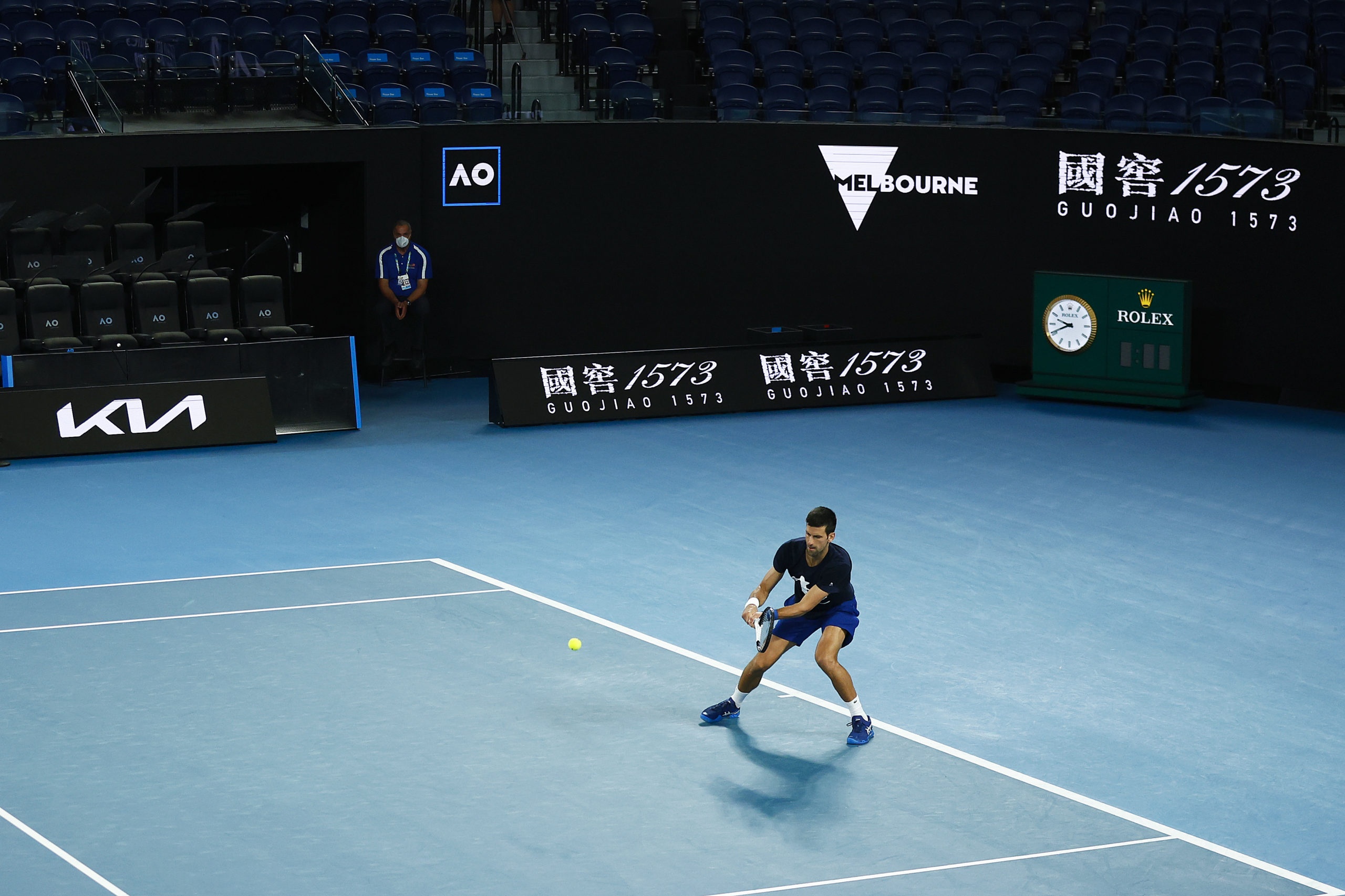 Novak Djokovic of Serbia plays a backhand during a practice session ahead of the 2022 Australian Open at Melbourne Park on January 14, 2022 in Melbourne, Australia. (Photo by Daniel Pockett/Getty Images)

The government is “firmly committed to protecting Australia’s borders, particularly in relation to the Covid-19 pandemic,” Hawke said in his statement. (RELATED: ‘Throw Him The F*ck Out’: Howard Stern Says Novak Djokovic Should Be Banned From Tennis)

Court filings confirmed Djokovic was unvaccinated, but his lawyers argued that he received a medical exemption to go to Australia because he had been diagnosed with COVID-19 in December and since recovered, NBC News reported. Djokovic admitted Wednesday that he had included a false statement on his travel form to get into Australia as he failed to immediately isolate after receiving a positive test result for COVID-19.

Should Djokovic’s bid to stay in Australia be denied for a second time, he may be unable to reapply for a visa for three years, NBC News reported.