The office of U.K. Prime Minister Boris Johnson issued an apology to Queen Elizabeth II on Friday for a party at the prime minister’s residence on the eve of Prince Phillip’s funeral, Reuters reported.

“It is deeply regrettable this took place at a time of national mourning and No. 10 (Downing Street) has apologised to the Palace,” Johnson’s spokesperson said, Reuters reported. The prime minister was at his country residence when the gathering took place, and he was not invited to the party, the spokesperson added.

Prince Philip died at the age of 99 in April 2021, after a month-long stay in the hospital in February where he was treated for an infection and underwent a heart operation.

Johnson faced intense criticism when he revealed on Wednesday that he briefly attended a “bring your own booze” party at his residence’s back garden in May 2020, during the country’s first lockdown. Citizens were only allowed to interact with one other person outdoors at this time, but more than 100 staffers were emailed an invitation. 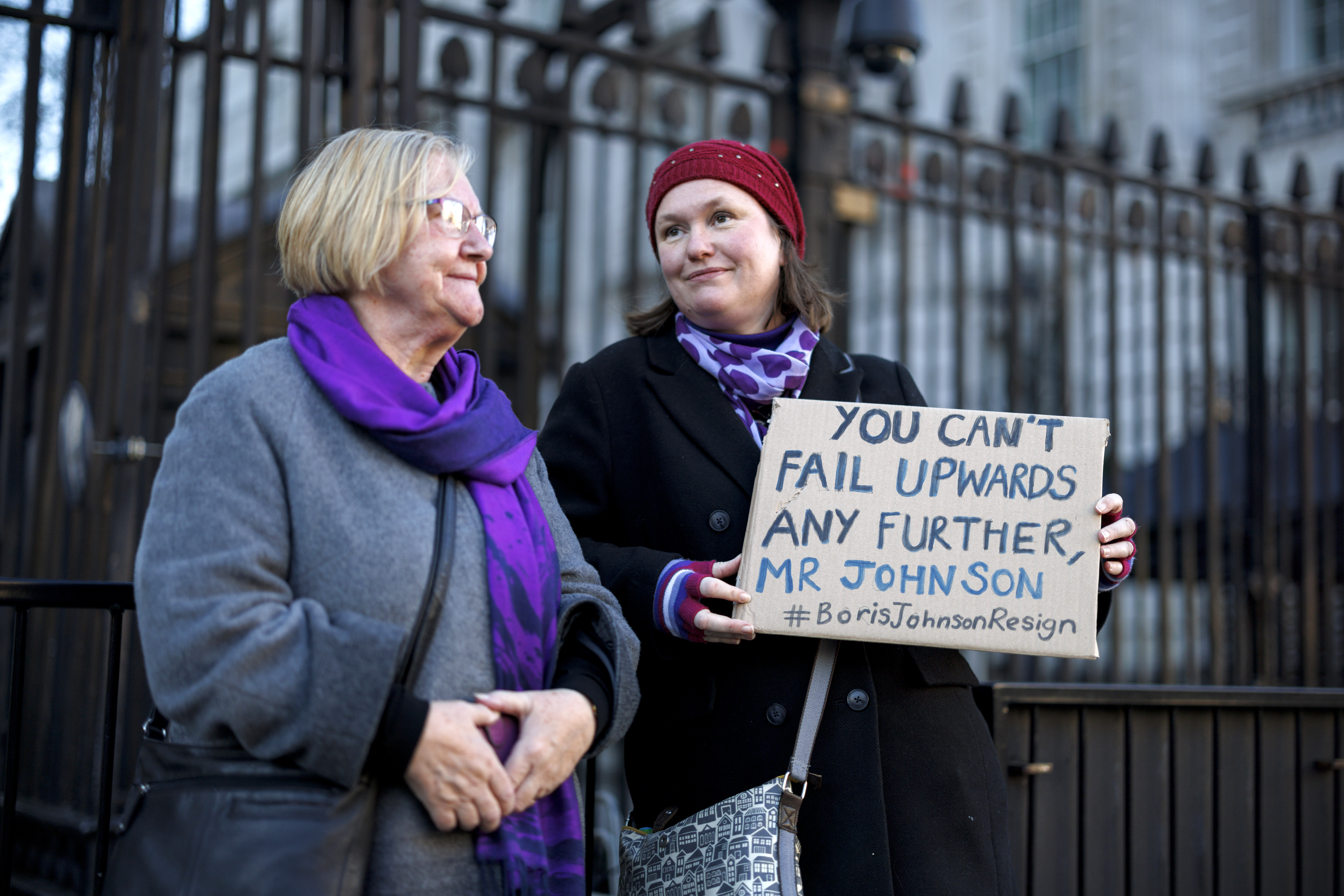 A woman holds a protest placard outside Downing Street on January 13, 2022 in London, England. (Photo by Rob Pinney/Getty Images)

The former head of the government unit behind the coronavirus restrictions also apologized for a gathering she held in December 2020 after leaving her position, Reuters reported. (RELATED: REPORT: Cocaine Evidence Found Near UK Prime Minister Boris Johnson’s Private Office)

Opponents have called for Johnson’s resignation, alleging hypocrisy for not following the guidelines he himself mandated for his constituents, with some fellow Conservatives joining in those calls, fearing lasting damage to the party, Reuters reported.

Foreign Secretary Liz Truss, who is seen as a possible successor to Johnson, said the prime minister made “real mistakes,” Reuters reported.

“We need to look at the overall position we’re in as a country, the fact that he (Johnson) has delivered Brexit, that we are recovering from COVID … He has apologised,” she reportedly said. “I think we now need to move on.”