A cyberattack struck the Ukrainian government on Thursday, leaving a warning to “be afraid and expect the worst” on government websites, Reuters reported.

The attack hit the foreign ministry, the cabinet of ministers, the security and defense council and more, Reuters reported. It left some websites inaccessible Friday morning, prompting Ukraine to open an investigation into the matter.

“Ukrainian! All your personal data was uploaded to the public network. All data on the computer is destroyed, it is impossible to restore it,” a message displayed on the hacked government websites said, Reuters reported.

“All information about you has become public, be afraid and expect the worst. This is for your past, present and future,” the message said, written in Ukrainian, Russian and Polish.

Though it is too early to determine who was behind the incident, Russia has been behind similar cyberattacks in the past, a Ukrainian foreign ministry spokesperson told Reuters. (RELATED: Biden Admin Recruited Russia Hawks To Prepare For Talks Over Ukraine) 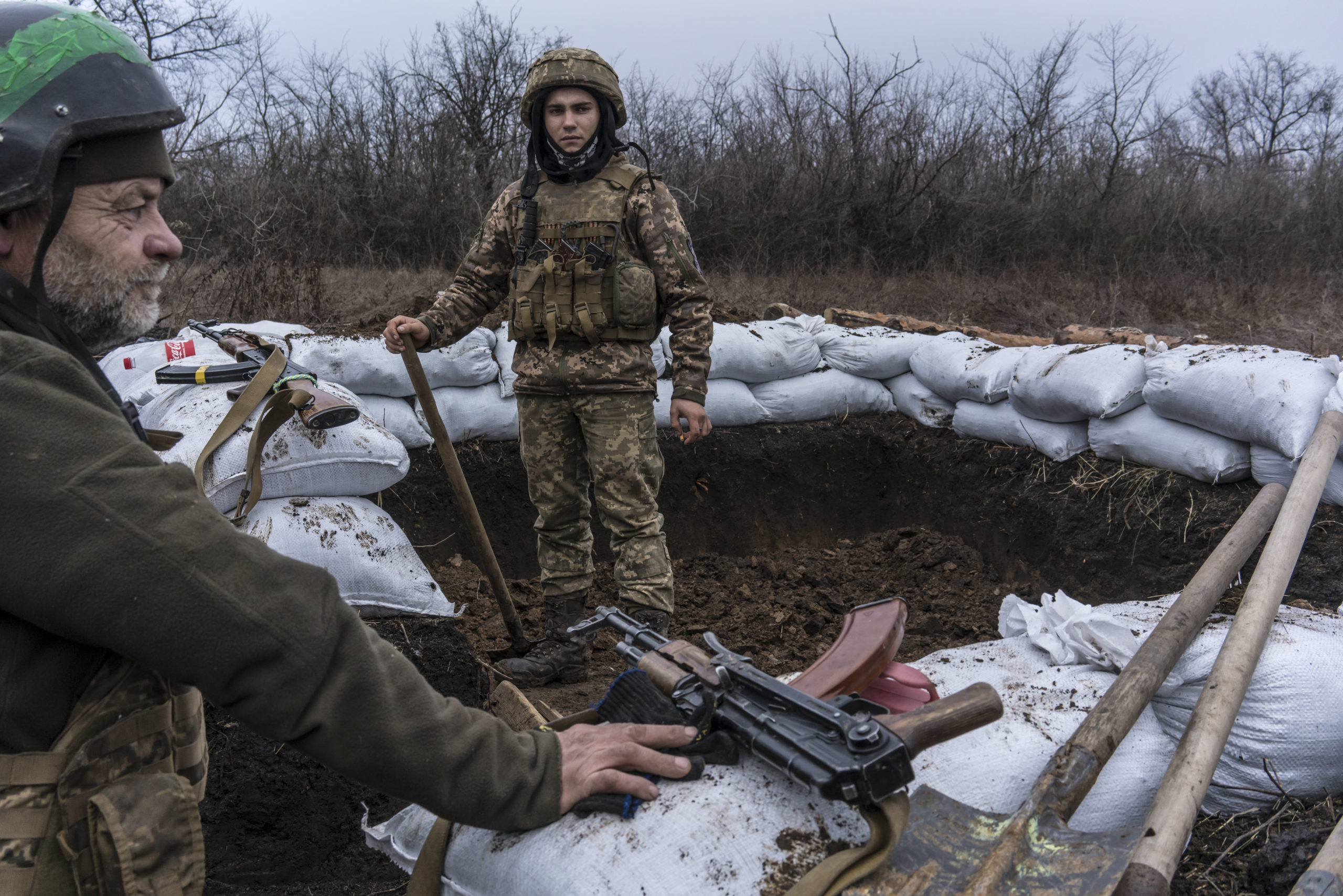 Ukrainian soldiers Mykhailo (L) and Pavlo build a bunker on the front line on December 12, 2021 in Zolote, Ukraine. (Photo by Brendan Hoffman/Getty Images)

“All subjects of cyber security were aware of such possible provocations by the Russian Federation,” a top Ukrainian security official said, according to Reuters. The government later said it had restored most of the affected sites and that no personal data had been stolen.

Russia has rejected calls to reverse its troop buildup along its border with Ukraine, with the U.S. warning Thursday that the chances of a Kremlin-led invasion were high, despite recent talks hoping to avoid one, Reuters reported.

“We were not expecting breakthroughs. This is not a negotiation at this point,” Secretary of State Antony Blinken told NPR on Thursday in the aftermath of the talks. “We’ll consult closely now in the days ahead with our partners and see where the Russians are.”

The U.S. also believes Russia has operatives ready to launch an operation in Ukraine that would manufacture a reason to invade.

“We do have information that indicates that Russia is already working actively to create a pretext for a potential invasion,” John Kirby, press secretary for the Pentagon, said at a briefing Friday. “We have information that they’ve prepositioned a group of operatives to conduct what we call a false flag operation.”

These operatives would carry out acts meant to look like an attack on Russia’s own forces and be used as an “excuse to go in,” he added.

“Our intelligence community has developed information — which has now been downgraded — that Russia is laying the groundwork to have the option of fabricating a pretext for an invasion,” National Security Adviser Jake Sullivan said at a briefing Thursday.

“We saw this playbook in 2014. They are preparing this playbook again. And we will have — the administration will have further details on what we see as this potential laying of a pretext to share with the press over the course of the next 24 hours,” Sullivan said.