An employee at the pet store tested positive for the Delta coronavirus variant on Monday in addition to several hamsters imported from the Netherlands, the AP reported. “We cannot exclude the possibility that the shopkeeper was in fact actually infected from the hamsters,” Edwin Tsui, a controller at the Centre for Health Protection, said.

“All pet owners should observe good personal hygiene, and after you have been in contact with animals and their food, you should wash your hands,” Leung Siu-fai, director of the Agriculture, Fisheries and Conservation Department, said during a news conference, the AP reported. He advised all pet owners to keep hamsters at home. “Do not kiss your pets,” he said.

Every person who purchased a hamster at the store since Jan. 7 will be traced and subjected to a mandatory quarantine in addition to handing over their hamsters to be killed, the AP reported. Mandatory testing will be given for those who purchased hamsters after late December 2021, and they must quarantine if their pets test positive. 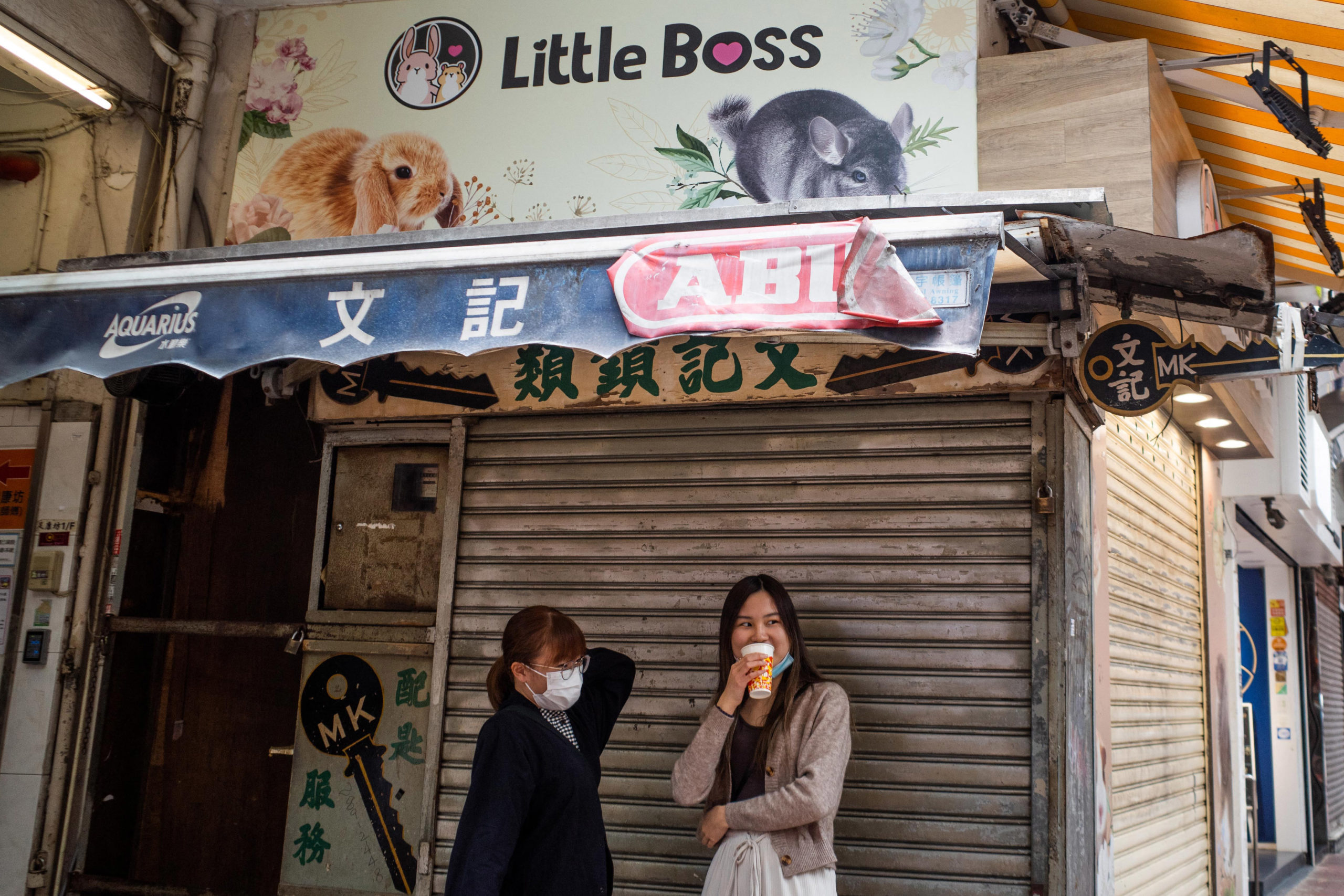 People stand under a banner for a pet shop where an employee and a customer later tested positive for Covid-19 after handling hamsters, in the Causeway Bay area of Hong Kong on January 18, 2022, sparking the city’s government to plan a cull of more than 1,000 of the animals after some tested positive for coronavirus as well. (Photo by BERTHA WANG/AFP via Getty Images)

Hong Kong’s Society for the Prevention of Cruelty to Animals said it was “shocked and concerned” authorities had chosen to slaughter the animals and urged the government against taking “any drastic action before reviewing its approach.” (RELATED: Denmark’s Minister Of Agriculture Quits After Mink Slaughter Outrage)

While many scientists believe the virus started in animals before making the jump to humans, minks are the only animals thus far proven to have caught the virus from people and spread it back, according to Dr. Scott Weese at the Ontario Veterinary College, the AP reported.

Officials in Beijing called for an end to overseas deliveries after traces of COVID-19 were found in the package of an infected woman. Beijing’s Centre for Disease Control said it could not rule out the package infecting the woman, and it suggested that people only open parcels outside while wearing gloves.