Students at California State University-Fullerton (CSUF) allege that the university’s College Progressives club is cyberbullying and harassing a veteran and conservative students, according to online instant messages obtained by the Daily Caller.

Marcos Zelada-Rodas, the chapter president of CSUF’s Turning Point USA club, told the Daily Caller that he was repeatedly cyberbullied by a handful of leftist students, according to Discord messages he obtained. One student admitted in chats to deleting messages out of fear that her “bullying” tactics would land her in trouble with university administrators.

The College Progressive students who partook in the Discord chat appeared to mock Zelada-Roda’s veteran status. Zelada-Rodas served in the U.S. Army from 2016 to 2019 as a Military Police Officer, according to his LinkedIn profile.

“Maybe I’ll bully [Zelada-Rodas] again another day,” one student said. “I hate when mother f***ers who weren’t even on active duty act all tough and rub in that they’re a veteran. ‘I fought for our country.’ You were in Philadelphia, Steve.”

In separate posts, the same student, who uses the pseudonym “cerealsock,” admitted that she deleted comments out of fear that a Turning Point USA student could report her for harassment to the university. “Cerealsocks” said she fantasizes about being in a “fursuit” and beating Zelada-Rodas’ “a**.” She also threatened to “silence” him. 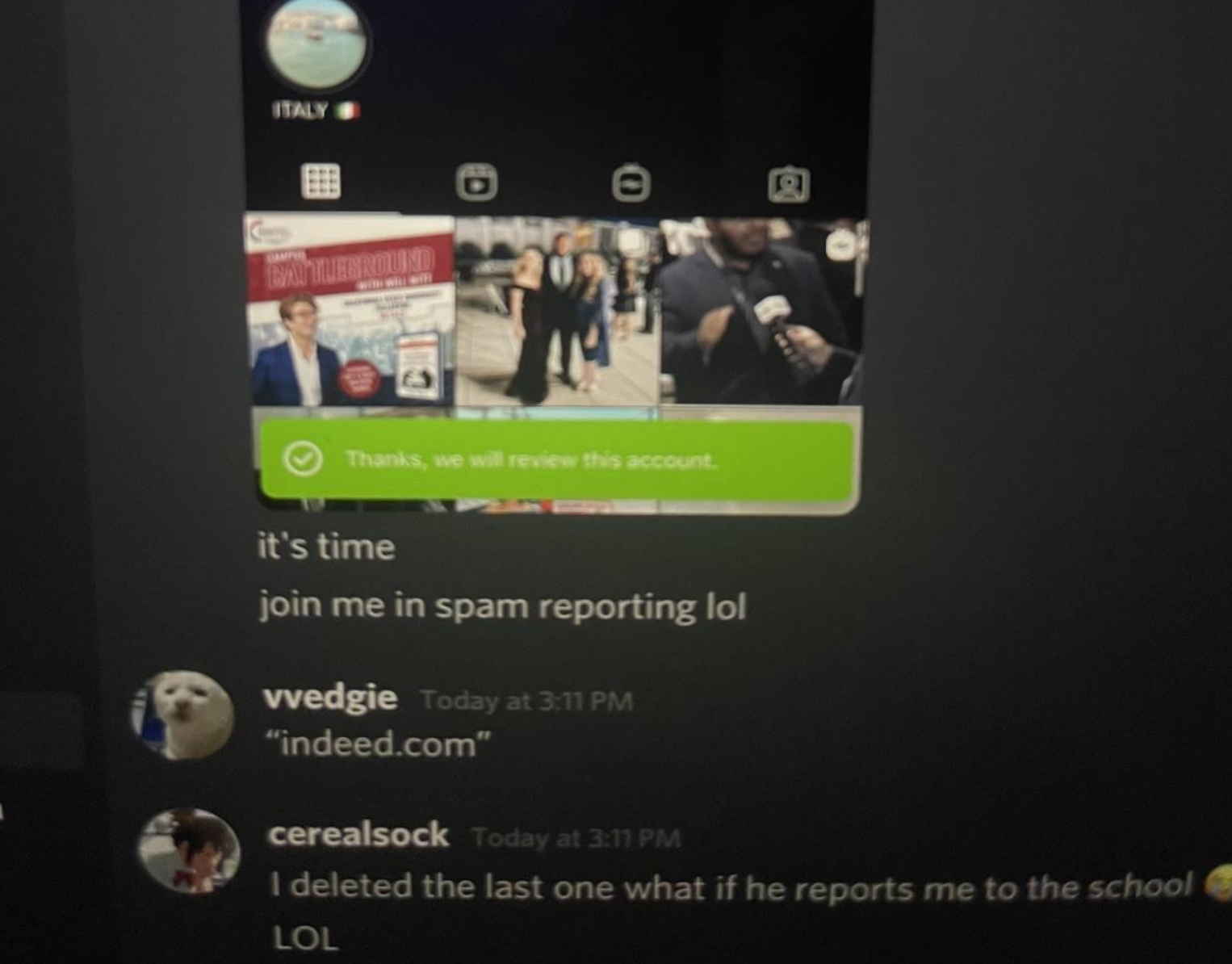 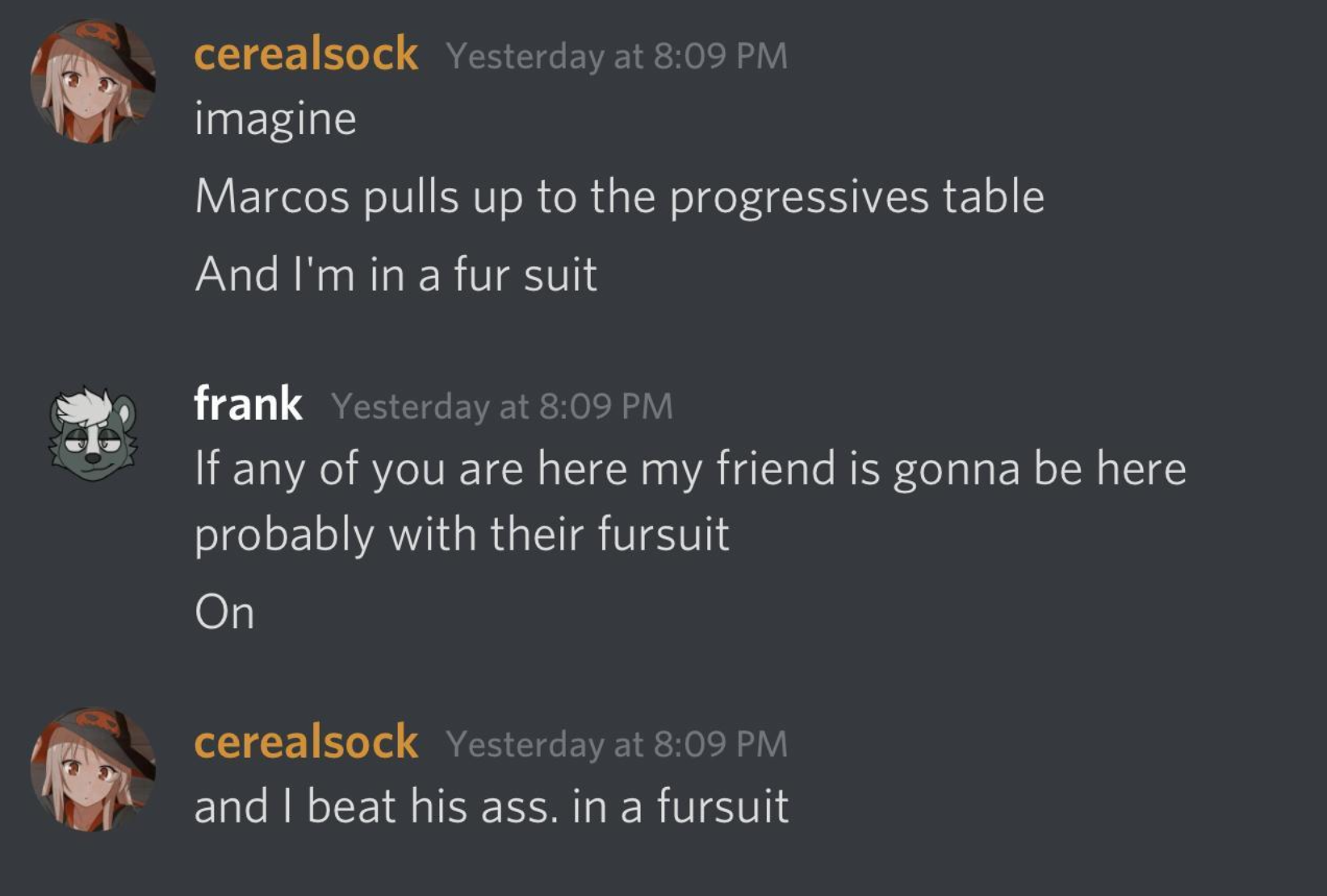 Another student suggested that military members who are not on active duty be dropped in the Korangal Valley, a location in Afghanistan where 42 American servicemen died fighting and hundreds of others were wounded.

“We need to just drop them all in Korangal Valley,” the screen name “Nebulaen” said. “Then we can see how tough they are.”

TPUSA students suspect “Nebulaen” is Christian Lorenz, a member of the campus progressive group, because Lawrenz uses that screen name on other social media profiles as well. The Daily Caller reached out to Lawrenz to confirm his participation in the chat. 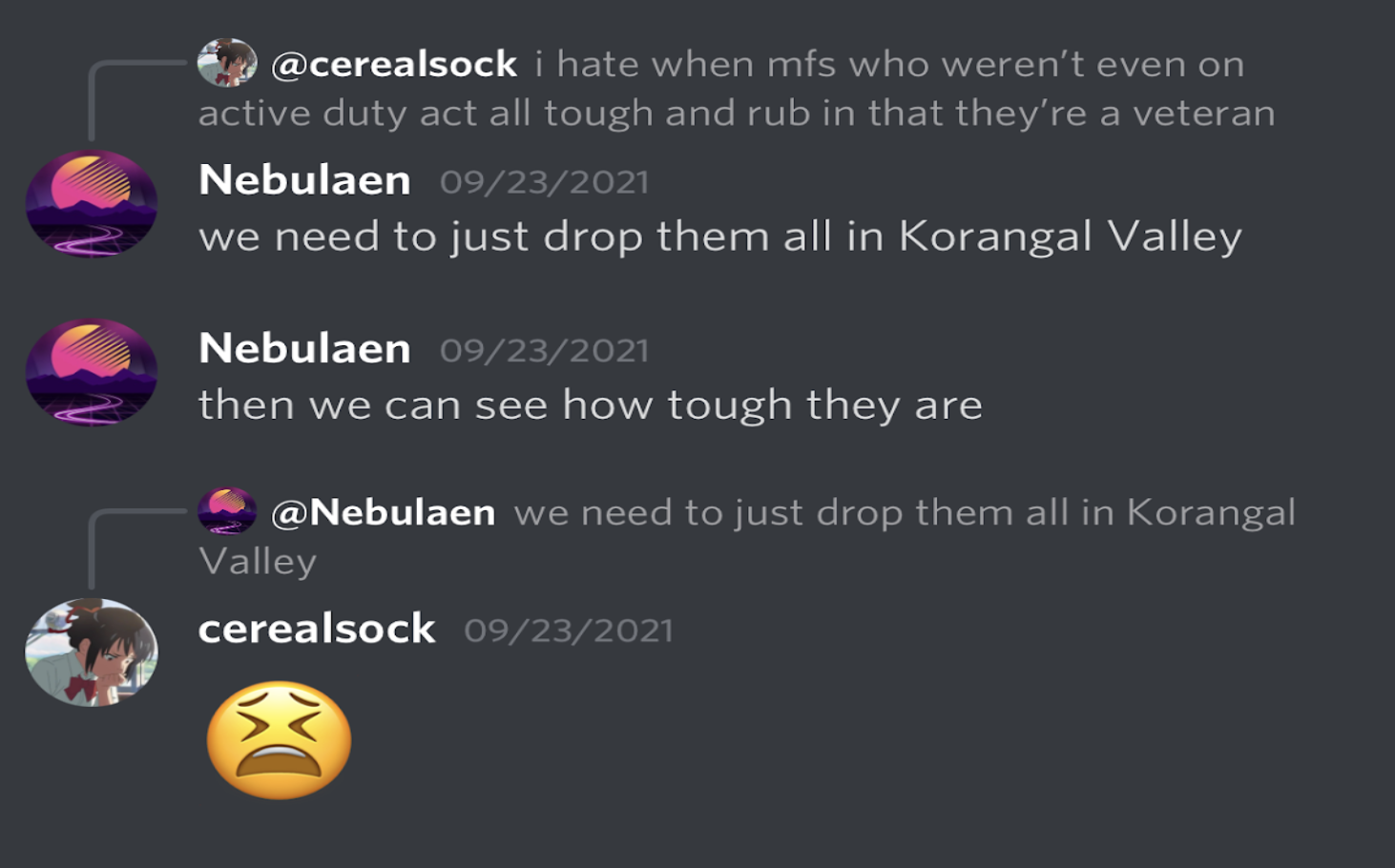 Lawrenz made unflattering comments about unvaccinated Americans as well. The student said that unvaccinated individuals belong in “re-education camp,” according to Discord messages. (RELATED: Democrats Seemingly Mock Parents Who Want A Say In Public Education)

Another College Progressive member commented on a post about Turning Point USA chapters at CSUF and the University of California-Irvine protesting against vaccine mandates.

“Let nature do its job,” the leftist student said.

“I have called for immediate disciplinary actions without any leniency due to their political views that the university may share,” Zelada-Rodas said. “I know if a conservative acted in such a way they would be held to the highest standard and disciplined harshly, as they should.”

California State University-Fullerton did not respond to the Daily Caller’s request for comment.

Nicholas Stratos, the president of CSUF’s College Progressives, told the Daily Caller that one of the conditions to participate in the Discord chat is “to remain civil and be respectful.”

“We do not condone deliberately hurtful language,” Stratos said. “Our agreement is that any individual who acknowledges they’ve broken rules faces removal from the Discord as well as the club itself. We will also be reiterating these rules in the server following this incident.”