Secretary of State Antony Blinken said the stakes are high for Ukraine as tension with Russia escalates, noting that the situation threatens its “right to exist.”

Blinken noted how Russian troops have interfered with the sovereignty of multiple countries in the region, including Georgia and Moldova. He speculated Russia’s attempts to “turn its neighbors into puppet states” will only intensify if it invades Ukraine.

“Once the principles of sovereignty and self-determination are thrown out, you revert to a world in which the rules we shaped together over decades erode and then vanish,” Blinken said. (RELATED: Administration Officials Forced To Clean Up Biden’s Ukraine Remarks)

Russia has demanded NATO take back its promise to admit Ukraine as a member in addition to asking NATO to limit weapons deliveries in the region. 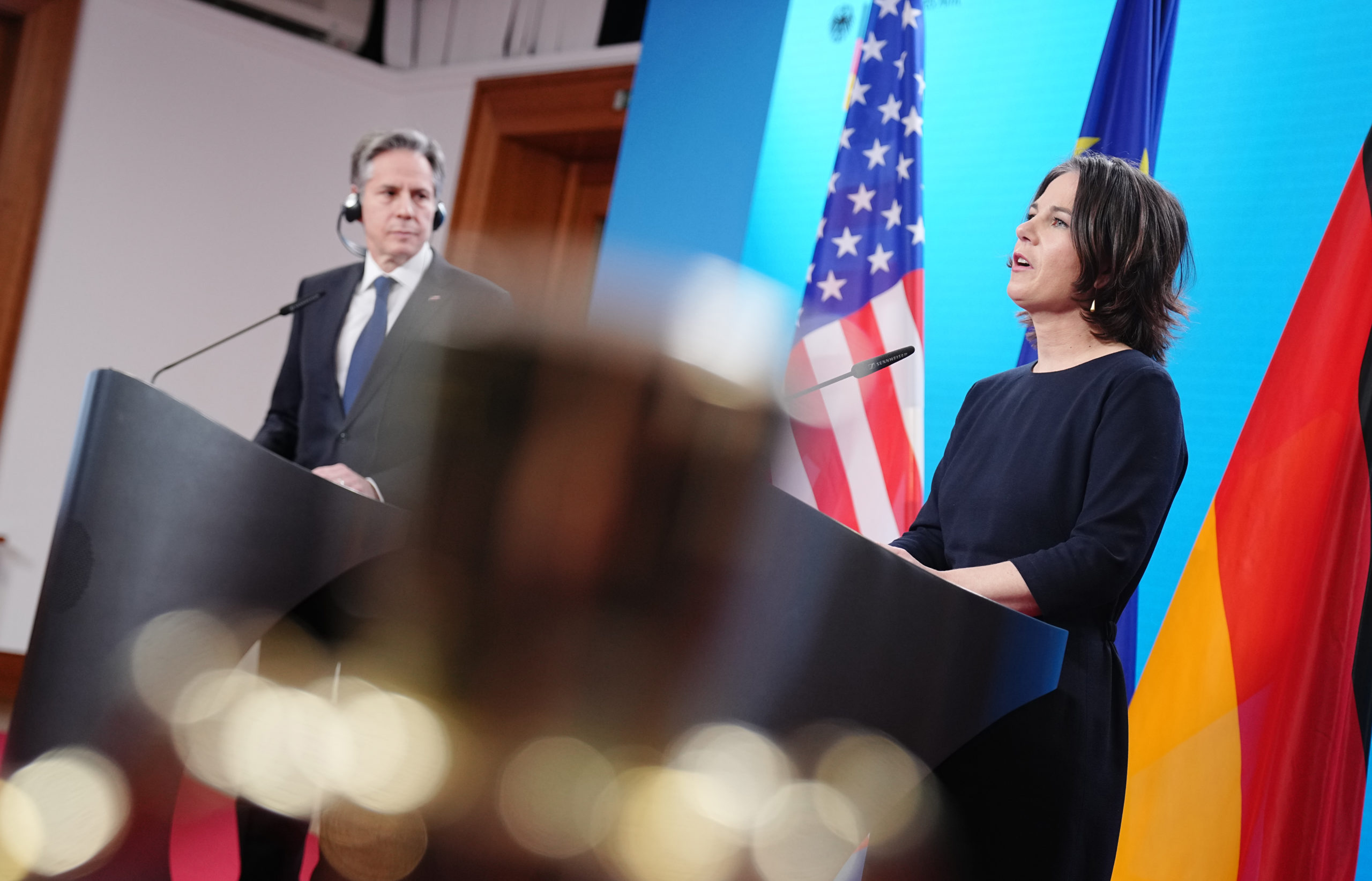 German Foreign Minister Annalena Baerbock (R) and US Secretary of State Antony Blinken give a press conference after meeting with their counterparts from France and Britain at the German Foreign Office on January 20, 2022 in Berlin, Germany. (Photo by Kay Nietfeld – Pool/Getty Images)

Roughly 100,000 Russian troops are stationed at the Ukrainian border, and White House press secretary Jen Psaki said on Tuesday that an invasion could happen “at any point.” The U.S. Department of Treasury announced it was sanctioning four Ukrainian officials on Thursday for efforts to destabilize the nation on behalf of Russia.

“The individuals designated today act at the direction of the Russian Federal Security Service (FSB), an intelligence service sanctioned by the United States, and support Russia-directed influence operations against the United States and its allies and partners,” the department said in a statement.

The U.S. believes Russia is preparing to have its operatives launch a false flag campaign to create a pretext for an invasion.

“We do have information that indicates that Russia is already working actively to create a pretext for a potential invasion,” John Kirby, press secretary for the Pentagon, said at a briefing Friday. “We have information that they’ve prepositioned a group of operatives to conduct what we call a false flag operation.”