Secretary of State Antony Blinken met with Russian Foreign Minister Sergei Lavrov in Geneva on Friday in hopes of determining whether a diplomatic solution with regard to Ukraine is viable, BBC News reported.

“This is a critical moment,” Blinken said during his opening remarks, noting that the parties “don’t expect to resolve our differences here today.”

In the aftermath of the meeting, Blinken told reporters the goal of the U.S. was to figure out if “Russia is prepared to take the diplomatic path” and move towards de-escalation. He described the talks as “frank and substantive,” reiterating the U.S. and allies would respond with “swift, severe, and a united response” if Russia were to invade.

Russia has amassed approximately 100,000 troops along its border with Ukraine and demanded NATO rescind its promise to Ukraine to give it membership in addition to vowing not to place weapons in countries bordering the authoritarian regime. NATO has called the demands a non-starter. 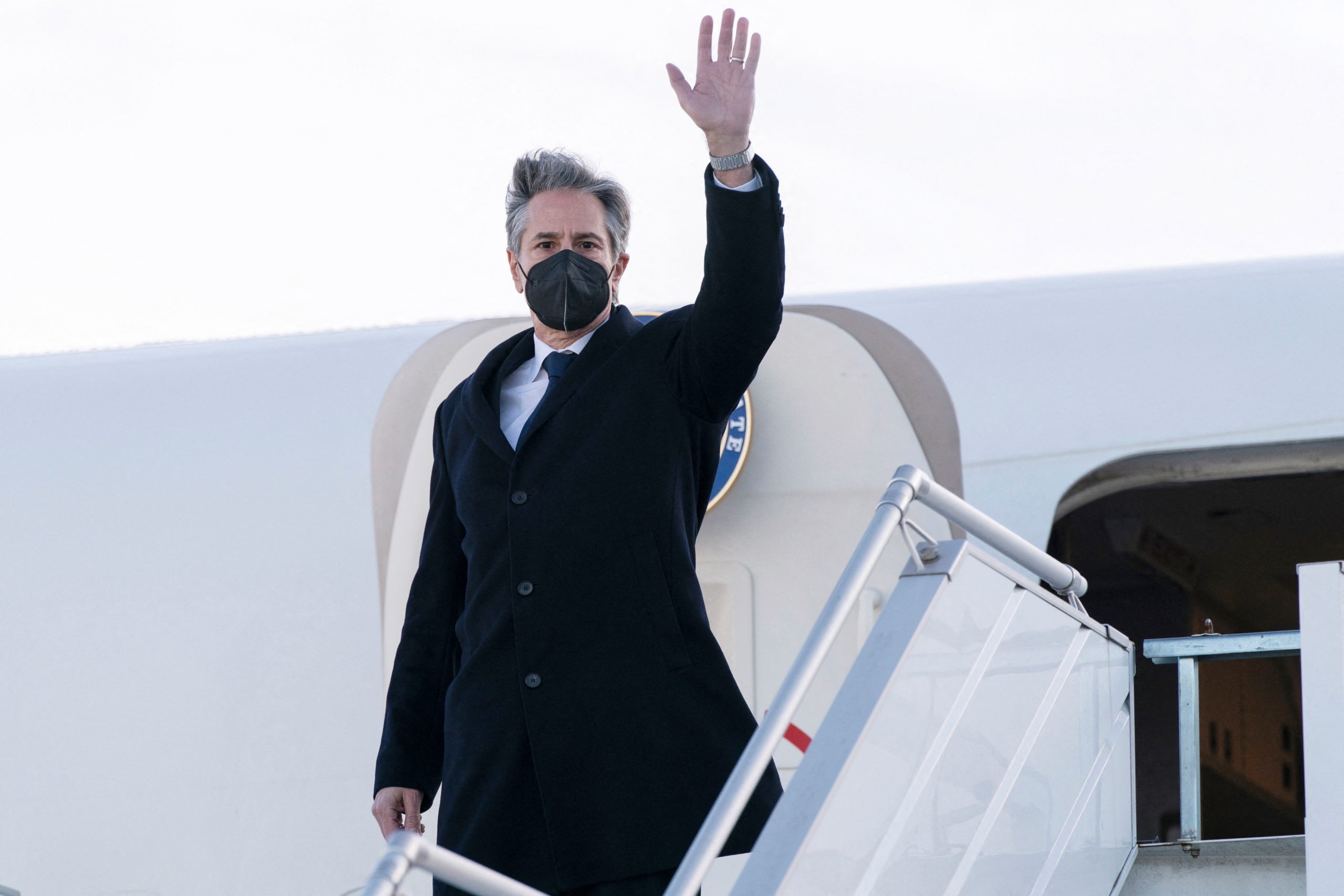 US Secretary of State Antony Blinken waves as he leaves at Geneva Airport, Switzerland on January 21, 2022. (Photo by ALEX BRANDON/POOL/AFP via Getty Images)

Lavrov accused NATO of working against Russia and claimed Moscow has “never threatened the Ukrainian people” nor has plans to invade, BBC News reported. He said his talks with Blinken were open and useful and that the U.S. will present Russia with a written response to its security red lines “next week,” BBC News reported.

Blinken said he “laid out several ideas” as a means to “find common ground” in the spirit of reciprocity. Analysts have suspected these ideas could include more transparency on military exercises in the region or bringing back restrictions on missiles in Europe, BBC News reported. (RELATED: Blinken: Russia Threatens Ukraine’s ‘Right to Exist’)

“This was not a negotiation but a candid exchange of concerns and ideas,” Blinken said. “I made clear to Minister Lavrov that there are certain issues and fundamental principles that the United States and our partners and allies are committed to defend. That includes those that would impede the sovereign right of the Ukrainian people to write their own future. There is no trade space there — none.”