President Joe Biden’s administration released Friday what it says is the first-ever video footage from inside the White House Situation Room.

A first: The @whitehouse releases *video* footage from inside the Situation Room. We’ve seen still photos for years, but the Biden administration says this is the first-ever video release from inside the super-secret space: https://t.co/GNV8VtYtqz

“Today, President Biden met with Prime Minister Kishida to further strengthen the U.S.-Japan Alliance – the cornerstone of peace and security in the Indo-Pacific and around the world,” Biden’s White House said of the meeting. 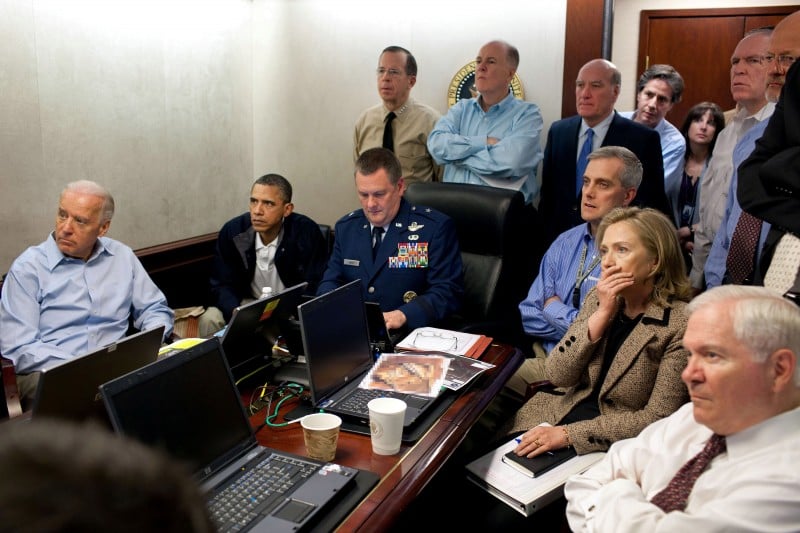 FILE PHOTO: U.S. President Barack Obama (2nd L) and Vice President Joe Biden (L), along with members of the national security team, receive an update on the mission against Osama bin Laden in the Situation Room of the White House, in Washington, U.S., May 1, 2011. (White House/Pete Souza/Handout via REUTERS)

Biden’s White House released the footage as his administration is running into numerous roadblocks on virtually all of its priorities. Biden’s Build Back Better Act and his elections bills are both dead in the water in Congress, while the Supreme Court also struck down his vaccine-or-test mandate for companies. Polls showed both Biden and Vice President Kamala Harris at all-time lows this week, the one-year anniversary of their inauguration.