Republican Ohio Rep. Jim Jordan laid out Thursday what investigations the GOP would focus on if Republicans win back the House in the midterm elections and he becomes the chairman of the House Judiciary Committee.

Jordan, the ranking member of the Judiciary Committee, was asked in an interview with Lisa Boothe what kind of investigations Americans might see with him at the helm of a Republican-led House Judiciary Committee. Jordan responded by saying there were three issues at the top of his list.

“The top three are the DOJ, what they’re doing to parents. I mean, the idea that we had this whistleblower come forward and tell us that there was an email sent out and talked about this threat tagged designation is a label put on moms and dads and what’s happening there. So that’s priority number one,” Jordan said on the podcast. (RELATED: EXCLUSIVE: Reps Comer, Jordan Demand Fauci To Explain Possible ‘Discrepancy’ In Sworn Congressional Testimony)

“Priority number two, and equally as important, is the chaos that is now our southern border and has been that way for a year ever since Biden took office. So we have to get control of that and we have to highlight how wrong … [Department of Homeland Security (DHS) Secretary Alejandro] Mayorkas is yet to come in front of the Judiciary Committee. That never happened,” the Ohio Republican continued. “Secretary Mayorkas every year would come in front of the Judiciary Committee because we have primary jurisdiction over immigration law, and he’s yet to appear in front of our committee. He’ll go in front of the other committees, but we won’t come in front of ours, Jerry Nadler will never bring him in. So those are the two front and center.”

Republicans on the House Judiciary Committee pressed Committee Chairman Jerry Nadler in December to schedule a hearing with Mayorkas amid the ongoing border crisis. Jordan and House Republicans have criticized Mayorkas for not handling the border crisis, as migrants continue to pour across the U.S. border daily, and call on Nadler to invite Mayorkas to testify. 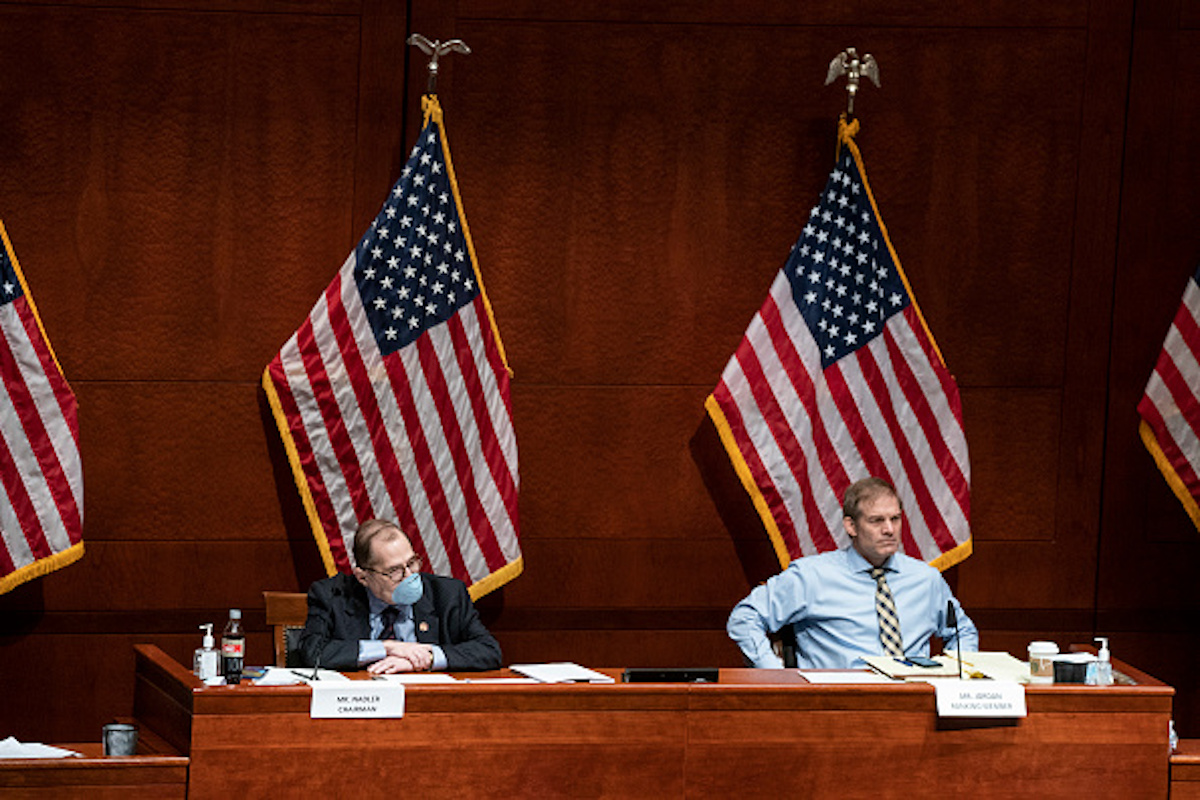 “The third is one we’re just talking about. We will do a joint investigation with the Oversight Committee. And I would like to do it in conjunction with Sen. Paul and Sen. Johnson on the origins of this [COVID-19], Fauci, and all the other things,” he continued. “Think about this Lisa, everything that they lied to us about or misled us about. I mean, first of all, Joe Biden said he had a plan.” (RELATED: EXCLUSIVE: Jim Jordan, Judiciary Republicans Reintroduce Bill That Would Amend Section 230’s Protections For Big Tech)

“Joe Biden said we would never have a mandate. They said that it didn’t come from a lab. They said that they weren’t doing gain-of-function research. They told us that the vaccinated can’t get it. They told us the vaccinated can’t transmit it. They told us there’s no such thing as natural immunity,” Jordan added on the podcast. “I mean, there’s, I don’t know how many that is. There are six or seven things that they misled and there’s a bunch of other things they misled us on. So, we need— we need oversight and the truth to get to the American people on that issue as well.”

Jordan is set to become the House Judiciary Committee Chairman if Republicans can win back the House in the midterm elections.