The North Atlantic Treaty Organization (NATO) said Monday that it was deploying fighter jets and aircraft carriers to Eastern Europe as Russia prepares to launch a military invasion into Ukraine.

“NATO Allies are putting forces on standby and sending additional ships and fighter jets to NATO deployments in eastern Europe, reinforcing Allied deterrence and defence as Russia continues its military build-up in and around Ukraine,” the alliance said in a statement.

Specifics surrounding how many ships and jets would be sent remained unclear. The announcement came a day after President Joe Biden reportedly began considering whether to send thousands of U.S. troops to the region in an attempt to deter Russia as tensions between the two superpowers continue to rise.

“The United States has also made clear that it is considering increasing its military presence in the eastern part of the Alliance,” NATO said.

The statement outlined how NATO members plan to join the allied military front. Denmark is deploying a frigate to the Baltic Sea and four fighter jets to Lithuania, Spain is dispatching ships and jets in the same manner and France has said that it may send troops to Romania.

“NATO will continue to take all necessary measures to protect and defend all Allies, including by reinforcing the eastern part of the alliance,” NATO Secretary General Jens Stoltenberg said. “We will always respond to any deterioration of our security environment, including through strengthening our collective defence.” (RELATED: ‘Critical Moment’: US-Russia Meet As Fears Of Ukraine Invasion Grow) 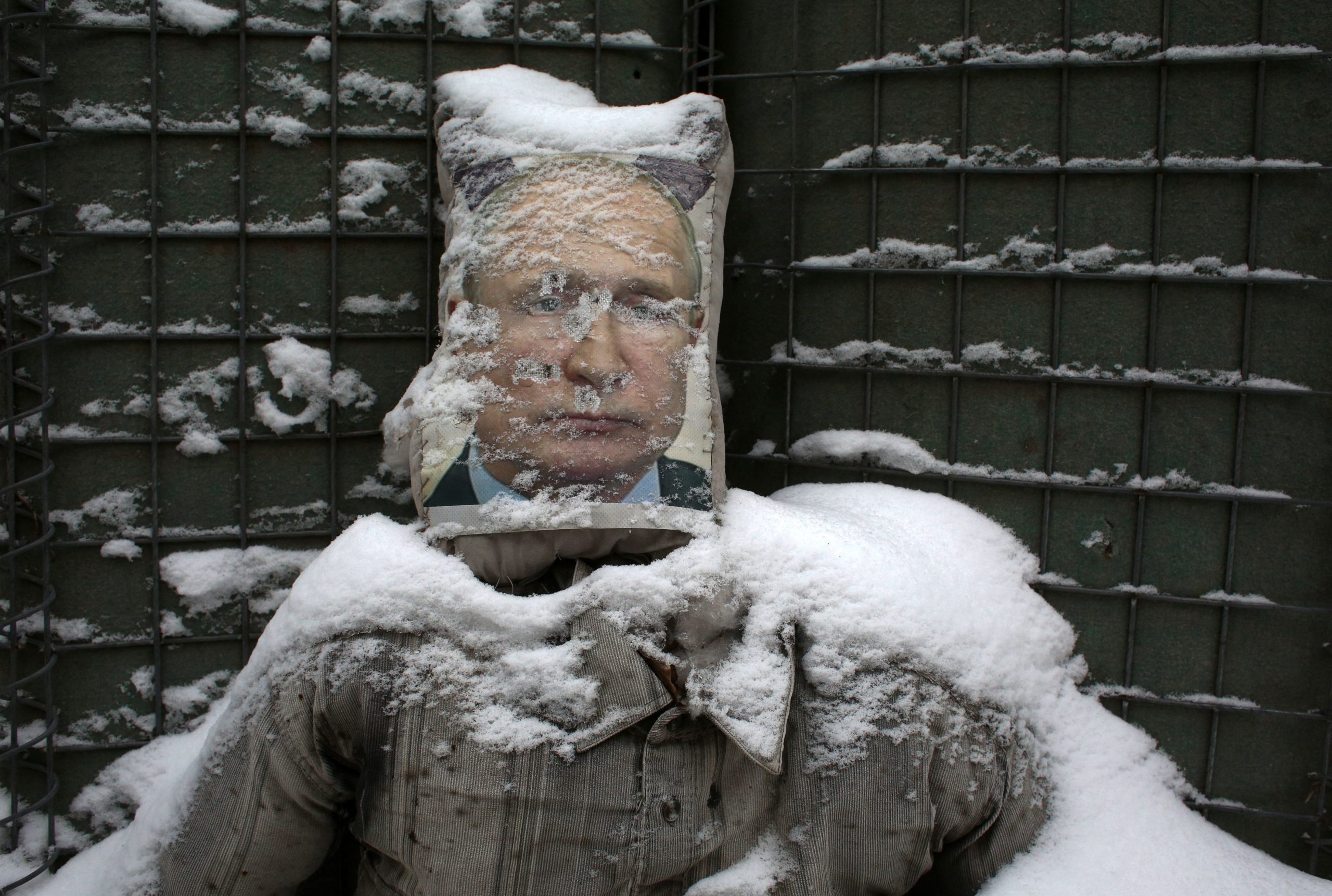 Russian President Vladimir Putin is used as target practice along a trench on the frontline with Russia-backed separatists in eastern Ukraine. (ANATOLII STEPANOV/AFP via Getty Images)

The allied forces will counter over 100,000 Russian troops stationed near the Ukrainian border. And while Russia seems poised to invade the former member of the USSR, having already invaded Crimea in 2014, the Kremlin has denied that it plans to invade this sovereign nation. (RELATED: Blinken: Russia Threatens Ukraine’s ‘Right To Exist’)

“As for specific actions, we see statements by the North Atlantic Alliance about reinforcement, pulling forces and resources to the eastern flank. All this leads to the fact that tensions are growing,” Peskov said, according to Reuters. “This is not happening because of what we, Russia, are doing. This is all happening because of what NATO and the U.S. are doing and due to the information they are spreading.”

Meanwhile, the U.S. has warned that any Russian invasion will result in severe consequences. Secretary of State Antony Blinken said Sunday that an Russian entrance into Ukraine will lead to a “swift, severe and unified response,” while President Joe Biden said Wednesday that a Russian invasion would result in “disaster” for the state.