A federal court blocked Alabama’s new congressional map on Monday, ruling that it violated the Voting Rights Act by denying black voters in the state a second majority-black district.

The ruling gives Alabama’s Republican legislature two weeks to draw a map with “two districts where Black voters either comprise a voting-age majority or something quite close to it.” If the decision stands, it could lead to Democrats gaining a seat in the House, shifting the state’s House delegation to 5-2, down from the GOP’s current 6-1 advantage.

“Black voters have less opportunity than other Alabamians to elect candidates of their choice to Congress,” the three-judge panel wrote. “We find that the plaintiffs will suffer an irreparable harm if they must vote in the 2022 congressional elections based on a redistricting plan that violates federal law,” they said. (RELATED: Republicans Notch Big Win As Court Upholds North Carolina’s New Congressional Map) 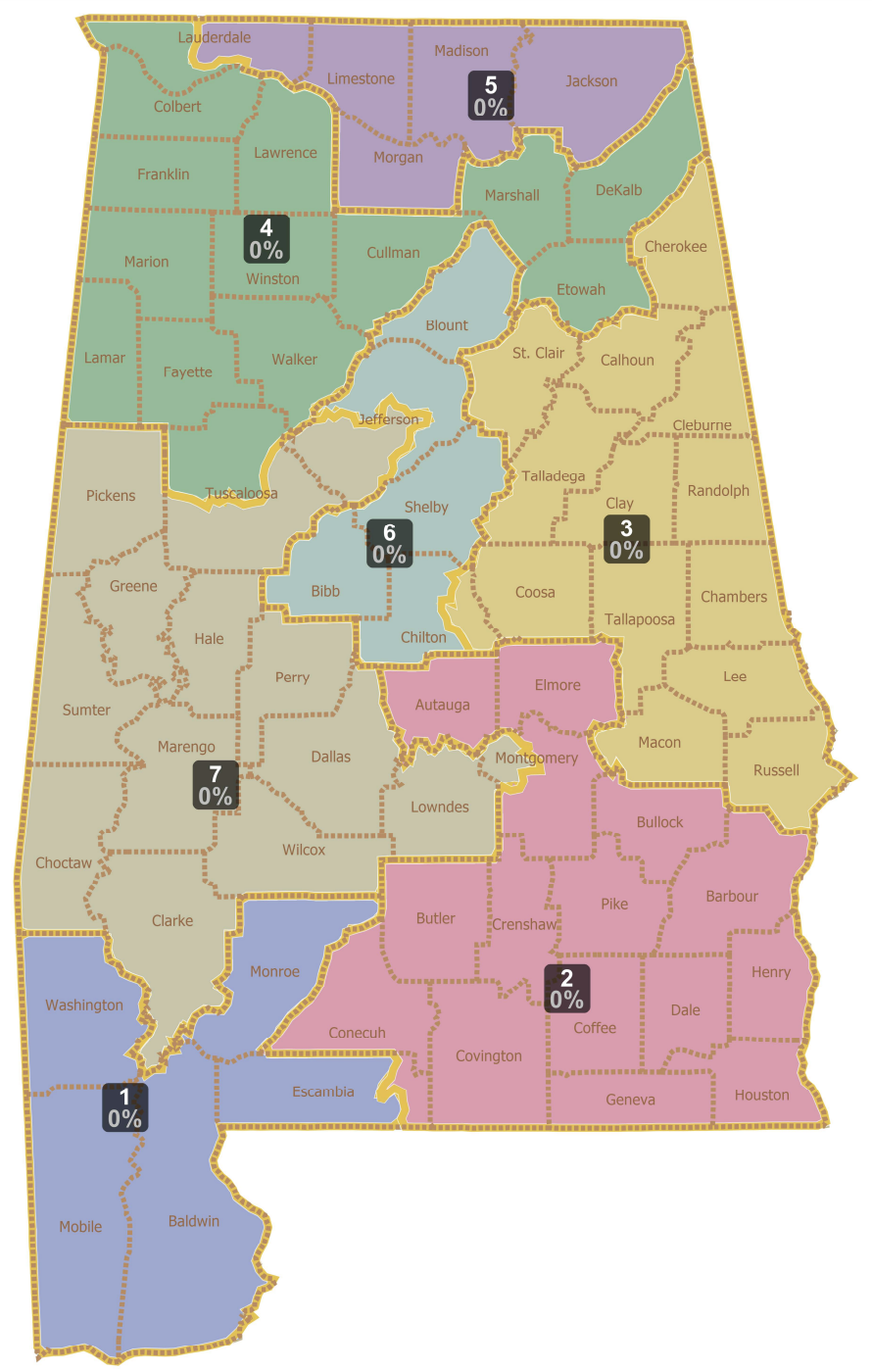 The Alabama state legislature adopted this map in November, only for it to be thrown out by a court Monday. (Courtesy Alabama Legislature)

Alabama’s population is about 27% black, according to the latest census numbers. Democrats praised the court’s decision, which also pushed back the state’s filing deadline from Jan. 28 to Feb. 11 to allow potential candidates to decide whether to run based on the new map. (RELATED: Ohio Supreme Court Throws Out GOP-Drawn Congressional Map That Bolstered Republicans Statewide)

“This decision is a win for Alabama’s black voters, who have been denied equal representation for far too long,” said former U.S. Attorney General Eric Holder, who leads the National Democratic Redistricting Committee, The New York Times reported. “The map’s dilution of the voting power of Alabama’s black community – through the creation of just one majority-black district while splitting other black voters apart – was as evident as it was reprehensible.” (RELATED: Top House Forecaster: Republicans’ Redistricting Advantage Hardly Panned Out)

Republicans, however, criticized the court’s decision, vowing to appeal.

“The Attorney General’s Office strongly disagrees with the court’s decision and will be appealing in the coming days,” a spokesman for the office of Alabama’s attorney general said.

The decision comes over a week after the Ohio Supreme Court threw out its own congressional and state legislative maps, saying that the Republican-drawn lines failed to meet the standards limiting partisan gerrymandering adopted by voters in 2018. A lawsuit seeking to throw out North Carolina’s GOP-drawn map is also making its way to the state’s Supreme Court, where Democrats hold a 4-3 majority.