A federal grand jury indicted six men for conspiring to break federal export laws by illegally smuggling arms and munitions to the Cártel Jalisco Nueva Generación (CJNG), “one of the largest and most violent drug cartels in Mexico,” according to the DOJ.

The DOJ alleges Marco Antonio Santillan Valencia, from Whittier, California, led the smuggling ring and transported high-powered weaponry, including barrel rotary machine guns, incendiary ammunition and weapons parts worth over $300,000 across the border to aid the cartel. (RELATED: Police Investigating Sexual Assault Accusations Levied Against Ex-State Speaker Of The House) 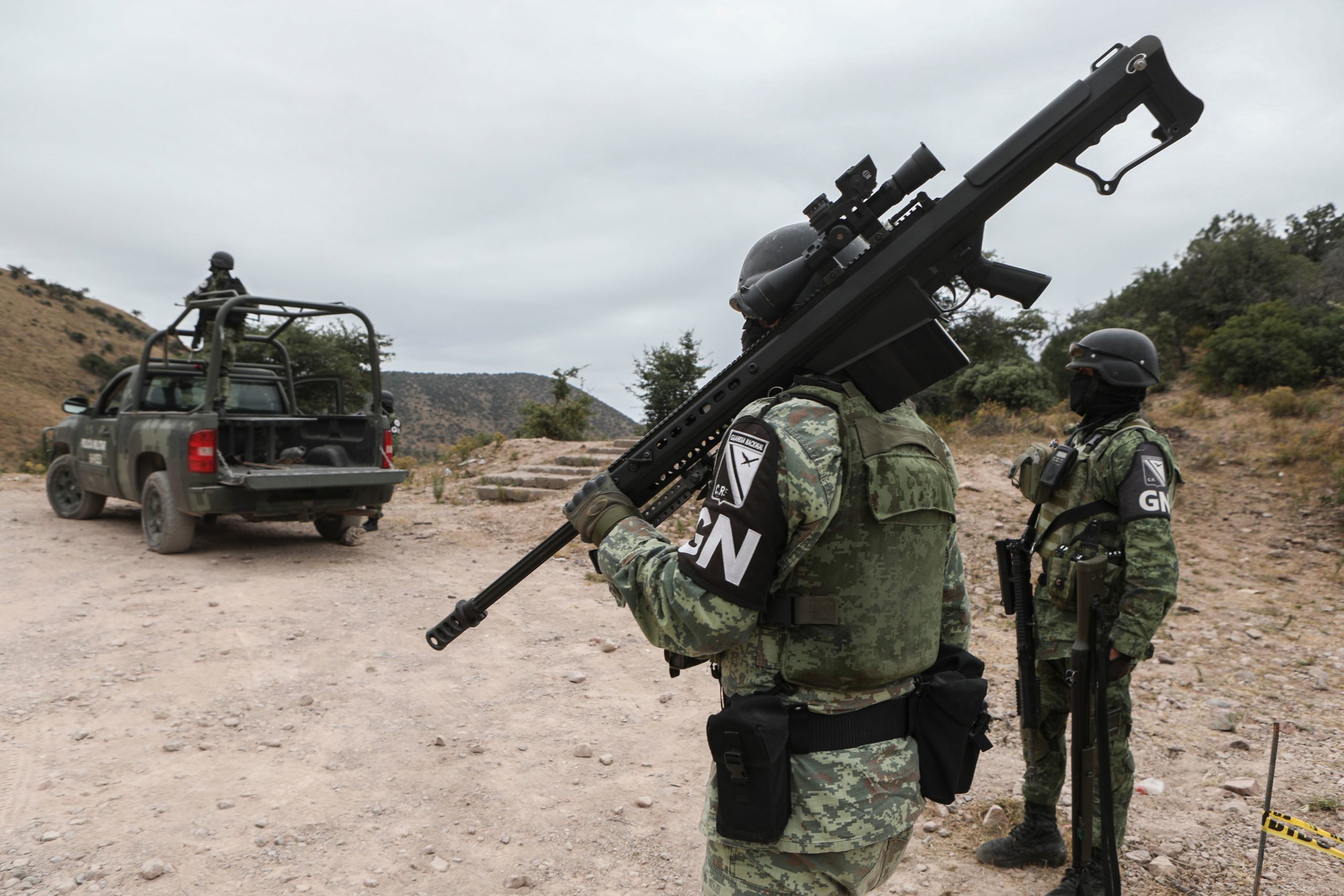 Members of the National Guard patrol the Sonora mountain range, where nine members of the LeBaron community were killed on Monday in the municipality of Bavispe, Sonora state, Mexico, on November 8, 2019. (Photo by HERIKA MARTINEZ/AFP via Getty Images)

“This case alleges a scheme to provide military-grade firepower to a major drug trafficking organization that commits unspeakable acts of violence in Mexico to further its goal of flooding the United States with dangerous and deadly narcotics,” U.S. Attorney Tracy L. Wilkison said in the announcement. “We will continue our efforts to dismantle drug cartels by targeting their leadership and well as their soldiers, intercepting their narcotics and ill-gotten financial gains, and prosecuting those who provide the resources that allow the cartels to engage in acts of violence.”

The alleged conspirators were arrested as part of Operation Semper Infidelis, an investigation by the Los Angeles Strike Force which included agents from the FBI, Drug Enforcement Administration (DEA), Homeland Security and the Internal Revenue Service (IRS), according to the DOJ.

“The defendants in this case smuggled sophisticated weaponry out of the United States to one of the most violent cartels in Mexico whose members target not only rival gangs, but innocent Mexican citizens and Mexican law enforcement,” Assistant Director in Charge of the FBI’s Los Angeles Field Office Kristi Johnson said in the announcement. “Interdictions by our task force, coupled with this indictment, have dealt a blow to firearms trafficking groups on which this cartel relies to facilitate their violent operations.”