“What I’ve been hearing since then is encouraging, that they’re prepared to take steps before an incursion, not afterwards,” McConnell said at a news conference on Tuesday, Reuters reported. “It appears to me the administration is moving in the right direction.”

The Kentucky senator called for the immediate deployment of NATO troops to Poland, Romania and the Baltic states and the shipment of anti-tank and anti-aircraft weapons to Ukraine, Reuters reported. NATO said on Monday that it was deploying fighter jets and aircraft carriers to Eastern Europe. 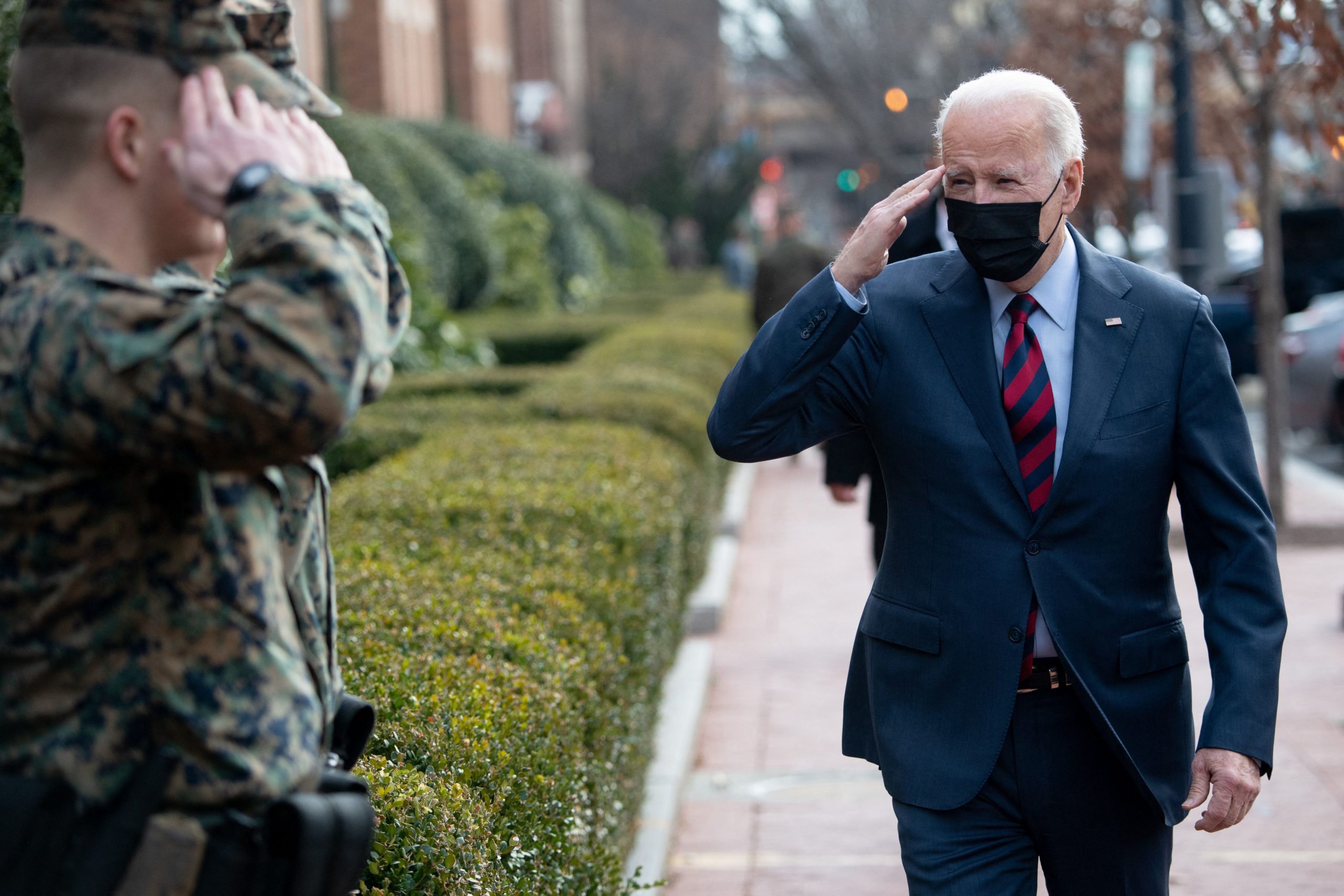 U.S. President Joe Biden salutes Marines outside the Marine Barracks as he makes a surprise walk down Barracks Row in Washington, DC, on January 25, 2022. (Photo by SAUL LOEB/AFP via Getty Images)

Russia has amassed over 100,000 troops at its border with Ukraine, though it has insisted NATO and the U.S. are the aggressors. The Kremlin has demanded NATO rescind its 2008 promise to Ukraine and Georgia that both nations would be allowed to join the organization, which the alliance has categorically ruled out. (RELATED: Ukraine Insists Russian Invasion Is Not Imminent)

McConnell had previously said Biden had “telegraphed passivity and weakness” on the issue, Reuters reported. He also labeled the president “profoundly unpresidential” after he compared his political opponents to segregationists during Democratic efforts to eliminate the filibuster and enact voting reforms.

“Twelve months ago, this president said we should see each other not as adversaries, but as neighbors,” McConnell said at the time. “Yesterday, he called millions of Americans his domestic enemies.”