A common college admissions test, the SAT, will roll out its online version in the U.S. starting in March 2024, The Wall Street Journal reported. The new test is reportedly expected to be easier, shorter and simpler.

The test will be reduced from three hours to two with shorter reading passages followed by single questions, while math problems will be less wordy with calculators permitted for every question, according to Priscilla Rodriguez, vice president of college readiness assessments at the College Board, the test’s operator and regulator, the WSJ reported.

“The digital SAT will be easier to take, easier to give and more relevant,” Rodriguez told the WSJ.

The shift to online testing will start internationally in March 2023, but the PSAT, also set to go digital, will remain exclusively at schools and testing sites, the WSJ reported. Test scores will be returned within days instead of the previous timeline which often took weeks.

The SAT has fallen behind the ACT, its primary competitor, and colleges and universities are moving away from standardized testing requirements for admissions altogether. Educational institutions cite concerns that test scores are dependent upon a student’s race and income level, which hurts admissions for minorities and low-income applicants.

Over 76% of colleges and universities won’t require students to provide an exam score on their applications for the fall of 2022, but the tests will be optional for most schools through the 2023 admissions cycle, according to the organization FairTest, the WSJ reported. The online test will still be scored on a 1,600-point scale. 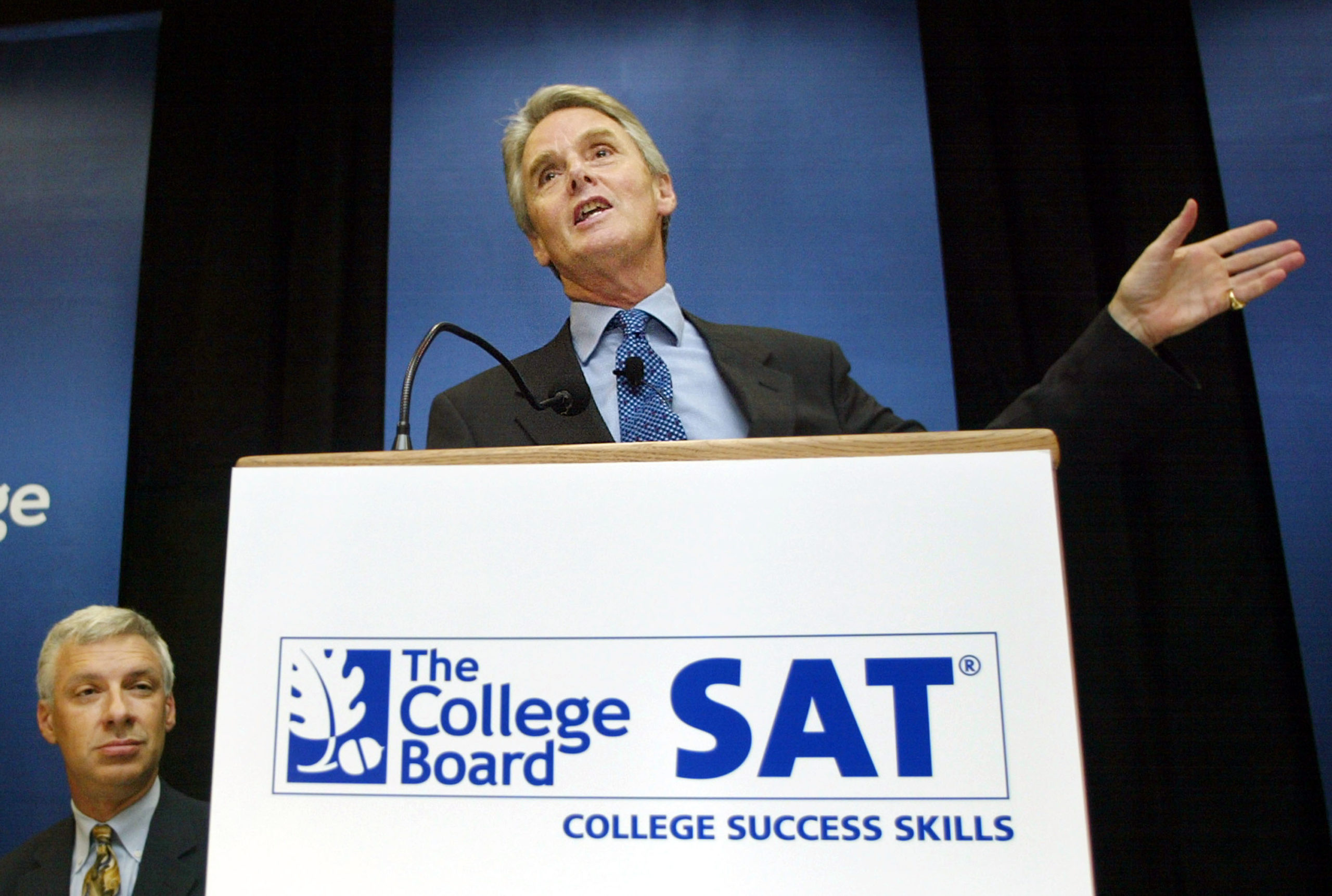 College Board President Gaston Caperton speaks at a press conference as Dr. Wayne Camara, vice president of research and development, looks on at College Board headquarters June 27, 2002 in New York City. College Board trustees decided June 27 to add a written essay and other changes to the SAT in an overhaul of the college entrance exam. The first administration of the new SAT will occur in March of 2005. (Photo by Mario Tama/Getty Images)

The new format will also be more secure, the WSJ reported. Since each student will have a unique test form, it will be “practically impossible to share answers,” the College Board said, the WSJ reported. (RELATED: California Will Remove Aztec, Ashe Chants From Its Ethnic Studies Curriculum Following Legal Challenge)

Christal Wang, a junior at Thomas Jefferson High School for Science and Technology in Arlington, Virginia, took the piloted version of the new digital test this fall, which she told the WSJ was considerably easier since it was an hour shorter.

“It doesn’t test your attention span the same way,” Wang said, the WSJ reported. “You definitely don’t feel as strained. What I would tell other students is that you don’t have to practice reading the same way.”