Ukrainian leadership sought to assure its citizens on Tuesday that an invasion by Russian forces was not imminent, the Associated Press reported.

“As of today, there are no grounds to believe” Russia is preparing to invade Ukraine imminently, Defense Minister Oleksii Reznikov said in parliament on Tuesday, the AP reported. Reznikov noted that troops had not formed what he reportedly called a battle group that could force its way through the border.

“Don’t worry, sleep well,” the Ukrainian defense minister said. “No need to have your bags packed.”

Multiple other Ukrainian officials have sought to calm the nation as fears of a Russian invasion grow, the AP reported. President Volodymyr Zelensky said the situation was “under control” on Monday. (RELATED: ‘Critical Moment’: US-Russia Meet As Fears Of Ukraine Invasion Grow)

Reznikov acknowledged on Monday, however, that “there are risky scenarios” that are “are possible and probable in the future.” Russia has amassed 100,000 troops along its border with Ukraine and demanded that NATO rescind its promise to eventually give the nation membership, which has been categorically ruled out by the alliance. 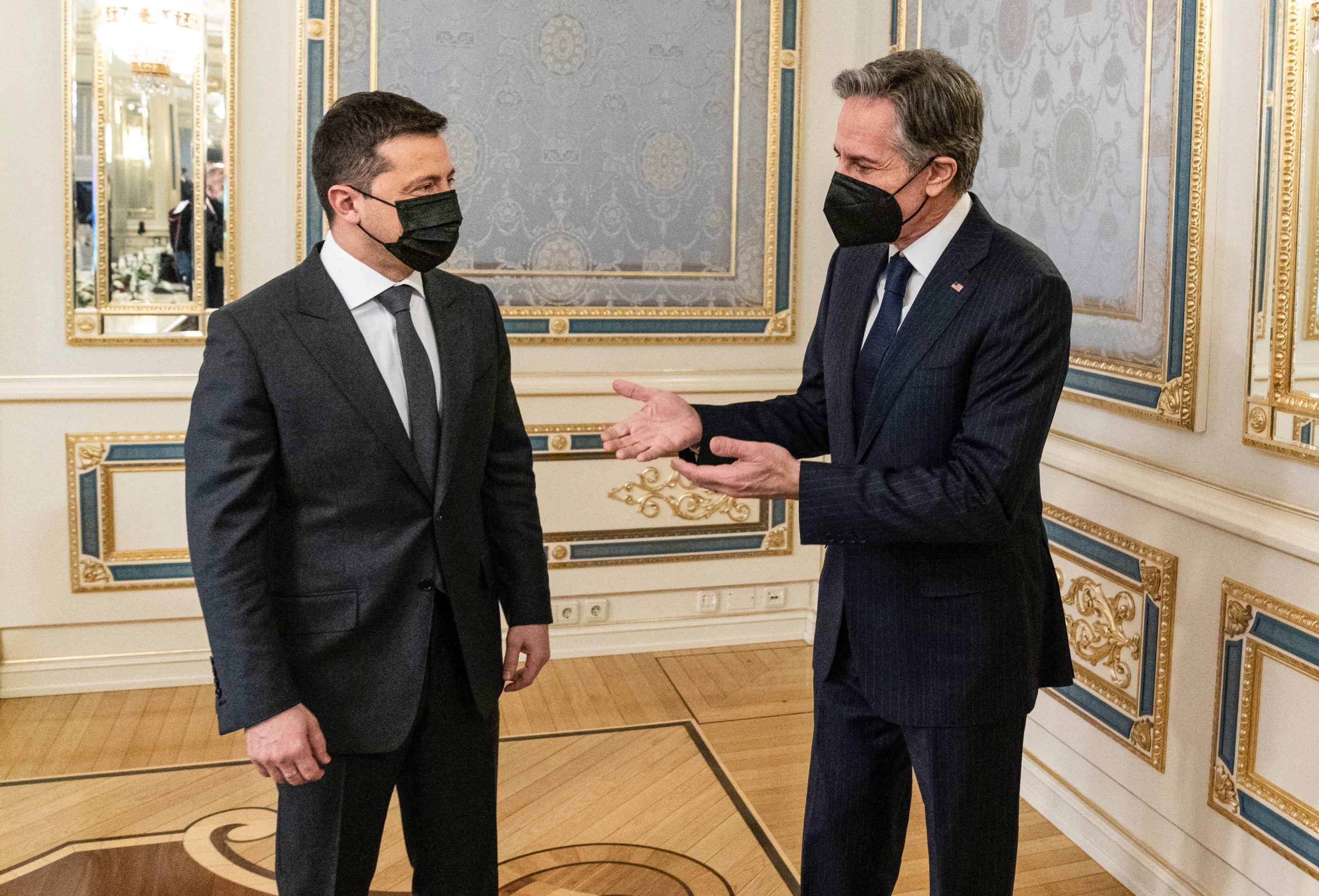 US Secretary of State Antony Blinken (R) speaks with Ukrainian President Volodymyr Zelensky before their meeting at the Bankova, in Kyiv, on January 19, 2022. (Photo by ALEX BRANDON/POOL/AFP via Getty Images)

White House press secretary Jen Psaki previously said Russia had created “an extremely dangerous situation” and could attack “at any point.” The State Department urged American citizens to leave Ukraine and authorized an evacuation process for some staff members at the embassy in Kyiv on Sunday.

Zelensky appeared to remind President Joe Biden that there were no such things as “minor incursions” after the latter indicated the U.S. response to a violation of Ukrainian sovereignty depended on the severity of the incursion. Psaki later issued a statement saying “acts of Russian aggression will be met with a decisive, reciprocal, and united response.”

“Secretary Austin has placed a range of units in the United States on a heightened preparedness to deploy, which increases our readiness to provide forces if NATO should activate the NRF, or if other situations develop,” Kirby said.