Top House Democrats declined to say if they would support Speaker of the House Nancy Pelosi’s possible bid for leadership.

Sources told CNN that Pelosi, who announced Tuesday that she would be running for reelection, is considering an attempt to stay in leadership after 2022. House Democrats and Pelosi agreed to term limits for the top three Democratic leaders in the House in 2018. The agreement would stop her from another run at Speaker in 2022. (RELATED: Pelosi Reportedly Planning To Run For Speaker Again Despite Saying This Would Be Last Term)

The Daily Caller reached out to Majority Leader Rep. Steny Hoyer, Majority Whip Rep. James Clyburn, Assistant Speaker Rep. Katherine Clark and Democratic Caucus Chairman Rep. Hakeem Jeffries. None of these members of Congress responded when asked if they would support Pelosi’s decision to run for reelection and if they will support her if she runs for leadership again.

Pelosi released a video Tuesday announcing her intent to run in the 2022 midterm elections. She said the upcoming political contests are “crucial” to protecting American democracy and that she would be “greatly honored” for voters to support her reelection. (RELATED: Pelosi Announces She’ll Run For Reelection) 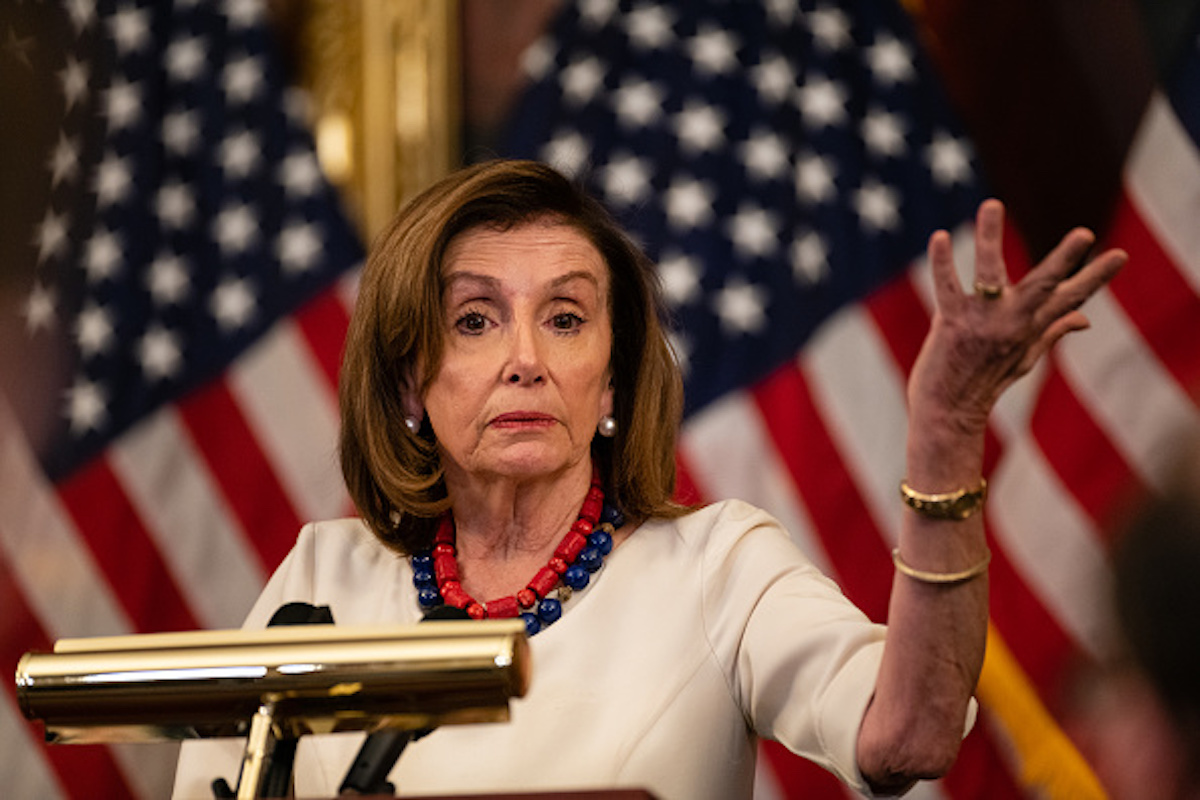 Speaker of the House Nancy Pelosi (D-CA) talks to reporters during her weekly news conference on Capitol Hill on January 20, 2022 in Washington, DC. (Photo by Eric Lee-Pool/Getty Images)

“This proposal, which was developed by Members who care about the institution of the House of Representatives, would provide that Members in senior leadership positions can serve 3 terms with an additional term with two-thirds support of the Caucus,” Pelosi said in a statement in 2018. “It would include the two terms of the Democratic Majority from 2007 to 2011.”

Democratic Colorado Rep. Ed Perlmutter, who was reportedly the leader of a group of Democrats who asked Pelosi to agree to the term limit, said in 2019 that they are no longer asking for the party to make the rules official.

“We’re just letting it sit right now,” he said. (RELATED: ‘Strategically Poised To Hold The House’ — Pelosi Sends Note To Dems Saying They Are ‘Preparing For Victory One Year Out’)

The Caller contacted Perlmutter’s office, asking if he believes the term limit should be implemented or if Pelosi should be able to run for leadership again after this term. His office did not respond.

In late November, Pelosi sent a letter to donors and grassroots supporters saying House Democrats are poised to maintain a majority in 2022 and are preparing for victory despite a number of retirements within the party and bad polling for Democrats.

The Caller asked Jeffries’ office if he is considering a run for speaker of the House and if he will he vote for Pelosi to lead House Democrats again if he does not run. His office did not respond.

Pelosi has led House Democrats since 2003 and has held her role as speaker since January 2019.