President Joe Biden will have the opportunity to fulfill a campaign promise by nominating a black woman to the Supreme Court when Associate Supreme Court Justice Stephen Breyer retires.

Sen. Patty Murray, No. 3 Democrat in the chamber: “I am ready to move as quickly as possible to consider and confirm a highly qualified nominee who will break barriers and make history as the first Black woman on the Supreme Court of the United States.”

Biden has several options to choose from in order to fulfill his campaign pledge, although Vice President Kamala Harris will most likely not be one of them. Nominating Harris to the Court would allow Biden to replace one of the least popular vice presidents in modern history, and President Barack Obama reportedly considered nominating her after the 2016 death of Antonin Scalia.

However, Psaki threw cold water on this strategy during her Wednesday press conference, telling Fox News’ Peter Doocy that Biden has “every intention of running for re-election with Vice President Harris on the ticket.” (RELATED: REPORT: Justice Stephen Breyer To Retire)

Here are three of the most likely candidates:

Brown Jackson is likely the favorite to receive the nomination and was already confirmed by the current Senate in June to the U.S. Court of Appeals for the D.C. Circuit. Three Republicans, Susan Collins of Maine, Lisa Murkowski of Alaska and Lindsey Graham of South Carolina, joined with all 50 Democrats to support her appeals court nomination. The D.C. Circuit is considered to be a stepping stone to the Supreme Court, with current Justices John Roberts, Clarence Thomas, and Brett Kavanaugh sitting on it immediately prior to their confirmations.

As a District Court judge, Brown Jackson ruled against the Trump administration in several cases. She rejected a series of executive order President Donald Trump issued in 2018 that would have limited the power of public sector unions and upheld a 2019 subpoena issued to then-White House counsel Don McGahn by the House Judiciary Committee. Brown Jackson also blocked the Trump administration’s expedited removal process for illegal immigrants.

Her rulings on the unions and on illegal immigration were later overruled by appeals courts, while her stance on the McGahn subpoena was upheld. 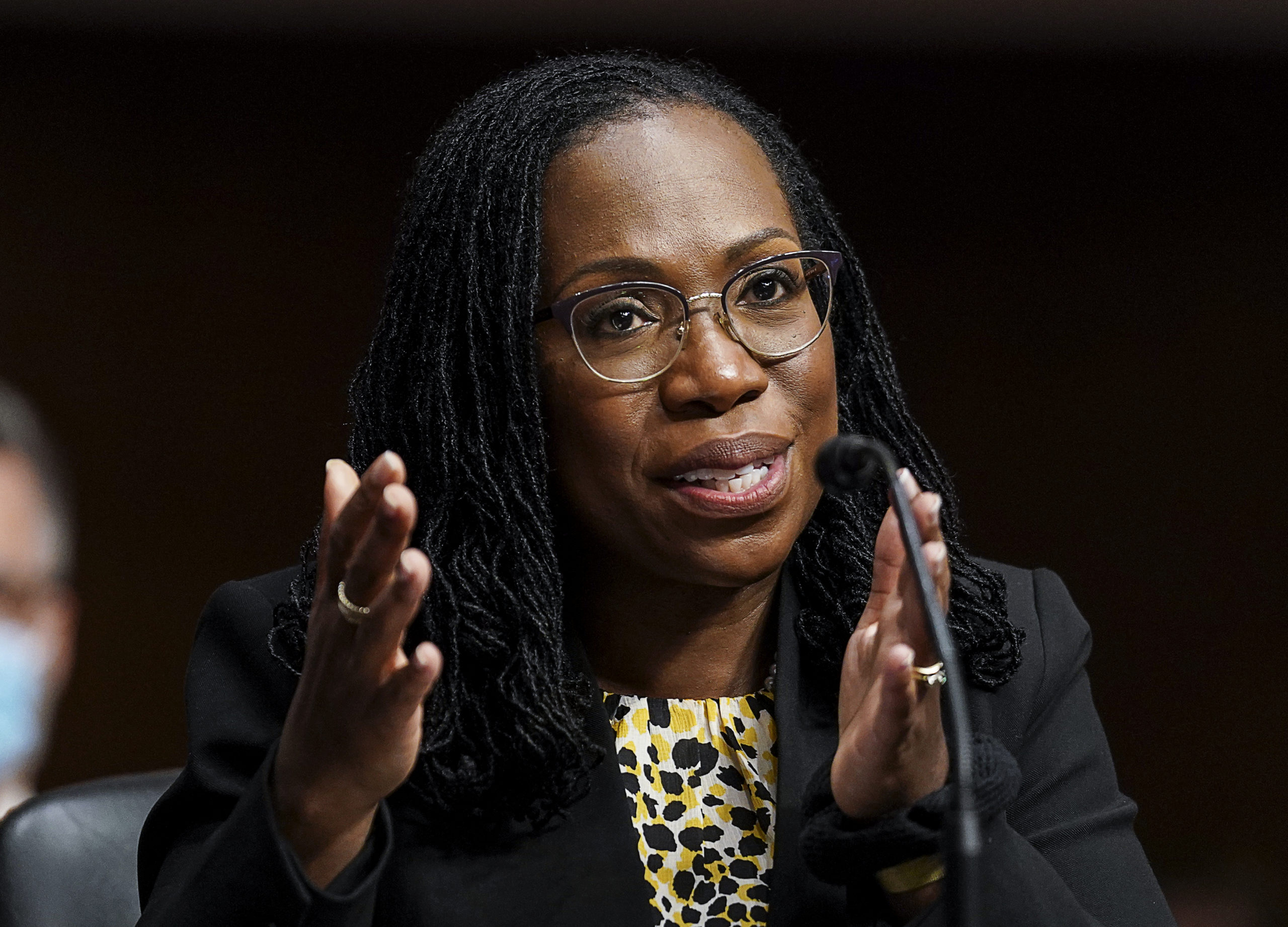 Kruger currently sits as an associate justice on the California state Supreme Court, where she is considered a moderate on criminal justice issues. She clerked for Associate Supreme Court Justice John Paul Stevens and served in multiple positions in the Justice Department during the Obama administration.

She would be a favorite of Obama administration alumni, with former Solicitor General Donald Verrilli Jr. praising her as “a superb choice.”

“She has a powerful intellect and she’s a careful thinker. She is not rigidly ideological, but fair, open-minded and prudent. And those are the qualities you want in a justice of the Supreme Court,” he said in April 2020.

Childs currently sits on the U.S. District Court for South Carolina, although Biden nominated her to the D.C. Circuit Court of Appeals in December. Childs’ background in labor law makes her attractive to some activists. Before her appointment to the federal bench by President Barack Obama, Childs worked as a state trial court judge for the South Carolina Circuit Court, was a commissioner on the South Carolina Workers’ Compensation Commission and served as the Deputy Director of the Division of Labor at the South Carolina Department of Labor, Licensing and Regulation.

She also has the support of Clyburn.

“I’ve made it very clear that I feel very strongly about the need to have a diversity of experiences throughout government and the judicial system,” the congressman said in December, while noting Childs’ Detroit upbringing and law degree from the University of South Carolina. “Everything I’ve heard from people at the 4th Circuit Court of Appeals and others is she is an outstanding judge.”