Castro’s ties link back to both her husband, former Honduran President Mel Zelaya, and her running mate. Zelaya worked as Castro’s campaign manager and previously claimed to be tortured by Israeli mercenaries using high-frequency radiation, Newsweek reported in 2009.

Nasralla’s wife has also made anti-Semitic comments, declaring Hitler to be “a great leader” during a 2017 interview. His wife later apologized to the Latin American Jewish Congress and the Honduran Jewish community and disputed some of her alleged comments. 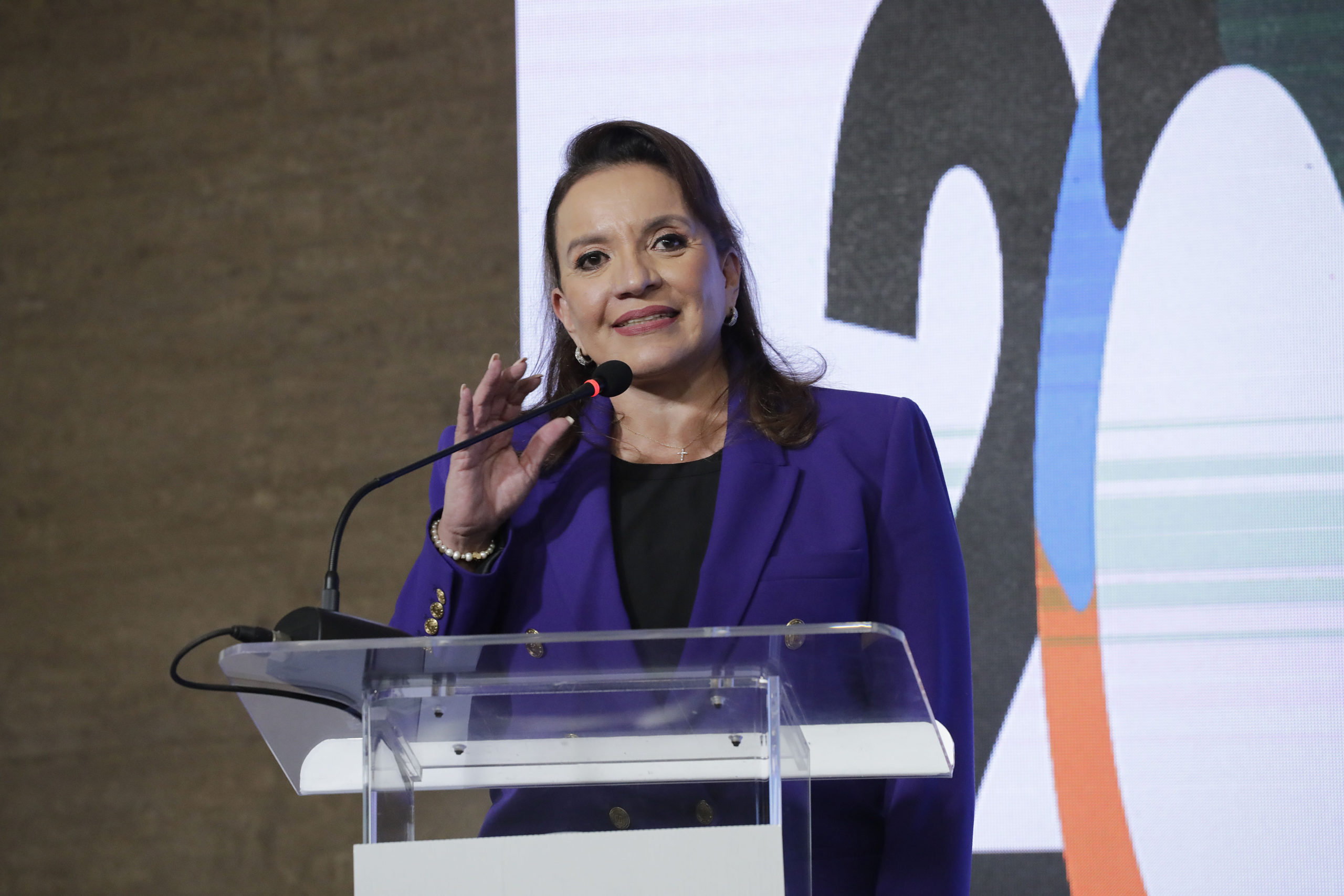 TEGUCIGALPA, HONDURAS – DECEMBER 30: Elected President of Honduras Xiomara Castro of the Freedom and Refoundation Party (Libre) speaks during a ceremony to present credentials from the National Electoral Council certifying her victory in the Presidential Elections on December 30, 2021 in Tegucigalpa, Honduras. (Photo by Inti Ocon/Getty Images)

“When I talked about Hitler I talked about his leadership because, to my understanding, he did not do anything good,” Iroshka Elvir, Nasralla’s wife, wrote in a 2017 letter according to the Jewish Telegraphic Agency.

“The newspaper published that I admire Hitler, but it is not true, I never told them that I admired Hitler,” Elvir added. “I am a great admirer of Israel, I love and bless that great nation. Receive my letter and my apologies since at no time did I want to offend any Jew.”

Harris’s office did not immediately respond to a request for comment from the Daily Caller.

The vice president is set to lead a delegation to Honduras on Thursday after keeping communications open with the incoming president. Harris spoke with Castro in December after the election win in an effort to “deepen the partnership between the United States and Honduras,” spokesperson Sabrina Singh said according to Fox News.

Harris herself recently faced backlash for a comment made about Israel. In September 2021, she responded that a student’s “truth should not be suppressed” after the female claimed claimed Israel commits “ethnic genocide and a displacement of people.”

The vice president’s office was forced to clean-up Harris’s remarks after the fact, CNN noted at the time.

“The vice president strongly disagrees with the student’s characterization of Israel,” then-Harris spokeswoman Symone Sanders said. “Throughout her career, the Vice President has been unwavering in her commitment to Israel and to Israel’s security. While visiting George Mason University to discuss voting rights, a student voiced a personal opinion during a political science class.”