As left-wing Democrats sour on Sens. Joe Manchin of West Virginia and Kyrsten Sinema of Arizona, they are finding new allies — and donors — in Republicans.

Ken Langone, a co-founder of The Home Depot and a prominent GOP donor, donated $5,000 to Manchin’s leadership PAC in December 2021, the most an individual can give to a political action committee in a year, CNBC reported. This donation came right after Manchin effectively killed President Joe Biden’s Build Back Better Act, infuriating some of his fellow Democratic lawmakers.

“I don’t see leadership any place in this country,” Langone told CNBC before he made his contribution. “I’m going to have one of the biggest fundraisers I’ve ever had for him. He’s special. He’s precious. He’s a great American.”

Manchin has also received praise from some Senate Republican colleagues in recent months, especially after he and Sinema refused to go along with their party’s effort to rework the filibuster to pass Democrats’ voting bills. Minority Leader Mitch McConnell and other top Republicans even pressured Manchin to switch parties late last year: “we would love to have him on our team,” McConnell said. “I think he’d be more comfortable.” (RELATED: ‘They Know The Real Reason’: Manchin Fires Back At The White House After Gloves-Off Statement Criticizes His Opposition To BBB) 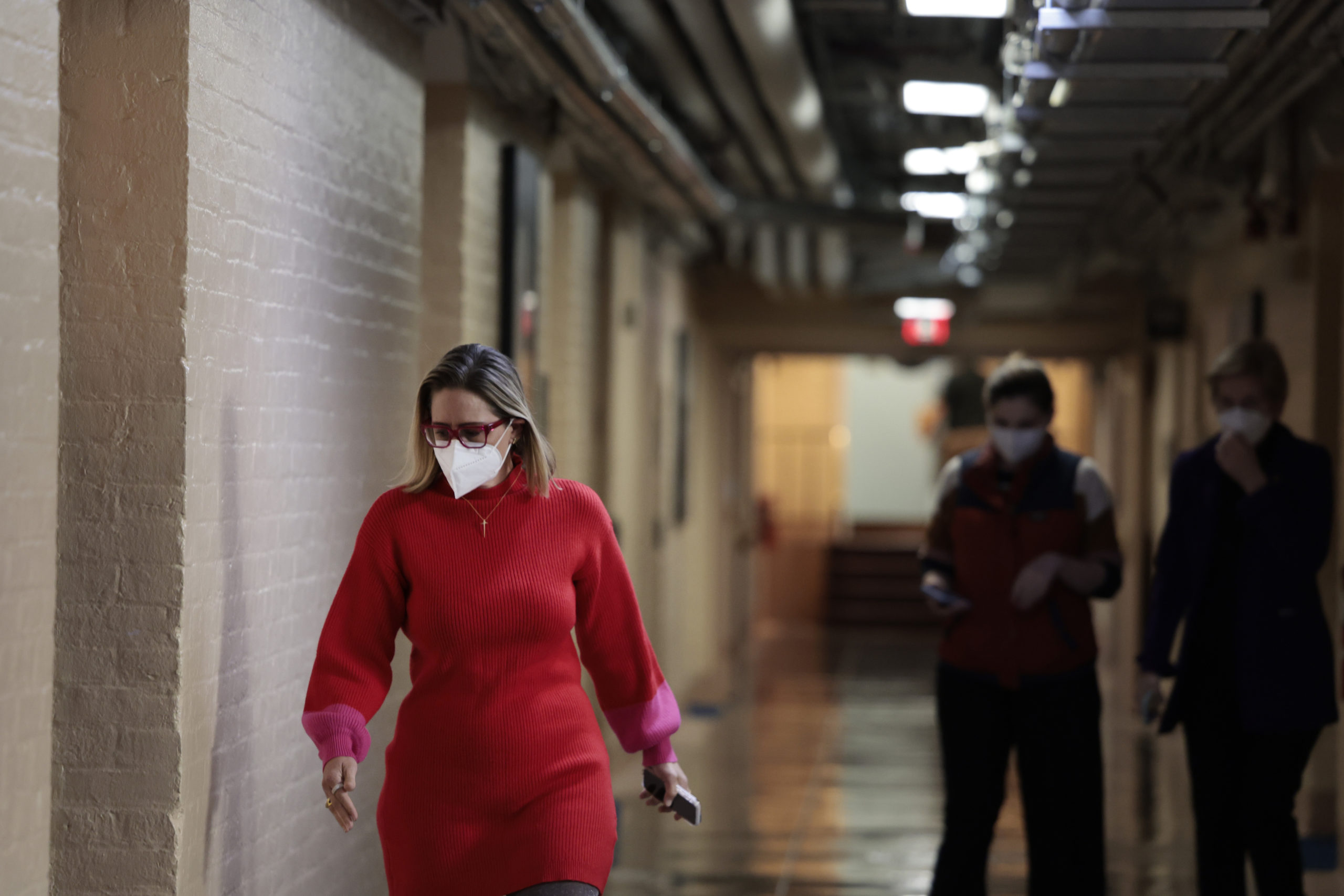 Sinema has also been heralded by conservatives as talk of a primary challenge from the left in 2024 intensifies and she faces censure by the Arizona Democratic Party. She, like Manchin, garnered praise from her GOP colleagues after refusing to alter the filibuster, and her standing among Republicans in her home state has skyrocketed despite a likely competitive reelection bid.

But some Democrats have made their disapproval of the duo known. Vermont Independent Sen. Bernie Sanders said he would back primary challengers to both Manchin and Sinema in 2024, and Arizona Democratic Rep. Ruben Gallego has teased support for a primary challenge to unseat Sinema, while one recent poll showed him up by nearly 60 points.

Another unreleased poll reported by NBC News, however, showed that while Sinema’s popularity among Democrats had dropped to just 42%, her support among Republicans stood at 44%, a strong showing that could be the difference in the consequential battleground state.