“There are signals even from respected leaders of states, they just say that tomorrow there will be war,” Zelensky told reporters at a press conference, BBC News reported. “This is panic – how much does it cost for our state?”

The Ukrainian criticized Western countries choosing to withdraw diplomats from Ukraine, calling the move a mistake, BBC News reported. “The destabilisation of the situation inside the country” is the biggest threat to Ukraine, he said.

Russia has amassed about 130,000 thousand troops at the Ukrainian border and sent medical units to the front lines, a prerequisite for battle, though Moscow has denied it has plans to invade. Ukrainian officials have sought to assure its citizens that an attack is not imminent.

The Kremlin has demanded NATO rescind its promise to admit Ukraine into NATO, which the organization has categorically ruled out. 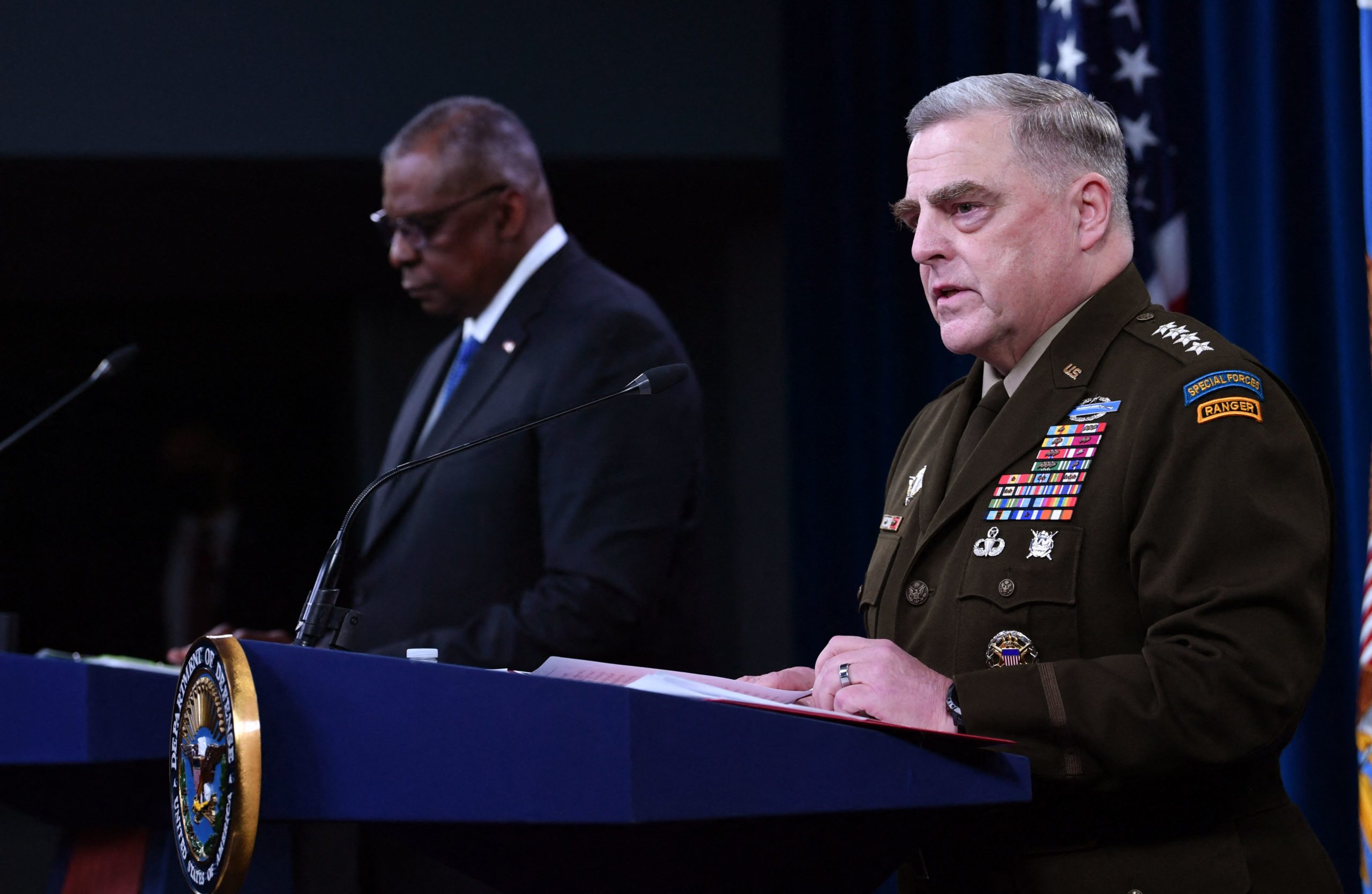 Chairman of the Joint Chiefs of Staff General Mark Milley (R), with Defense Secretary Lloyd Austin, speaks at a press conference in the Pentagon on January 28, 2022, in Washington, DC. – Milley warned Friday that the destruction and human cost of a full-scale incursion by Russian forces into Ukraine would be “horrific.” (Photo by NICHOLAS KAMM/AFP via Getty Images)

The U.S. sent Russia a written response to its security demands on Wednesday, but a spokesperson for the Kremlin said there was little optimism the West would adequately address the issues Moscow claims exist. (RELATED: Russian Media Attempts To Convince Citizens They Live In ‘The Most Peace-Loving Country’)

“It cannot be said that our considerations were taken into account or that any willingness to take into account our concerns was demonstrated,” the spokesperson said but noted Russian President Putin would take his time considering the proposals, The Wall Street Journal reported.

U.S. officials indicated that they are unsure if Putin has made up his mind on whether to invade Ukraine, the WSJ reported. “I have no idea whether he’s made the ultimate decision, but we certainly see every indication that he is going to use military force sometime, perhaps now and middle of February,” Deputy Secretary of State Wendy Sherman said Wednesday.