A high school art teacher in suburban Milwaukee upset parents after she linked an LGBT resource guide with links to hormone therapy access to the pronouns in her email signature, according to parents who spoke to the Daily Caller on the condition of anonymity.

The teacher’s (she/her) pronouns attached to her email signature were linked to the LGBT Life Center, an LGBT advocacy organization that works primarily with individuals affected by HIV, and its “Understanding Pronouns” guide, according to an email sent to parents. The guide explains a leftist version of sex and gender, the use of pronouns, and how to use “ze” or “xe” pronouns.

One parent told the Daily Caller that the website promotes activism for youth and previously linked to “inappropriate” websites for teens. A previous version of the LGBT Life Center’s resource page linked to “Lover Mart,” an online sex toy shop. The link has since been removed. Other portions of the website provide access to a Virginia clinic that offers hormone therapy.

Some parents in the Brookfield, Wisconsin, area said they believe the link is a violation of school board policy. Specifically, a policy addressing the appropriate use of technology which claims that “at no time can staff members use technology resources to use, access, store or transmit inappropriate content.”

Chris Thompson, the School District of Elmbrook’s chief strategy officer, told the Daily Caller that the link referenced “has been removed” from the teacher’s email signature.

One parent said that the “most concerning part” is that the link is still available in student inboxes from previous correspondence with the art teacher. (RELATED: Teachers Attended LGBTQ+ Training That Distributed Lesson Plans About Race, Gender For Kindergarteners)

A review of the art teacher’s public social media profiles uncovered that she is radically opposed to police officers, was critical of former President Donald Trump, and has a favorable outlook on the Black Lives Matter protests.

The teacher posts her student’s artwork to her personal Instagram profile. One picture shows student artwork that reads, “Stop Carbon Emission” and “Not Racist, Anti Racist.” 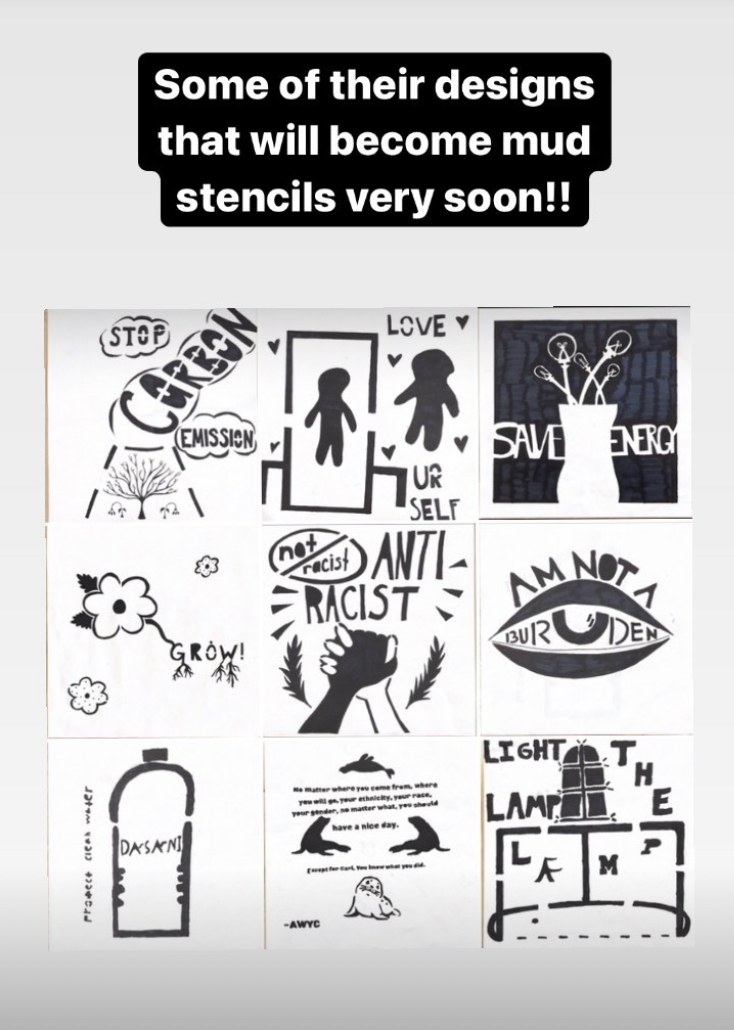 Parents in Brookfield started keeping a close eye on the school’s administration after a sex survey was issued to 10th-grade students which the school admits defied district policy. Students were asked to answer true or false statements such as, “I have been under the influence of alcohol or drugs while having sexual intercourse,” and “I have had sexual intercourse with four or more people.”

Students who opted out of taking the survey were still forced to watch the results of the poll in a classroom setting, according to one student who recounted the moment.

The district previously considered shifting its social studies curriculum to quell outspoken leftist parents as well, according to a report from The Daily Wire. The School District of Elmbrook considered programs such as “The truth about Christopher Columbus,” “The truth about Black Panthers,” and “waves of feminism and its failures, white feminism (e.g. how the 19th Amendment did not protect black/brown women’s right to vote, etc.),” according to a since-deleted survey.