House Republicans are staunchly opposed to Democrats’ proposed bill to bolster American competitiveness against China, potentially complicating their goal of passing legislation by the beginning of March.

White House officials have said that passing the bill before President Joe Biden’s March 1 State of the Union is a top priority, but the House bill is a stark departure from the Senate’s legislation that sailed through on a bipartisan vote in June 2021. And while House Democrats can pass their version without Republican support if nearly all of them vote in favor, there is no guarantee that their bill would reach the 60 votes necessary to pass the Senate.

Further, any House-passed bill would likely head to a conference, where House and Senate leaders would privately meet in an attempt to work out their differences and compromise on a bill that can pass both chambers. Not only would that process require additional time, but Senate Republicans would have great leverage given the chamber’s 60-vote threshold. (RELATED: Bipartisan China Competitive Bill Moves Forward After Hours-Long Talks Secure GOP Support)

In a memo from the Republican Study Committee released Monday and obtained by the Daily Caller News Foundation, Chairman Jim Banks said the bill, titled the “America COMPETES Act,” should instead be called the “America CONCEDES Act.”

“The provisions tucked into this bill are so harmful to the United States or leave us so vulnerable to China’s malign activity,” Banks said. 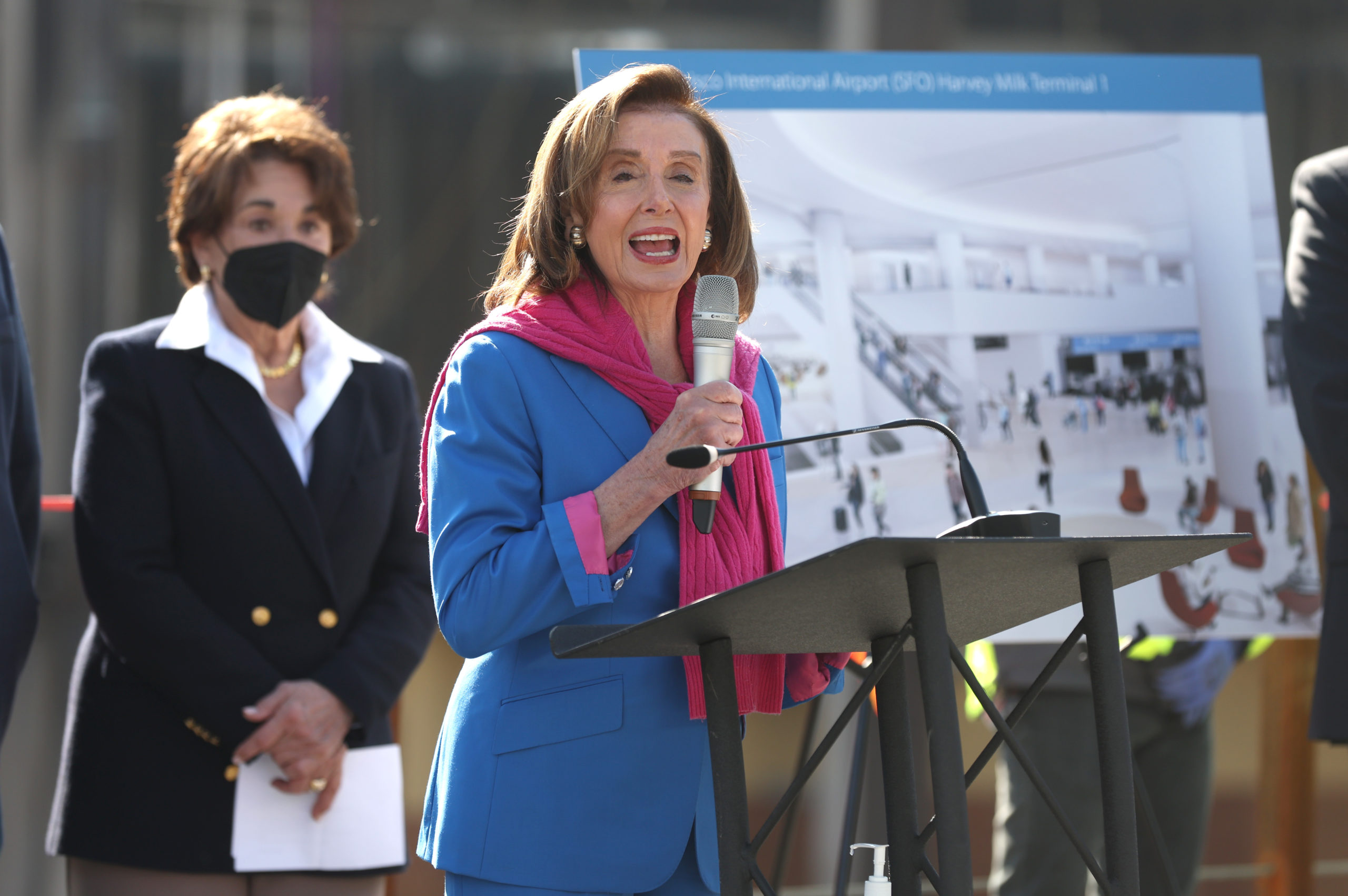 Speaker of the House Nancy Pelosi has touted her party’s bill to combat China, but its departure from the Senate-passed version could delay its becoming law. (Justin Sullivan/Getty Images)

“Now is the time to recommit to boldly and strategically investing in our nation’s future, and to do so in a way that strengthens the supply chain, lowers costs and ensures that America can out-compete any nation, today and for decades to come,” House Speaker Pelosi said in a statement.

But the bill, unlike the Senate version, devotes millions toward climate change mitigation measures and requires the U.S. and China to work together on “parallel initiatives” regarding future research and development, which Banks said would create more opportunities for China to steal American intellectual property.

“This bill is a legislative gift to the Chinese Communist Party, and if it passes it’ll have Chairman Xi laughing all the way to the bank,” Banks said.