Ukrainian police detained a group of people on Sunday who are suspected of plotting mass riots in Kyiv and other cities to create instability in the country amidst its conflict with Russia, Reuters reported.

“This action, which was planned in advance, was originally aimed at violent actions and organising riots and had nothing to do with peaceful protests,” Interior Minister Denys Monastyrskiy said Monday, Reuters reported. He noted that approximately 5,000 people were supposed to take part in riots and clashes with police in five cities.

“It was … intended precisely to shake up and destabilise the situation in Ukraine,” he said. No number was given as to how many suspects were detained and no entity was accused of being behind the plans, Reuter reported. (RELATED: Ukraine Warns West’s ‘Panic’ Over Russian Invasion Could Sink Its Economy)

The U.S. has said it believes Russia has operatives ready to launch an operation in Ukraine that would manufacture a reason to invade. 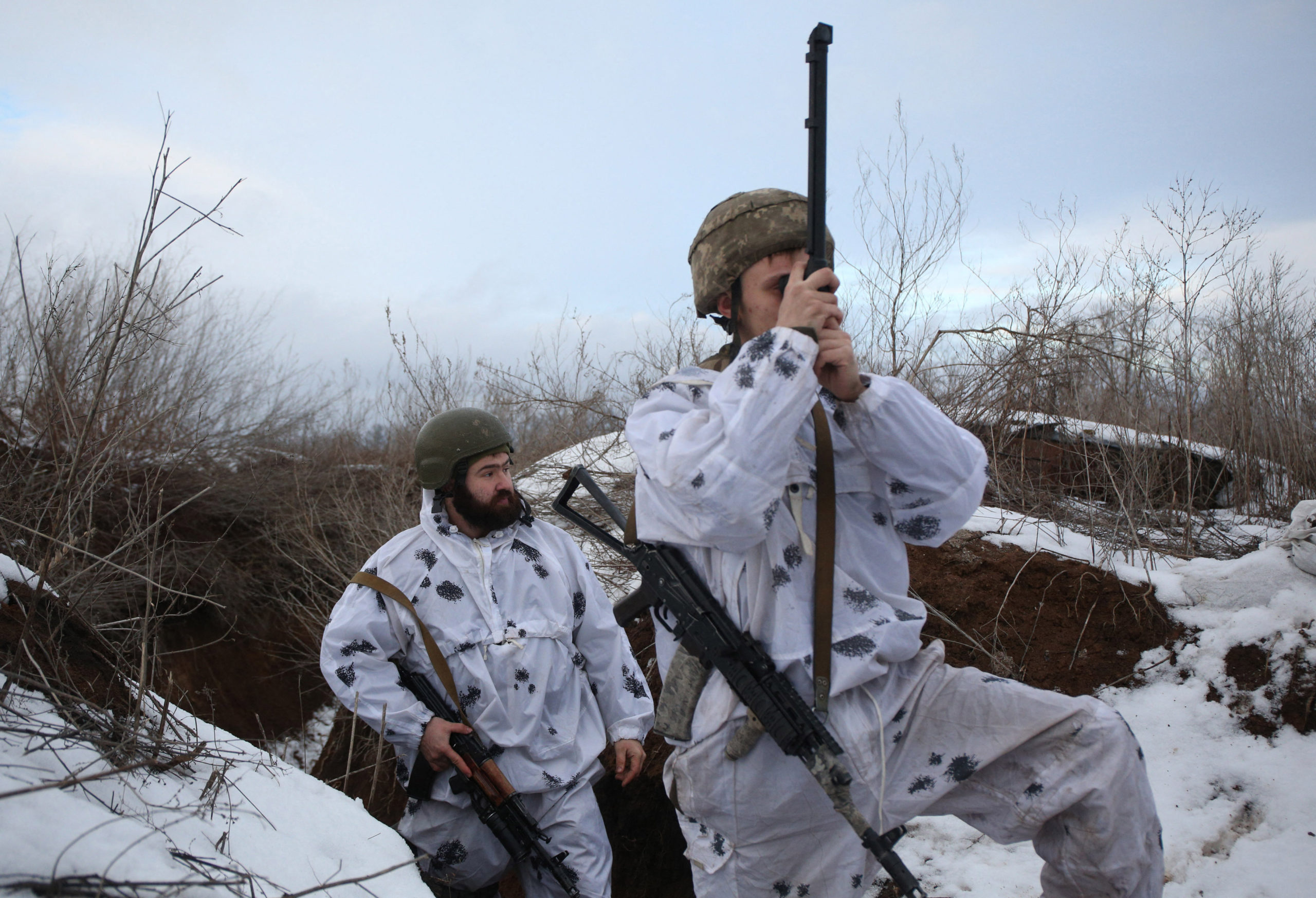 An Ukrainian soldier watches through spyglass on the frontline with the Russia-backed separatists near Verkhnetoretskoye village, in the Donetsk region on January 31, 2022. (Photo by ANATOLII STEPANOV/AFP via Getty Images)

“We do have information that indicates that Russia is already working actively to create a pretext for a potential invasion,” John Kirby, press secretary for the Pentagon, said at a briefing on Jan. 14. “We have information that they’ve prepositioned a group of operatives to conduct what we call a false flag operation.”

The Department of Treasury announced on Jan. 20 that it had sanctioned four individuals believed to be involved in efforts to destabilize Ukraine on behalf of Russia.

“Today’s action is intended to target, undermine, and expose Russia’s ongoing destabilization effort in Ukraine,” the department’s Office of Foreign Assets Control (OFAC) said in a statement. “The individuals designated today act at the direction of the Russian Federal Security Service (FSB), an intelligence service sanctioned by the United States, and support Russia-directed influence operations against the United States and its allies and partners.”