A poll released by the Portland Business Alliance on Friday found that the majority of Portlanders feel the quality of life in the Portland area is getting worse under a left-wing city council.

The poll, conducted by DHM Research, surveyed 500 registered voters in the tri-county area, including the City of Portland, Clackamas, Multnomah and Washington. The findings showed that 88% of voters believed the quality of life is getting worse, marking a 49% increase since 2017.

Pessimism was also recorded, showing 62% of voters saying that the Portland area is on the wrong track, up from 26% in 2017, and 28% since January 2020. This number is reportedly larger in Portland where 76% express dissatisfaction.

Among the issues most concerning to the polled voters were livability, homelessness, crime, and mistrust in local officials considered to be “ineffective when it comes to providing public services.” 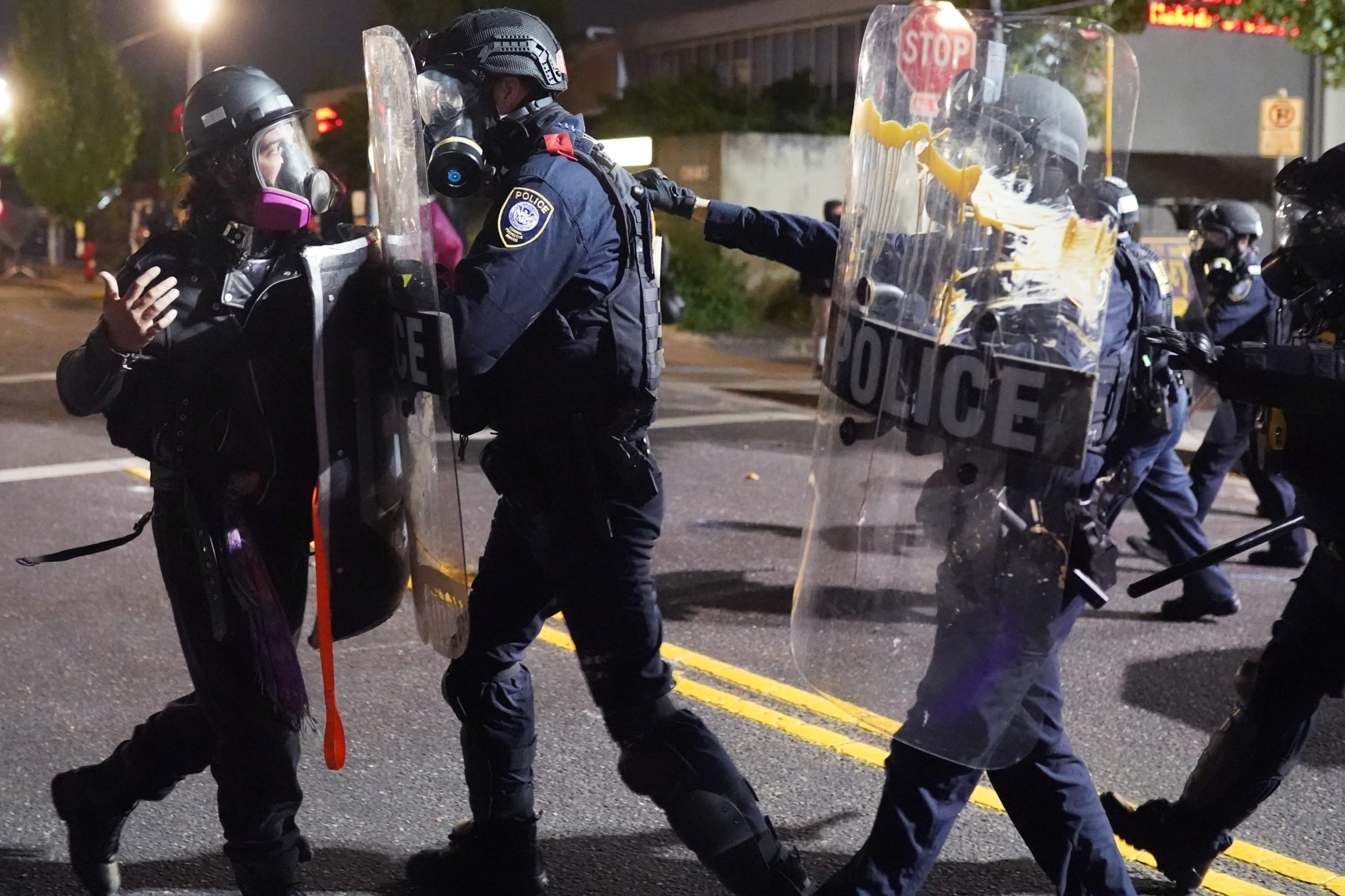 PORTLAND, OR – AUGUST 20: Federal officers use riot shields to push a protester while dispersing a crowd of about 150 people from in front of the Immigration and Customs Enforcement (ICE) detention facility on August 20, 2020 in Portland, Oregon. For the second night in a row federal police clashed with crowds in South Waterfront after being absent from Portlands nightly protest for weeks. (Photo by Nathan Howard/Getty Images)

Voters overwhelmingly supported policies aimed at homelessness and public safety, the poll found. Most voters supported measures requiring the homeless to sleep in shelters or designated areas. 90% of voters were in favor of funding that required police officers wear body cameras, and 83% supported funding to hire and train new police officers.

Views toward city officials were predominantly negative. Voters polled at 66% of mistrust toward local officials, with 81% holding that City Council is “ineffective when it comes to providing public services.”

Andrew Hoan, President and CEO of the Portland Business Alliance, said that they have never they seen such “unequivocal alignment in the priorities that our community is asking elected officials to execute,” according to KATU 2 ABC. (RELATED: 5 Oregon Counties Vote In Favor Of Seceding To Join Idaho)

“With absolute certainty we can see that addressing homelessness, public safety, and cost of living are priorities that cannot be dismissed by those with the ability to influence policy,” Hoan continued. “And in this election year, every candidate running for local and state office must communicate their plans for addressing these challenges in their campaigns.”