The New York state legislature drew what will be one of the most gerrymandered districts in the country for Democratic Rep. Jerrold Nadler as part of an effort to eliminate the seat of Republican Rep. Nicole Malliotakis.

If the map proposed by Albany Democrats is signed into law by Gov. Kathy Hochul, Nadler’s Tenth District will snake from the south Brooklyn neighborhood of Bensonhurst all the way to the Upper West Side, connected only by the Brooklyn Bridge and East River. The Eleventh District, currently represented by Malliotakis, would lose more conservative areas in South Brooklyn, and add more liberal areas like Park Slope. (RELATED: Republican New York Rep. Claudia Tenney Moves Districts After State Legislature Releases New Map)

Extends from Manhattan’s West Side down into Borough Park in Brooklyn, and takes a pretty windy path to get there pic.twitter.com/xvo9rbHAQR

“This is a blatant attempt by the Democrat leadership in Albany to steal this seat, even after New Yorkers voted twice by ballot referendum for non-partisan maps. These are the same cynical politicians that gave us the disastrous bail reform, released criminals from prison, and raised our taxes. They know Congresswoman Malliotakis is popular and they can’t beat her on the merits or public policy, so they are changing the boundaries to tilt the scale. Regardless, Nicole Malliotakis won this proposed district handily when she ran for Mayor against Bill de Blasio in 2017 and will do so again,” Malliotakis campaign spokesman Rob Ryan said in a statement.

Some analysts have described Orthodox Jewish neighborhoods in South Brooklyn and the Upper West Side as communities of interest that should be kept in the same district. Nadler is the last remaining Jewish member of the New York City’s congressional delegation, and the current Tenth District is 37% Jewish.

“In the city with the largest Jewish population in the world, it’s important and meaningful for the Jewish community in New York across the spectrum to have a district like this one that brings us together,” former Obama administration official Matt Nosanchuk, the president of New York Jewish Agenda, told the New York Times.

Former Democratic New York state Assemblyman Dov Hikind, who represented the Jewish neighborhood of Borough Park for 36 years, pushed back on that assessment. The Upper West Side Jewish community is more liberal, he said, and much smaller, although it is growing.

“There’s no question that there’s an increasing number of Orthodox Jews in Manhattan. But this district is drawn to absolute perfection for Jerry Nadler’s political future,” Hikind explained, describing the communities of interest argument as “minute” and “irrelevant.”

“If you look at the actual numbers they’re talking about, it’s a farce, and it’s insulting.” 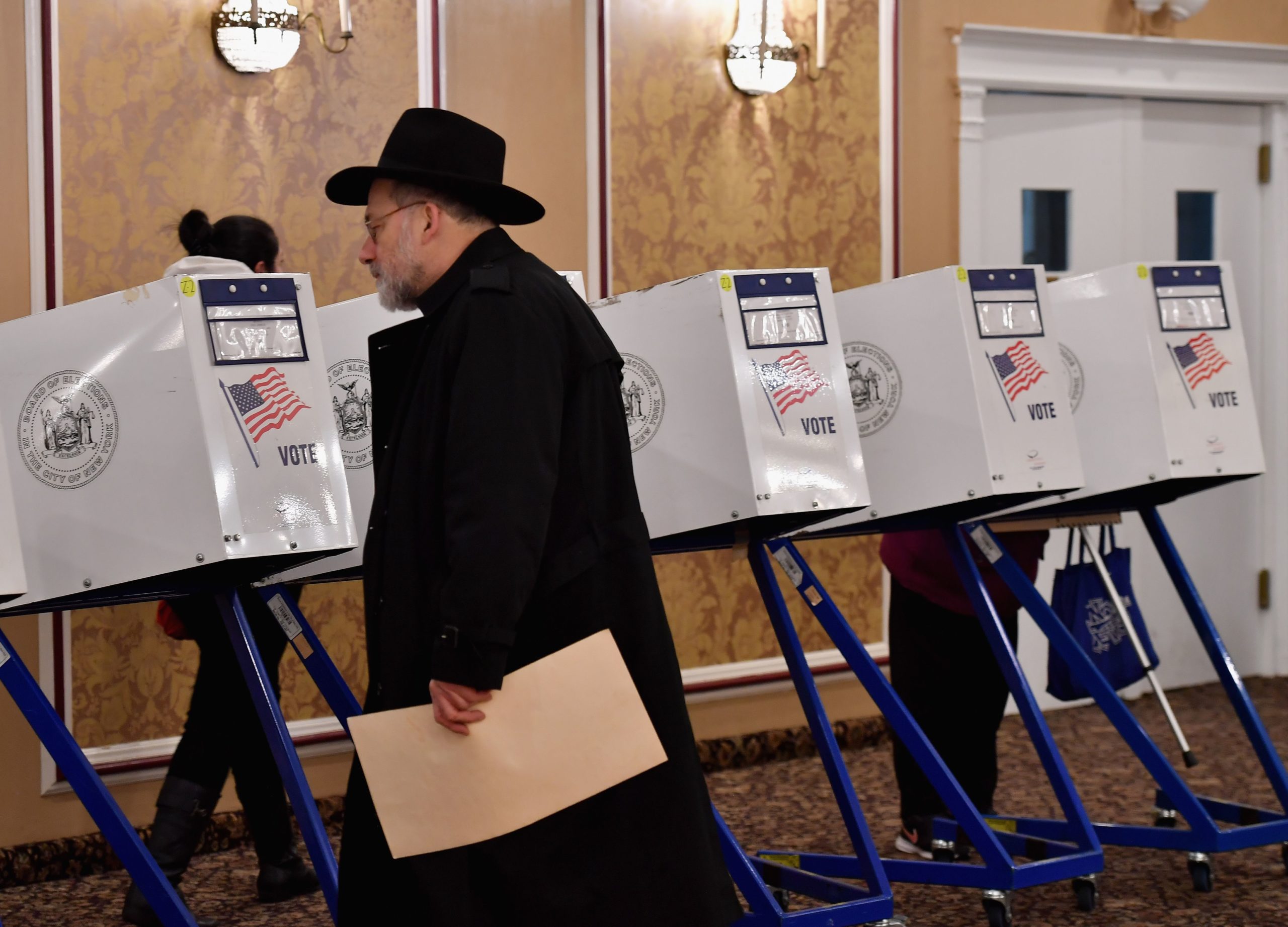 A voter of the Jewish community casts his ballots in the midterm election at the East Midwood Jewish Center polling station in the Brooklyn borough of New York City on November 6, 2018. – Americans started voting Tuesday in critical midterm elections that mark the first major voter test of Donald Trump’s presidency, with control of Congress at stake. (Photo by Angela Weiss / AFP) (Photo credit should read ANGELA WEISS/AFP via Getty Images)

The new map also divides the Italian-American communities in Dyker Heights, Bensonhurst, and Bath Beach from those in Staten Island. Those neighborhoods were all previously part of the Eleventh District, but will now be split between the Eleventh and Tenth.

Gerard Kassar, the chairman of the New York Conservative Party, explained that the goal of Albany Democrats was for Nadler to “absorb a manageable number of Republicans and conservatives to make it more difficult for” Malliotakis, but that “they probably failed.”

“To take Staten Island with 500,000 people and to think that this is going to create more of an uproar on Staten Island, I think they created an uproar greater than they’ve ever seen.”

Malliotakis will be forced to compete in the liberal Brooklyn neighborhoods Park Slope and Sunset Park, but that shouldn’t be disastrous for her campaign, Kassar added, noting her performance in the 2017 mayoral race against Bill de Blasio.

“She picked up one neighborhood, Park Slope.”

Orthodox Jewish voters have moved right in recent elections, exit polling and focus groups have found. Nishma Research, an organization that measures Jewish opinion, surveyed 449 Orthodox Jews between Nov. 4-17, finding that 54% voted for Joe Biden, 32.5% voted for Donald Trump. Of the Biden voters, 78% considered COVID-19 to be “critical” in their voting decision. Of the Trump voters, 80% considered support for Israel to be critical to their voting decision, and 59% said both terrorism and religious freedom were “critical.” (RELATED: NYC Welds Park Gates In Jewish Community Shut 1 Day After Massive Demonstration)

“Our Jewish community, we deserve so much credit, because people are registered Democrats. They’re not changing and they’re not thinking of changing. But we’re not blind Democrats. People in that community should get tremendous respect,” Hikind said of Orthodox Jewish voting patterns.

“They’ll vote for a Republican if that Republican represents their interest.”

Nadler, however, does not meet with Orthodox Jewish constituents, and doesn’t speak to their concerns, Hikind added.

“Jerry Nadler just about doesn’t exist. You don’t see him, you don’t hear from him.”

In a tight general election, voters like Orthodox Jews could potentially swing the results. Malliotakis defeated incumbent Democrat Max Rose by 18,000 votes in 2020, and Rose is running again.