Editor’s note: What follows is an excerpt from Democratic California Rep. Ro Khanna’s book “Dignity in a Digital Age: Making Tech Work for All of Us.” It can be purchased here.

The central aspiration of this book is to lessen some of the bitterness within our nation. It is my belief that increasing connectivity and digital opportunities for left-behind Americans can reduce the divisiveness and dysfunction of our contemporary democracy. This is not a cure-all by any means, but it is one of the more consequential initiatives we can
undertake. Consider that 38 percent of rural white Americans and 45 percent of urban nonwhite Americans say jobs are a big problem in their community compared to only about 20 percent of whites living in urban or suburban communities. For all the punditry about rural communities caring more about cultural issues, American Enterprise Institute’s Samuel Abrams analyzed survey data from 2006 to 2016 and concluded that economic concerns are consistently ranked by rural residents as among the most important to address. A jobs agenda must, of course, be broader than championing investment in technology and should not become what Dan Breznitz , author of Innovation in Real Places, appropriately
calls “techno-fetishism,” where communities are futilely chasing Silicon Valley unicorns that are solving extremely complex software problems. As Nobel Laureate Abhijit Banerjee pointedly told me, innovation in a community can also mean a new shopping center, tourism office, or business cooperative. But the multiplier effect of tech jobs means that
when they arrive tailored for the needs and talents of a local community, they bring a wide range of supporting careers, incoming revenue, and changes in organizations and processes driven by digitization that can spark new growth. It’s not just about the economic data. These jobs are powerful symbols for families that have borne the brunt of stagnation, giving them hope that their kids and grandkids might have new opportunity.

Perhaps that explains why Pinckney, a small town in Michigan, decided to create the nation’s first K–12 institute for cybersecurity, or Claflin University in South Carolina launched a strategic partnership with Zoom. Moreover, in an astounding Roanoke Times poll, 90 percent of southwest Virginia—one of the most rural areas of the state—supported
Amazon opening a second headquarters in Arlington, a city on the other side of the state. That was even higher than the 72 percent of the Arlington-area urban residents who supported this initiative, which created many software jobs, and not just data or fulfillment centers. 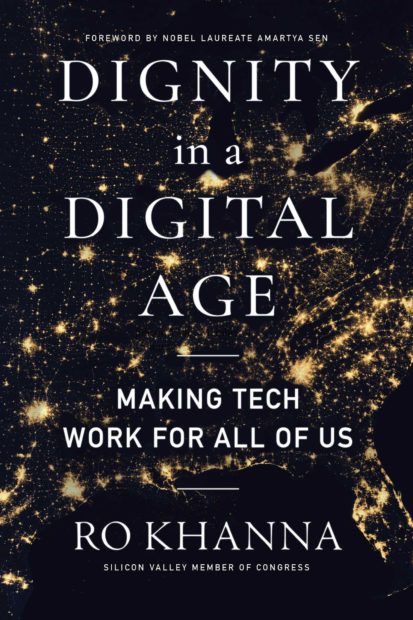 Some Americans are understandably wary of the change that digital jobs may bring. They worry that a significant tech footprint could lead to more gadgets and sensors running their life and more isolation. Neighbors might be glued to their phones and laptops instead of engaged in community picnics and parades. Then there are concerns about the character of a community. Longtime residents fear that any outsiders who come in may be transient, indifferent to local traditions and the music and art scene. They associate outsiders with rising housing costs, increased traffic, overcrowded schools, and gentrification. A vocal minority has even pushed back against bringing the “liberal ideology” identified with tech to their communities. There is resistance to Californians, for example, who account today for “nearly 60 percent of Idaho’s net migration.” But concerns that Californians will bring different values and norms often dissipate when locals realize that they are “tolerant and positive” and “respect local culture.” Conspiracy peddlers, nonetheless, speculate that techies settling in the heartland is all part of an insidious plot to turn red counties blue.

Most Americans understand, however, that the wealth generated from building digital capability can be spent on building community. Smaller cities and towns want to keep local hospitals and schools open, and their congregations and communities intact. It’s that basic. Their main issue is vacant storefronts and declining property values that impede local investment. There is so much land in rural Ohio or Iowa that the image of the rust belt or corn belt being overrun by tech flies in the face of maps and math. The alternative to competing for these high-paying jobs is to see them go elsewhere, including migrating north to places like Toronto and Ottawa. Local leaders do not want the growing and extensive digital systems underlying their own economy to be built and owned out of state, extracting wealth.

What people recognize is that many jobs in the twenty-first century will require digital competency. Health care now involves telemedicine, just as education involves online learning; finance is inseparable from online trading, just as retail today means e-commerce and digitized warehouses; entertainment in the digital age means Netflix and YouTube; even construction now involves digital design; manufacturing integrates robotics and digital inventories, and agriculture has moved toward precision farming. The new technology revolution is not simply the playground for app developers in San Francisco, but impacts nearly every region, occupation, and industry as they compete for customers and business.

The practical question, then, is not whether we want more or less tech, but whether we can insist that democratic values guide its development, accessibility, commitment to fairness, and boundaries. We cannot leave its evolution to an invisible hand that may foster creative brilliance and overnight billionaires but also leaves many behind, creating stark
inequality both geographically and within communities with a strong tech presence. Our goal should be to help communities find an appropriate balance when it comes to tech, so they are not engulfed by it or left diminished in its wake. Our digital economy needs more equity and a better national equilibrium.

Excerpt from DIGNITY IN A DIGITAL AGE by Ro Khanna.