Ford Motor is expected to pursue a significant $20 billion reorganization of its internal structure as it gears up for a greater focus on producing electric vehicles, according to Bloomberg. Meanwhile, General Motors will soon increase its electric vehicle investment by about 30%, or $35 billion, Reuters reported on Tuesday.

GM CEO Mary Barra and Ford CEO Jim Farley both attended a Jan. 26 White House summit on President Joe Biden’s Build Back Better agenda. The president lauded both executives for their commitment “to an all-electric future for vehicles.

“As part of the over $100 billion committed over the last year, American auto manufacturing is going to build electric vehicles and batteries, and build them in the United States of America,” Biden remarked. (RELATED: ‘We’re In Trouble’: Major UN Climate Pledge In Doubt Just Months After It Was Made)

In September, Ford announced that it would boost its investment in EV and battery production by $11.4 billion, creating an additional 11,000 jobs. The automaker also unveiled its “Ford+” plan in May, promising to devote more than $30 billion on electrification by 2025.

“That we have been and are carrying out our ambitious Ford+ plan to transform the company and thrive in the new era of connected, electric vehicles is well known,” Ford spokesperson T.R. Reid told the Daily Caller News Foundation in a statement. 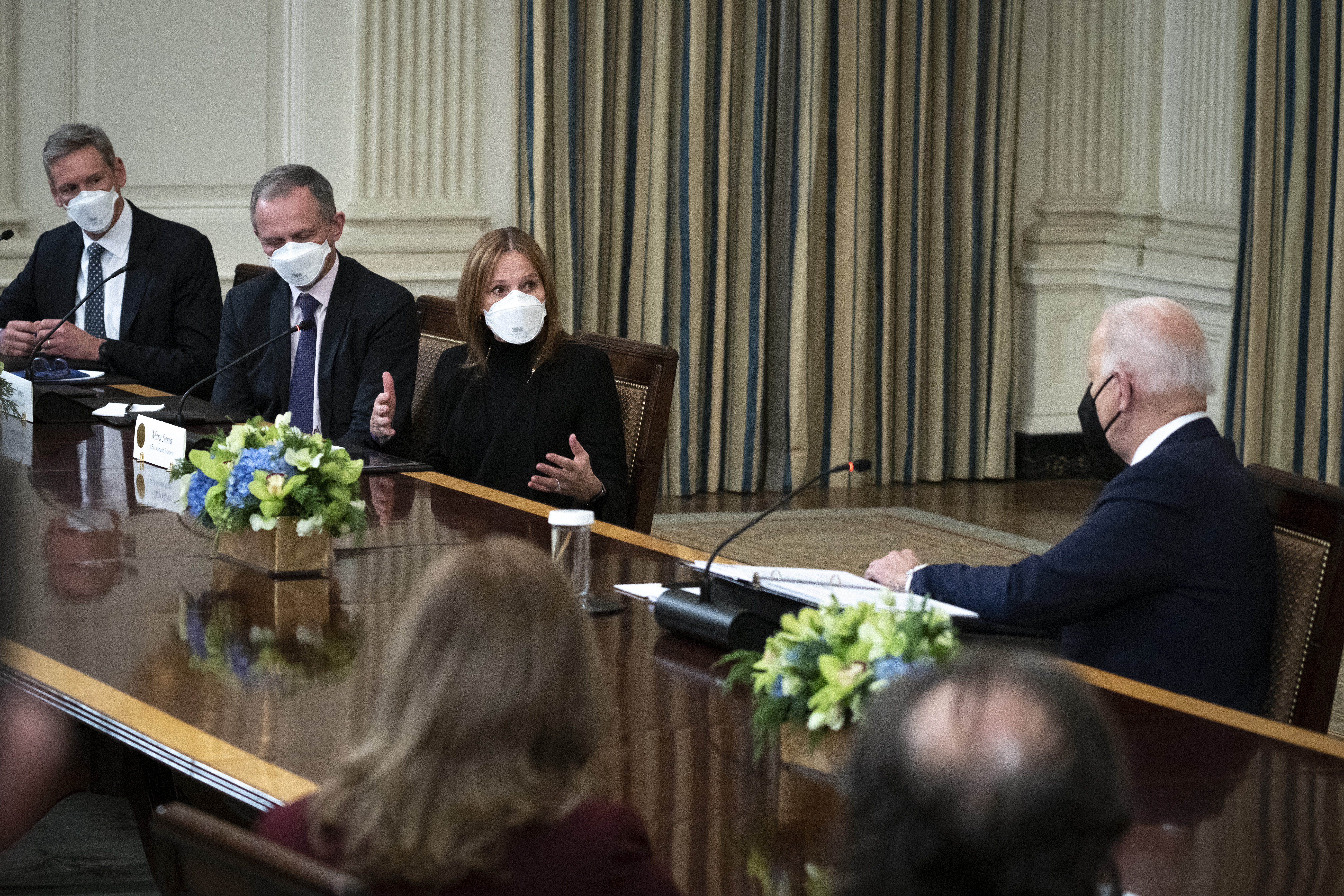 GM announced that it would increase EV spending by another $7 billion on Jan. 25, the Associated Press reported. The investment will be put toward new electric truck and battery plants.

While the two companies have rolled out ambitious plans to electrify their fleets, though, rival U.S. automaker Tesla has dominated the EV market share. Tesla vehicles represented a whopping 79% of all EV sales in 2020, according to Experian data.

But Tesla CEO Elon Musk has been repeatedly snubbed by the White House. In August, the company didn’t receive an invite to an EV event with other top car manufacturers hosted by Biden.

Musk called the president a “damp sock puppet in human form” and said he was “trying to cancel a great American company and rewrite EV history” in a series of tweets Thursday responding to GM and Ford receiving an invitation over Tesla to the White House meeting last week.

GM didn’t immediately respond to a request for comment from the DCNF.