Republican Sen. Josh Hawley of Missouri called on President Joe Biden to abandon NATO’s pledge to accept Ukraine as a member of the organization.

“It is not clear that Ukraine’s accession would serve U.S. interests,” Hawley wrote in a letter to Secretary of State Antony Blinken. “Indeed, deteriorating conditions in the global security environment caution otherwise.”

The senator asked for “clarity” from Blinken about how Ukraine’s membership helps U.S. interests, and he cited the threat of China as a reason to go back on its promise, arguing the binding commitment to defend Ukraine would hinder America’s response to the communist power.

“The United States must shift resources to the Indo-Pacific to deny China’s bid for regional domination,” Hawley wrote. “This means the United States can no longer carry the heavy burden it once did in other regions of the world – including Europe.” (RELATED: Putin Claims US Is Trying To Pull Russia Into A War) 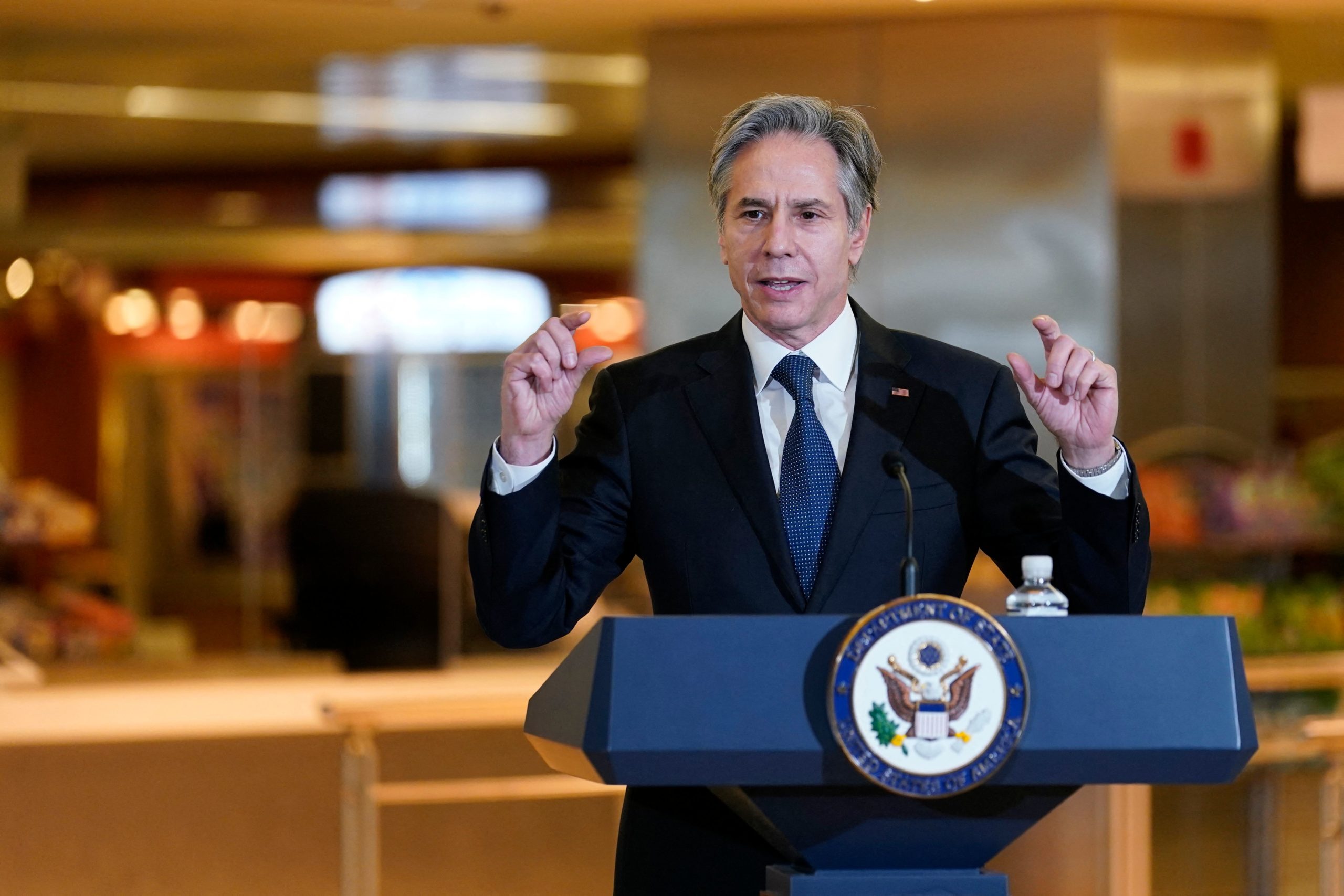 Secretary of State Antony Blinken speaks at the State Department in Washington, DC, on February 1, 2022. (Photo by SUSAN WALSH/POOL/AFP via Getty Images)

Former President George W. Bush, along with all NATO leaders, agreed at the 2008 Bucharest Summit that Ukraine and Georgia would eventually be allowed to become members, though a timetable was not established, Axios reported.

Russia has amassed up to 130,000 troops along the Ukrainian border, blaming the West for creating security risks and demanding NATO rescind its promise to Ukraine and Georgia. Biden approved more U.S. military deployments to Eastern Europe on Wednesday, as diplomatic talks fail to de-escalate the situation.

“Already, President Biden has announced that the United States will send more conventional forces to Europe, if Russia invades Ukraine,” Hawley wrote. “Such a deployment can only detract from the U.S. military’s ability to ready and modernize forces to deter China in the Indo-Pacific.”