Republicans on the Senate Banking Committee released a report slamming one of President Joe Biden’s Federal Reserve nominees for her views on reimagining the U.S. financial system.

Sarah Bloom Raskin, who Biden has nominated to serve as vice chair for Supervision of the Federal Reserve, would wrongly prioritize climate policies over financial stability, according to the GOP report published Wednesday. The report criticized Raskin for previous comments that said financial regulations need to be reimagined to save the world from an “unlivably hot planet.”

“Advocates for more aggressive governmental action on global warming have shifted their concerns in recent years to financial regulation, citing possible ‘risks’ to banks and the entire financial system itself,” the report stated.

“Raskin is a ‘climate warrior’ who would abuse the Fed’s narrow statutory mandates by having the central bank actively engage in capital allocation and de-bank energy companies,” it continued. (RELATED: 25 States Urge Biden To Rescind Fed Nominee Over ‘Radical’ Climate, Social Views)

The Republicans noted that Raskin, who has characterized climate change as an “existential threat,” previously advocated for so-called financial “stress tests” that would force investors to allocate capital toward renewable energy investments and away from fossil fuels. Such a policy would penalize banks for serving the fossil fuel industry. 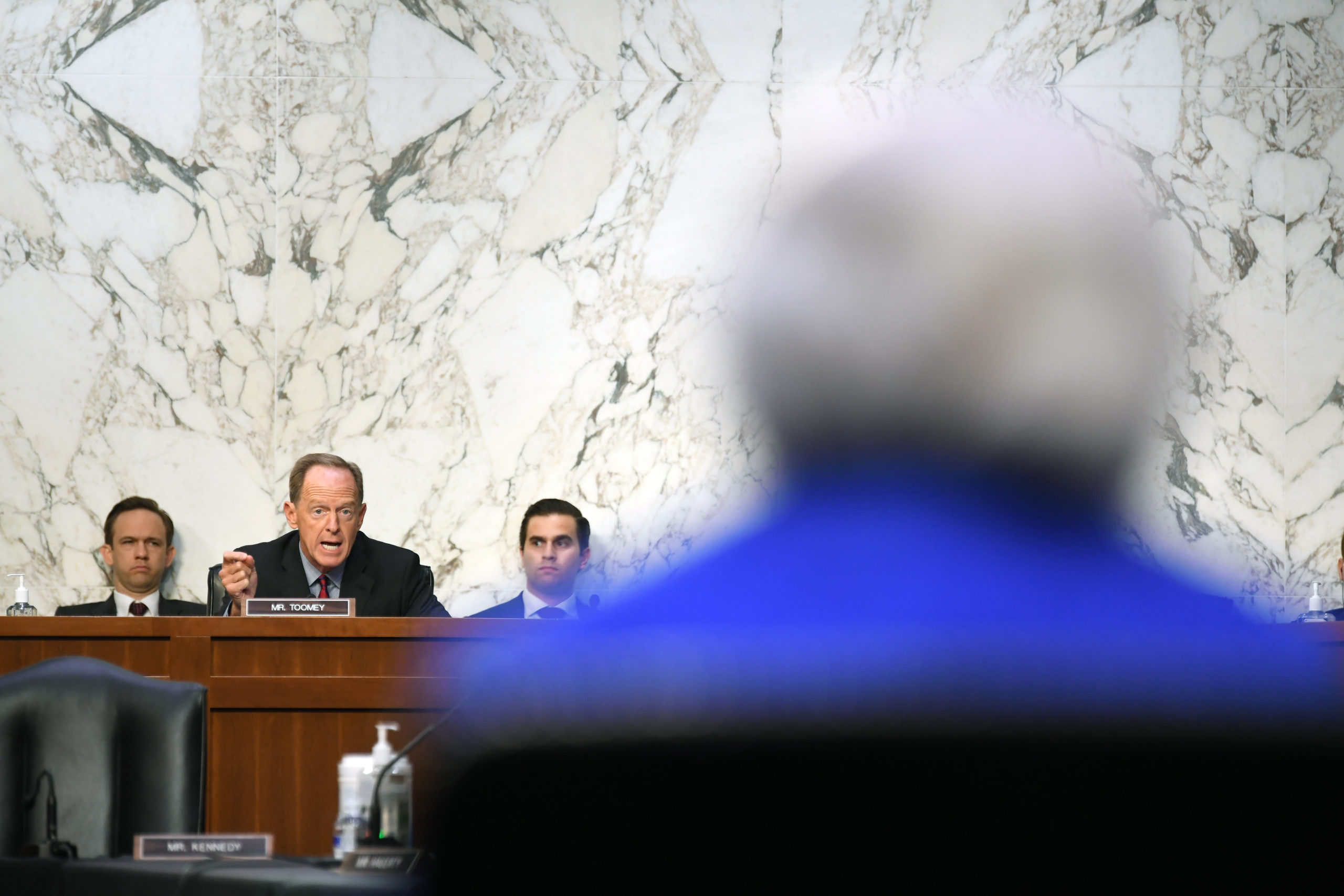 “The use of a stress test, I think, is an important tool,” Raskin remarked during a June speech. “Now you hear a lot of discussion saying ‘oh, but the scenarios are too hard, there are too many, we don’t know for sure what in essence what such a scenario might look like.’ And I think that we need to move beyond that.”

The report further cited Raskin’s comments in a September article in which she wrote that financial regulators “must reimagine their own role” to play a part in the “broader reimagining of the economy.”

Banking Committee Ranking Member Pat Toomey said he expected “very significant” Republican opposition to Raskin’s nomination when a vote is held, during a CNBC interview Wednesday. The Pennsylvania Republican added that climate policies and regulation should be left to a “politically accountable process,” not the Fed.

Other Republicans, including Energy Committee Ranking Member John Barrasso, have also announced their strong opposition to Raskin. A group of top state financial officers representing 25 states wrote to Biden on Monday, asking him to withdraw Raskin from considerations over her policies’ potential impact on U.S. energy supplies.

The Chamber of Commerce suggested that Raskin would pursue a policy of political favoritism by pushing funds away from disfavored fossil fuel companies.

But Banking Committee Chair Sherrod Brown has signaled his support for Raskin and explained that she properly understands the “economic risks of climate change.”

Brown didn’t immediately respond to a request for comment from the Daily Caller News Foundation.

Raskin is set to appear before the committee on Feb. 3 for her confirmation hearing.