For the first time since then-Senate Majority Leader Mitch McConnell lowered the threshold to confirm a Supreme Court nominee from 60 votes to a simple majority, Democrats have a Senate majority.

Despite Democrats’ advantage being as slim as it can be in the 50-50 split chamber, their majority means that there is little Republicans can do to block anybody whom President Joe Biden nominates, assuming his party votes unanimously to confirm. Biden has also vowed to nominate a black woman, meaning his pick will likely be the first to ever serve on the Supreme Court.

And while any successor to Justice Stephen Breyer is all but certain to receive fewer votes than the 87 he garnered in 1994, there are several Republicans worth watching as the confirmation battle heats up and as speculation grows over whom Biden will pick, a decision he has said he will announce by the end of February. (RELATED: Could A Democratic Senator’s Stroke Affect The Upcoming SCOTUS Battle?)

South Carolina Republican Sen. Lindsey Graham has voted to confirm 62% of Biden’s judicial nominees since the president took office just in 2021, according to a Daily Caller News Foundation review, and has said that he tries to use a consistent approach when deciding how to vote regardless of judges’ political leans. He was also one of three Republicans — the other two being Alaska Sen. Lisa Murkowski and Maine Sen. Susan Collins — who voted to confirm Judge Ketanji Brown Jackson to the influential D.C. Court of Appeals in 2021, and she is widely acknowledged as a potential contender.

Graham even boosted U.S. District Court Judge and fellow South Carolinian J. Michelle Childs in an interview with CBS News Sunday, saying he “can’t think of a better person for the job.” And while Graham did not explicitly say that he would vote for Childs if she was the eventual nominee, he said he was a “big admirer” of hers.

Unlike many other Republicans, Graham also refused to criticize Biden’s pledge to nominate a black woman.

“Put me in the camp of making sure the court and other institutions look like America,” Graham said. “You know, we make a real effort as Republicans to recruit women and people of color to make the party look more like America.”

“President Reagan said, running for office, that he wanted to put the first female on the court,” Graham later added. “Whether you like it or not, Joe Biden said, ‘I’m going to pick an African American woman to serve on the Supreme Court.’ I believe there are plenty of qualified African American women, conservative and liberal that could go onto the court.” 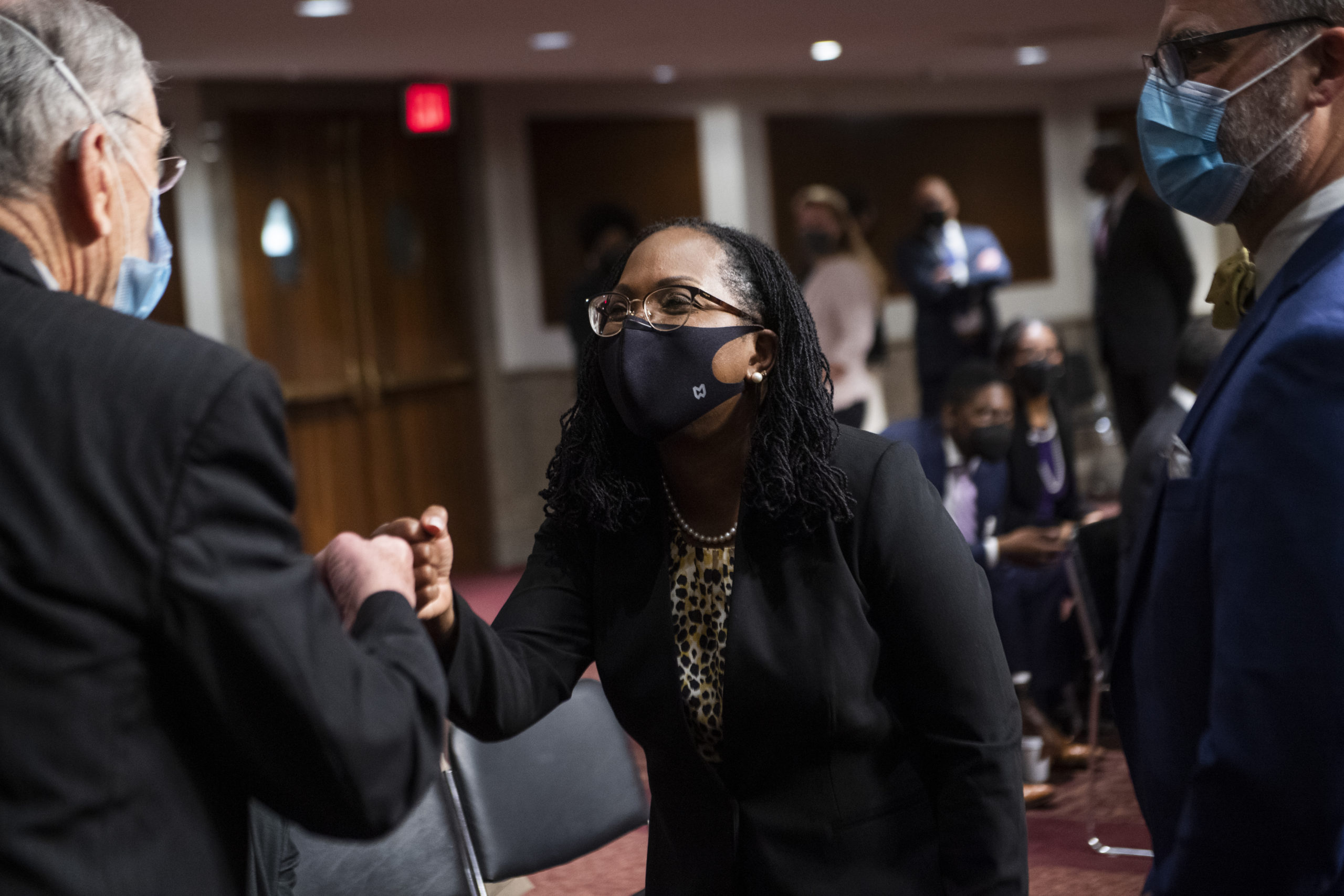 Murkowski is one of Republicans’ consistent swing votes, and has shown little fear of bucking her party in the past. The moderate did not support Justice Brett Kavanaugh’s confirmation in 2018, and only voted for Justice Amy Coney Barrett after voting no on a procedural measure to advance her nomination.

But Murkowski has declined to explicitly say how she will vote for Biden’s eventual nominee, a vote that could ultimately come just weeks before her primary against Trump-endorsed candidate Kelly Tshibaka. While she voted to confirm Jackson in 2021, she told Alaskan radio station KDLL to not draw too many conclusions. (RELATED: Lisa Murkowski Is Not Afraid To Buck The Party Line Or Criticize Trump. Could It Cost Her In 2022?)

“There is a pretty tangible difference between being on a district court, a circuit court and then this Supreme Court,” Murkowski said. “These are lifetime appointments. My role in the advice and consent is one that I take very, very seriously.”

“I will look at any nominee who comes forward with very critical review and analysis,” Murkowski added. “I think it’s well known that I take my time. I deliberate.”

Collins, another moderate Republican in the Senate conference, and is the only one who voted against Barrett’s confirmation, citing its proximity to the 2020 election. She also voted to confirm Jackson to the D.C. Court of Appeals last year, and has voted for Biden’s judicial nominees 86% of the time.

But Collins has not committed to voting one way or the other thus far, and she even criticized Biden’s pledge to nominate a black woman.

“I would welcome the appointment of a black female to the court,” Collins told ABC News on Sunday. “I believe that diversity benefits the Supreme Court. But the way that the president has handled this nomination has been clumsy at best.”

“It adds to the further perception that the court is a political institution like Congress when it is not supposed to be,” Collins added. “So, I am certainly open to whomever [Biden] decides to nominate. My job as a senator is to evaluate the qualifications of that person under the advise and consent role.”