Russian President Vladimir Putin claimed on Tuesday that the U.S. was attempting to pull his country into a war in Ukraine, The New York Times reported.

“Their most important task is to contain Russia’s development,” Putin said of the U.S., the NYT reported. “Ukraine is just an instrument of achieving this goal. It can be done in different ways, such as pulling us into some armed conflict and then forcing their allies in Europe to enact those harsh sanctions against us that are being discussed today in the United States.”

“I hope that eventually we will find this solution though it’s not easy, we understand that,” Putin said, the NYT reported. “But to talk today about what that will be — I am, of course, not ready to do that.” (RELATED: Russia Denies Responding To US Proposal After Heated UN Exchange)

Putin made the comments while at a news conference with Prime Minister Viktor Orban of Hungary, marking the first time since December 2021 he had spoken publicly about the Ukraine crisis, the NYT reported. 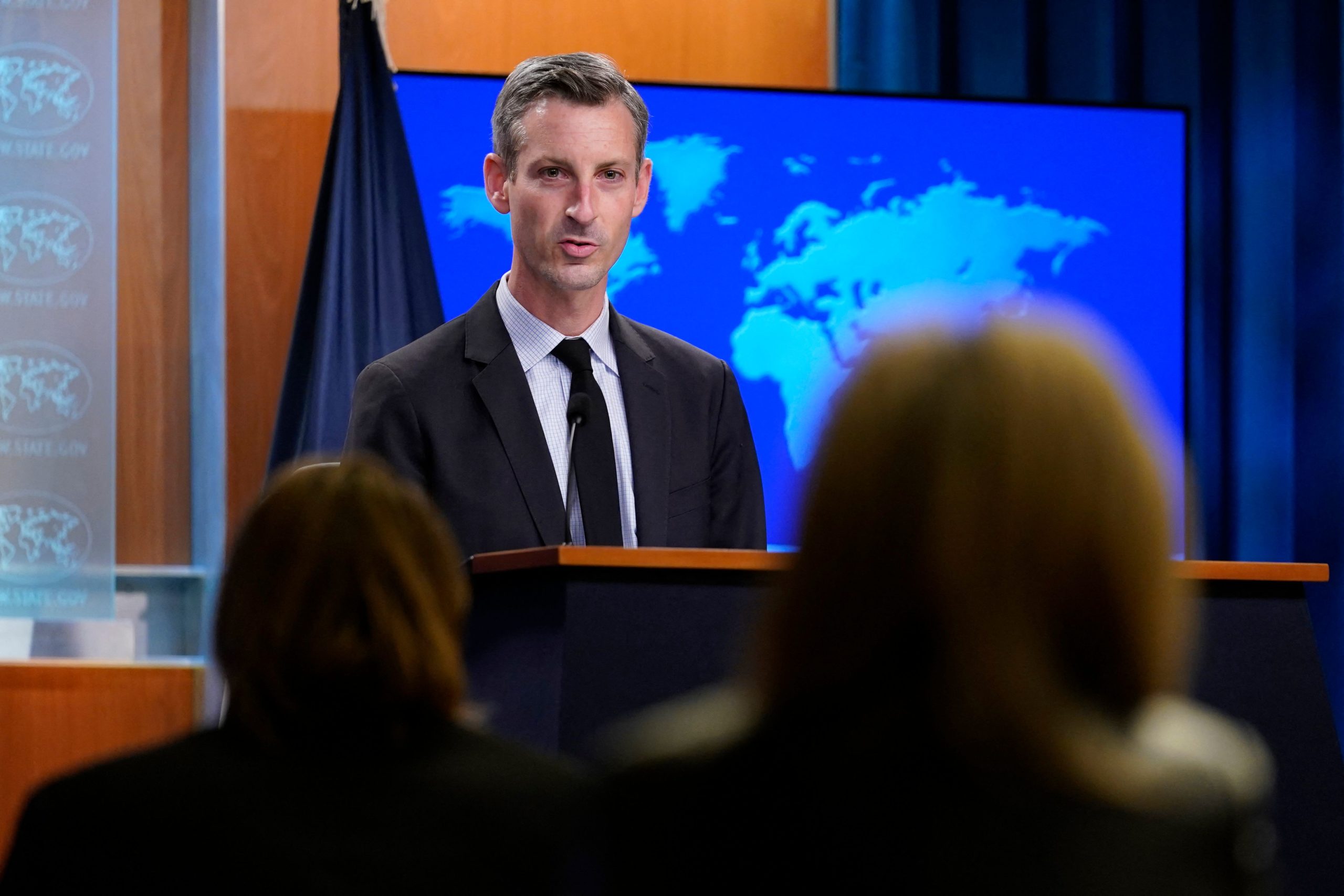 State Department spokesman Ned Price speaks during a briefing at the State Department in Washington, DC on February 1, 2022. (Photo by SUSAN WALSH/POOL/AFP via Getty Images)

Russia has amassed up to 130,000 troops along the Ukrainian border, accusing the West of creating a security risk and demanding NATO rescind its promise to let Ukraine become a member. It has also told NATO to decrease its troop presence in eastern European countries that were once a part of the Soviet Union.

White House press secretary Jen Psaki compared Putin’s claims to “when the fox is screaming from the top of the henhouse that he’s scared of the chickens,” asserting that Russia is “the aggressor,” the NYT reported.

“I will leave it to the Kremlinologists out there — budding, professional, amateur or otherwise — to read the tea leaves and try to interpret the significance of those remarks,” State Department spokesperson Ned Price said, the NYT reported.