Democratic Connecticut Rep. Jahana Hayes, who was caught paying her family tens of thousands of dollars since entering Congress, after the Daily Caller reviewed FEC records, says the money was spent to manage her passwords and calendar.

The FEC records, reviewed by the Daily Caller, show that Hayes paid over $15,000 in increments of $282.47 each to a person with the name “David Crenshaw” under the category of “Payroll.”

Since Daily Caller’s reporting, Hayes has faced heat from local media, with some raising questions about her children’s involvement.

The Daily Caller contacted Hayes’ office about the payments to her family. They responded that to both her son and daughter work for her campaign to be reelected. (RELATED: FEC Records Show Democratic Rep. Jahana Hayes Used Campaign Funds To Pay Family Thousands Of Dollars) 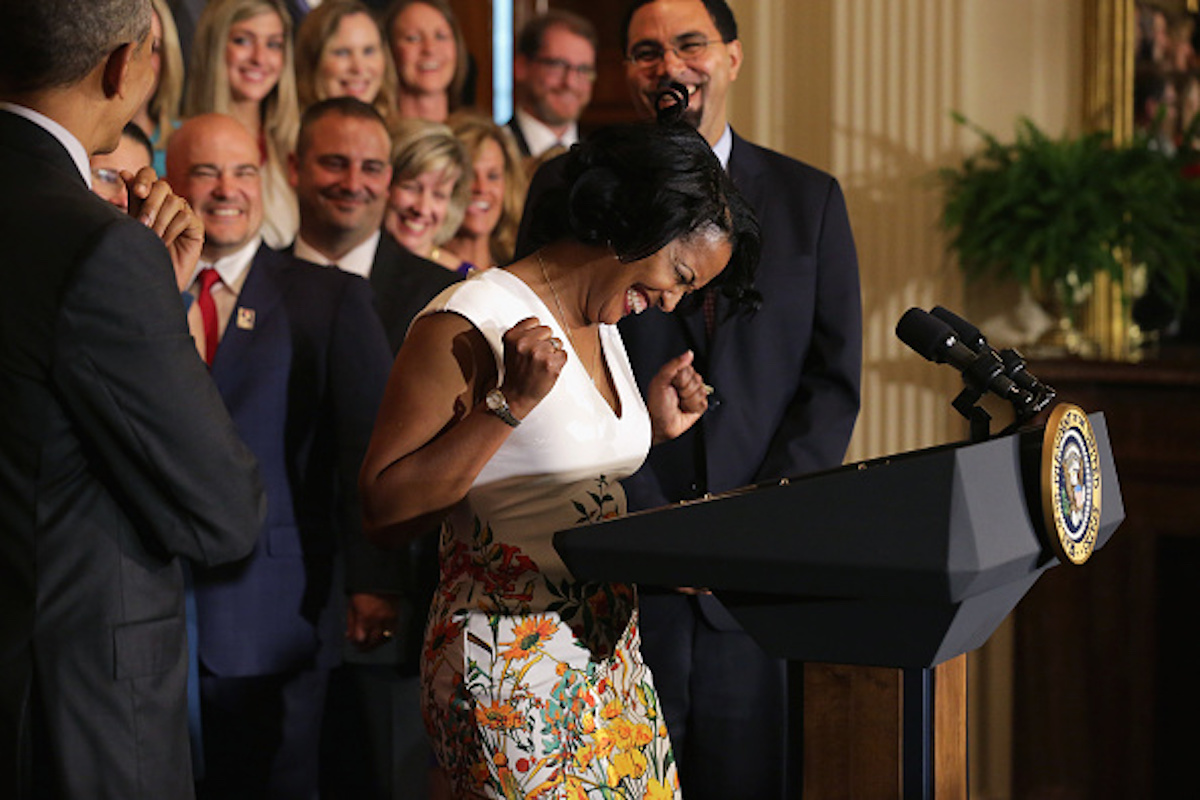 2016 National Teacher of the Year Jahana Hayes (C) of John F. Kennedy High School in Waterbury, CT, has a hard time controlling her excitement after taking the stage with U.S. President Barack Obama (L), Education Secretary John King (R) and her fellow state teachers of the year during a ceremony in the East Room of the White House May 3, 2016 in Washington, DC. (Photo by Chip Somodevilla/Getty Images)

Republican Connecticut candidate George Logan then immediately called on the House Committee on Ethics to investigate the legitimacy of Hayes’ children’s employment to determine whether or not it is legal. Barbara Ellis, the manager of Hayes’ reelection campaign, said Hayes’ daughter handles campaign scheduling for her mother and Hayes’ son does digital and tech support.

Hayes gave a similar comment: “The positions that you’re asking about are handling of my personal passwords and calendars and things that are deeply important, so to have someone stay on after the election season and have the consistency and also the trust… again it’s not uncommon.”

The Daily Caller asked Hayes’ campaign if the Congresswoman has paid her two children nearly $40,000 just to handle her passwords and calendar, to which they did not immediately respond.

“Jahana Hayes would have been better off not admitting she’s paying her children tens of thousands of dollars to write down passwords,” a Republican strategist told the Daily Caller.