China announced its support for Russian opposition to further NATO expansion on Friday in part of a joint statement between Moscow and Beijing on a raft of issues.

“The sides oppose further enlargement of NATO and call on the North Atlantic Alliance to abandon its ideologized cold war approaches,” the countries said in the statement, which was published after a visit by Russian President Vladimir Putin for the Winter Olympics, BBC News reported.

Russia has amassed up to 130,000 troops along its border with Ukraine and demanded that NATO rescind its promise to Ukraine that it will be admitted as a member, citing security concerns.

The Kremlin has denied having plans to invade Ukraine, but the U.S. alleged on Wednesday that its intelligence uncovered a plot to use a fake video of Ukrainians attacking Russian-speaking people as a pretext to launch an attack. The U.S. has refused to provide evidence of the allegation. (RELATED: Former Trump Officials Call Out Biden’s ‘Superficial’ Relationship With Germany, ‘Weakness’ On Russia) 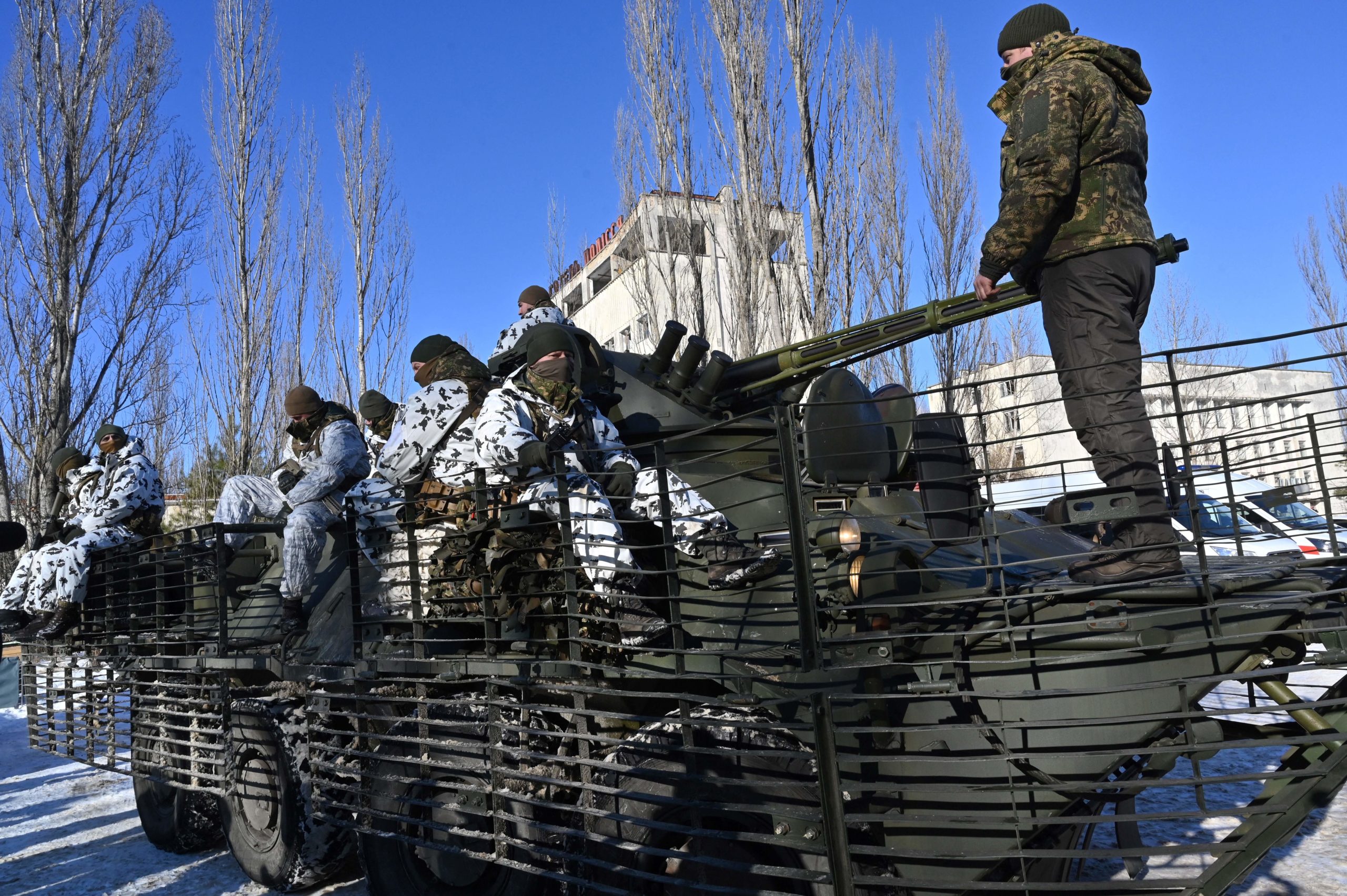 Servicemen take part in a joint tactical and special exercises of the Ukrainian Ministry of Internal Affairs, the Ukrainian National Guard and Ministry Emergency in a ghost city of Pripyat, near Chernobul Nuclear Power Plant on February 4, 2022. (Photo by SERGEI SUPINSKY/AFP via Getty Images)

The two countries said the “friendship” between them has “no limits” and that no area of their cooperation was “forbidden.”

The statement noted Russia’s support for Beijing’s One China policy, which claims Taiwan, an independent democracy, is a breakaway province that will eventually be a part of China again. Qin Gang, China’s ambassador to the U.S., said war was “likely” if the U.S. continues to support Taiwan’s independence.

Both nations voiced concern over the Aukus security pact between the U.S., U.K. and Australia, which intends to boost security in the Asia-Pacific region, BBC News reported. The pact is reportedly seen as an effort to counter China as it becomes increasingly aggressive in the South China Sea.