The top House Republican on a key oversight subcommittee has pushed a series of conflict-of-interest probes into the Biden administration over its ties to the renewable energy industry.

Republican South Carolina Rep. Ralph Norman, the ranking member on the Oversight Subcommittee on Environment, has probed leadership in the White House, Department of Energy (DOE) and Environmental Protection Agency (EPA), demanding accountability for potential conflicts of interests since President Joe Biden took office more than a year ago. While committee Democrats haven’t cooperated with the investigations, Norman and Oversight Ranking Member James Comer have forged ahead.

“The people in the administrations have no regard for the office that they hold,” Norman told the Daily Caller News Foundation in an interview.

“Democrats are not going to want to shed any light that indicates that anything is going on,” he added. “That’s just the way it is.” (RELATED: GOP Senator Demands Watchdog Investigate Energy Secretary’s Involvement With Electric Car Company)

In May 2021, Norman informed Energy Secretary Jennifer Granholm that they were conducting oversight into her former position at electric vehicle manufacturer Proterra. Senate Energy Committee Ranking Member John Barrasso also sounded the alarm on Granholm’s relationship with her former employer.

Granholm, whose government position entails reviewing U.S. electric vehicle policy, previously served on Proterra’s board and continued to hold stock in the company after she was confirmed by the Senate in February 2021. Proterra also hosted Biden during an April 2021 virtual event in which the president commended and boosted the company for its work producing zero-emissions vehicles.

“For the president to do a virtual tour promoting the company, it’s just a conflict of interest,” Norman told the DCNF. 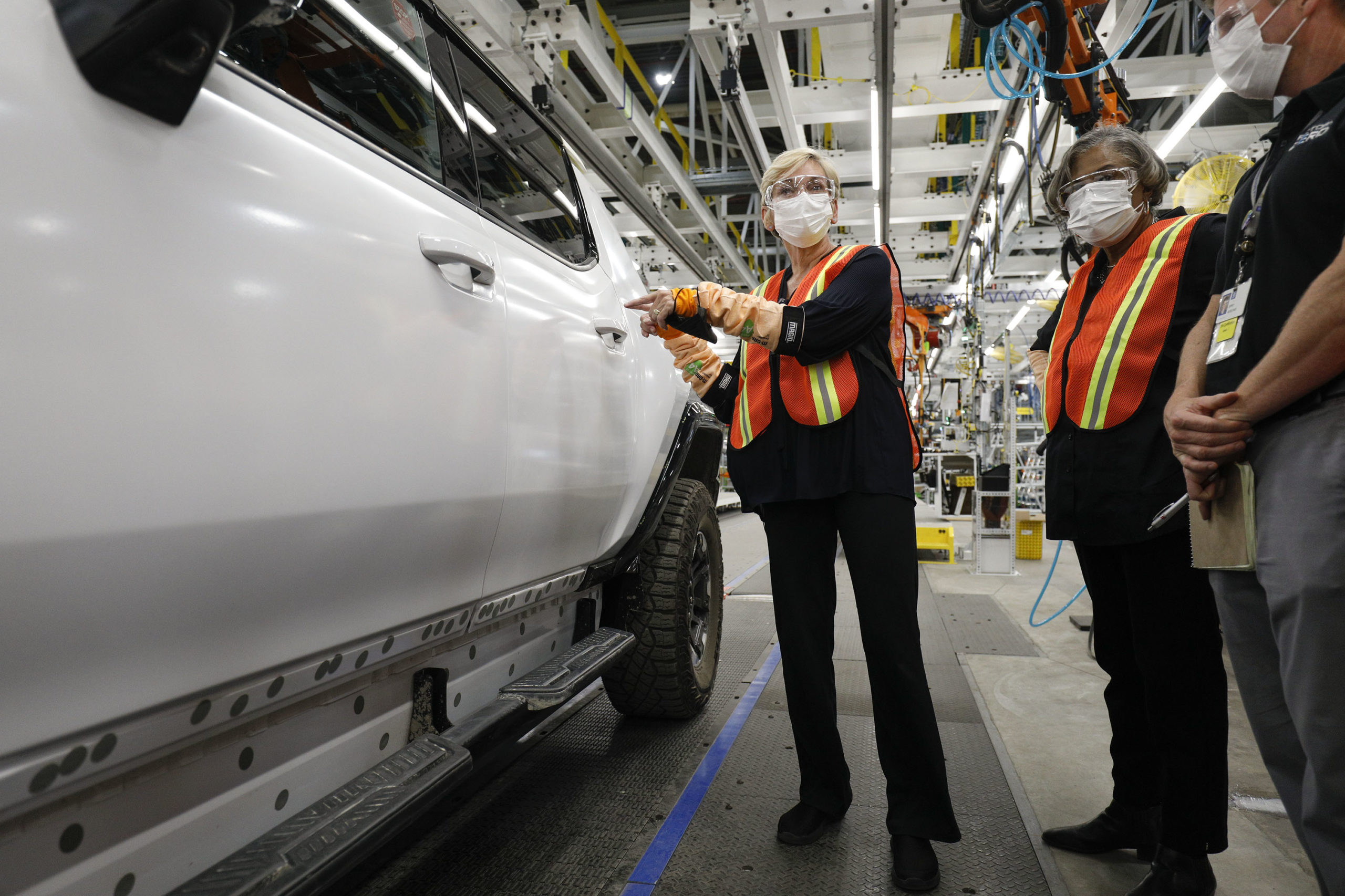 Two weeks after Norman’s letter, Granholm sold her remaining shares in the company, earning $1.6 million in profit, Politico reported. In response to the oversight, DOE Deputy General Counsel Eric Fygi said the secretary acted in “full accordance” with the administration’s ethical guidelines, according to a letter sent to Norman’s office and obtained by the DCNF.

Norman wrote to DOE leadership in July 2021, notifying them of a probe into Speakes-Backman over her ties to the Energy Storage Association (ESA), an interest group representing more than 200 companies in the industry. Speakes-Backman was previously the ESA’s CEO.

Since taking on her current role at the Energy Department, however, she has promoted the ESA and suggested that the agency implement policies benefiting ESA member businesses, according to Norman’s letter.

“It is imperative that all officials at DOE, particularly senior political appointees are taking their ethical obligations seriously and not using positions of public trust to benefit former employers,” the South Carolina Republican wrote at the time.

The DOE didn’t respond to the congressman’s request for further information.

EPA Administrator Michael Regan speaks to the media after his visit to the Flint Community Water Lab on July 7 in Flint, Michigan. (Rey Del Rio/Getty Images)

In September 2021, Norman led a letter to the EPA, saying that he had opened a probe into Frey over his ties to China. After he accepted his role at the EPA, Frey took a leave of absence from the Hong Kong University of Science and Technology (HKU) instead of resigning, an indication of his intent to return to the school after his tenure.

“At a time when the Biden Administration is pushing for costly climate change ‘solutions’ that benefit China, it raises questions about why a senior EPA official has such strong ties to China, the world’s largest emitter of greenhouse gases,” Norman wrote to EPA Administrator Michael Regan.

HKU has become more aligned with the Chinese government over the last two years, according to the American Association for the Advancement of Science.

“We’ve got to get completely divorced from China, we have to have manufacturing here,” Norman told the DCNF. (RELATED: ‘Cannot Power The World With Solar Panels And Wind Turbines Alone’: Bipartisan Lawmakers Advocate For Increased Nuclear Energy)

The EPA responded to Norman’s letter and said Frey had met ethical obligations but if he was confirmed to a different position that Biden nominated him for, he would resign from HKU.

On Jan. 18, Norman and Comer penned a letter to the Biden administration, expressing concern over its massive $500 million loan to a U.S. solar company partially owned by a Democratic donor. The U.S. International Development Finance Institution, a federal agency, announced it would grant the loan to First Solar to help finance a solar panel factory in Tamil Nadu, India.