“There is an old Chinese saying to the effect that ‘He who has a mind to frame others can easily trump up some charges’,” said Zhao, echoing critics’ assertions the DOJ harbors “implicit biases” and deliberately engages in “racial profiling” while investigating China Initiative cases.

Launched by Attorney General Jeff Sessions in 2018, the China Initiative set out to counter “China’s malign behaviors” and identified academia as one of America’s “most vulnerable sectors” to CCP espionage. 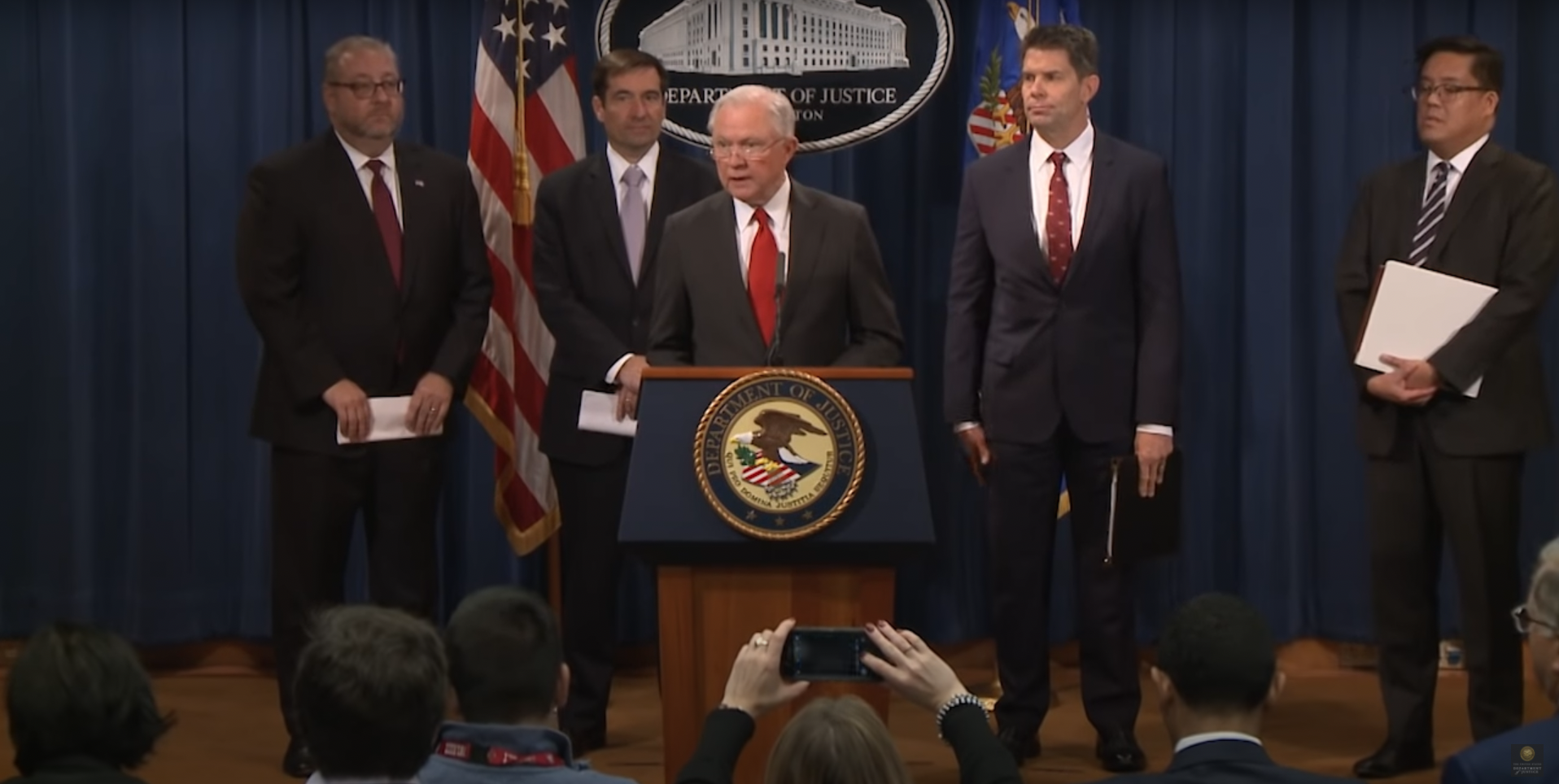 However, the China Initiative has since come under fire from Democratic Party politicians, academics, activists and mainstream media outlets.

Among the most vocal of critics are the Chinese American organization Committee of 100, Democratic Rep. Ted W. Lieu, and the Stanford University faculty group, Winds of Freedom.

Ignoring widespread and well-documented cases of CCP espionage across the corporate world, government, and within the ivory towers of academia, during the January presser Zhao parroted critics in claiming “most” China Initiative cases do “not involve intellectual property or trade secrets theft.”

Government reporting on China Initiative cases is imperfect, leaving the program’s inexhaustive data sets, and, consequently, its merits, open to the interpretation of well-intentioned critics and bad actors alike.

Citing the Winds of Freedom letter to Attorney General Merrick Garland, Zhao said, “Nearly 2,000 university scholars across the U.S. signed an open letter to the attorney general in protest of this initiative.”

“Besides, 192 Yale professors wrote and signed a letter to the attorney general pointing out that the strategy has ‘fundamental flaws.’ Over 20 Asian groups wrote to the U.S. President demanding the end of it,” Zhao said. “The United Chinese Americans protested outside the U.S. Department of Justice demanding the end of the initiative.”

The January presser was, in fact, just the latest instance of CCP officials piggybacking upon left-wing polemics.

“Advocacy groups say the prosecutions under the ‘China Initiative,’ a scheme launched by the US Department of Justice, the Federal Bureau of Investigation and other federal agencies, reflect racial bias that contributed to a 71% rise in incidents of violence against Asian Americans from 2019 to 2020,” CGTN said. “The U.S. government has ‘turned the China Initiative into an instrument for racial profiling,’ says Judy Chu, a Democratic representative from California. Do you have any comment?”

Weaponizing woke rhetoric on race, Zhao said, “The hard work of ethnic minorities in the U.S., including those of Chinese descent, is not paid back with respect and protection but with persistent discrimination and injustice.”

“This runs counter to the values of ‘human rights’ and ‘equality’ that the U.S. has always championed. It is a humiliation to the American democracy,” Zhao said. “The U.S. side should take actions to address its serious problem of racism and safeguard the legitimate rights and interests of ethnic minorities including people of Chinese descent.” (RELATED: Chinese Spy Suspected To Have Infiltrated UK Parliament)

Over and above trafficking in left-wing talking points to undermine the China Initiative, the CCP is also recognizing the utility of cloaking itself in the guise of Democratic Party-backed social justice causes in order to deflect scrutiny.

“The challenges facing the United States in human rights are deep-seated. They did not just emerge over the past four years, such as Black Lives Matter. It did not come up only recently,” said Yang. “So we do hope that for our two countries, it’s important that we manage our respective affairs well instead of deflecting the blame on somebody else in this world.”