The U.S. Postal Service defended its plan to replace the majority of its delivery vehicles with gas-powered trucks while electrifying some of its fleet.

“Our commitment to an electric fleet remains ambitious given the pressing vehicle and safety needs of our aging fleet as well as our dire financial condition,” Postmaster General Louis DeJoy said in a statement on Sunday. “The proposed action, which we are evaluating under the National Environmental Policy Act (NEPA), includes an initial order plan for 5,000 electric vehicles, and the flexibility to increase the number of electric vehicles introduced should additional funding become available.”

The USPS, which has come under fire for the proposal, said it was working towards the electrification of its delivery fleet “as quickly as resources and infrastructure will allow.” The agency said it was committed to working with the Environmental Protection Agency (EPA) and Congress as it moves forward with its fleet replacement.

The EPA sent a scathing letter to the USPS Wednesday over its plan, saying that it represented a lost opportunity to lead on climate policy. The White House said the postal service could be faced with congressional or federal court intervention if the plan wasn’t reconsidered in a separate letter. (RELATED: ‘Lost Opportunity’: White House Slams USPS Plan To Buy More Gas-Powered Vehicles) 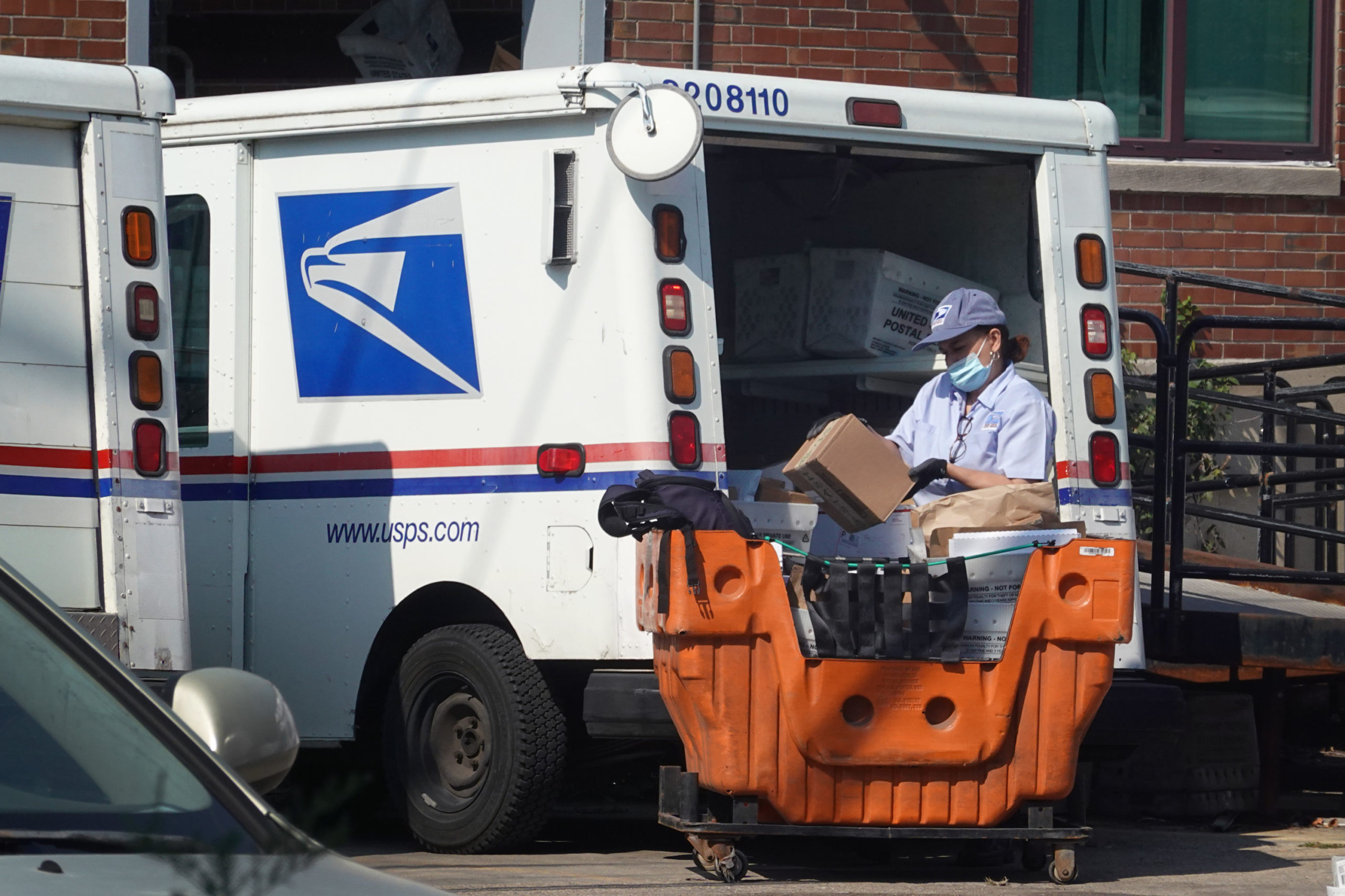 “Absent such funding, we must make fiscally responsible decisions that result in the needed introduction of safer and environmentally cleaner vehicles for the men and women who deliver America’s mail,” he continued.

The USPS unveiled a deal with Wisconsin-based automaker Oshkosh to produce its “next generation delivery vehicles” over the course of the next decade in February 2021. The deal called for just 10% of its 165,000-vehicle-fleet to be replaced with electric trucks while the remainder would be replaced with fuel-efficient models.

DeJoy has explained that the USPS couldn’t afford any major electrification based on its current financial situation.

Environmentalists, though, have urged the USPS’ governing board to reverse course despite the high cost of replacing the fleet with mostly electric vehicles. The group Earthjustice characterized the proposal as a “once-in-a-generation opportunity.”

President Joe Biden has vowed to ensure 50% of private car sales are electric by 2030 and that every addition to the federal governments’ massive vehicle fleet is an EV by 2035. Postal service trucks represent about 30% of the federal government’s entire fleet, according to American Oversight.