The API submitted a notice of appeal to the U.S. Court of Appeals for the District of Columbia Circuit, signaling that it would fight a decision that canceled the sale, according to court documents filed Tuesday evening. District Court Judge Rudolph Contreras ruled on Jan. 27 that the federal government failed to adequately consider the environmental impact when it moved ahead with the sale under the Trump administration.

The Department of the Interior, which defended the sale in recent months, declined to comment on whether it would join the appeal effort in a statement to the Daily Caller News Foundation. The DOI facilitated the sale in November despite pleas from Democrats and environmental groups, urging the Biden administration to cancel the Trump-era action. (RELATED: Federal Judge Tosses Lawsuit Challenging Biden’s Authority To Block Keystone Pipeline)

“At a time of rising energy costs and heightened geopolitical tensions, the misguided decision to cancel the only lease sale held last year is contributing to significant uncertainty for U.S. natural gas and oil producers and limiting access to the affordable, reliable energy that’s needed here in the U.S. and around the world,” API Senior Vice President for Policy, Economics and Regulatory Affairs Frank Macchiarola said in a statement Tuesday evening.

“We call on the Department of Interior to join us in this effort and appeal the court’s ruling, which overlooked the comprehensive environmental analysis that the Bureau of Ocean and Energy Management conducted as part of the (National Environmental Policy Act) process prior to the lease sale, including careful consideration of the emissions impacts of reasonable alternatives,” he continued. 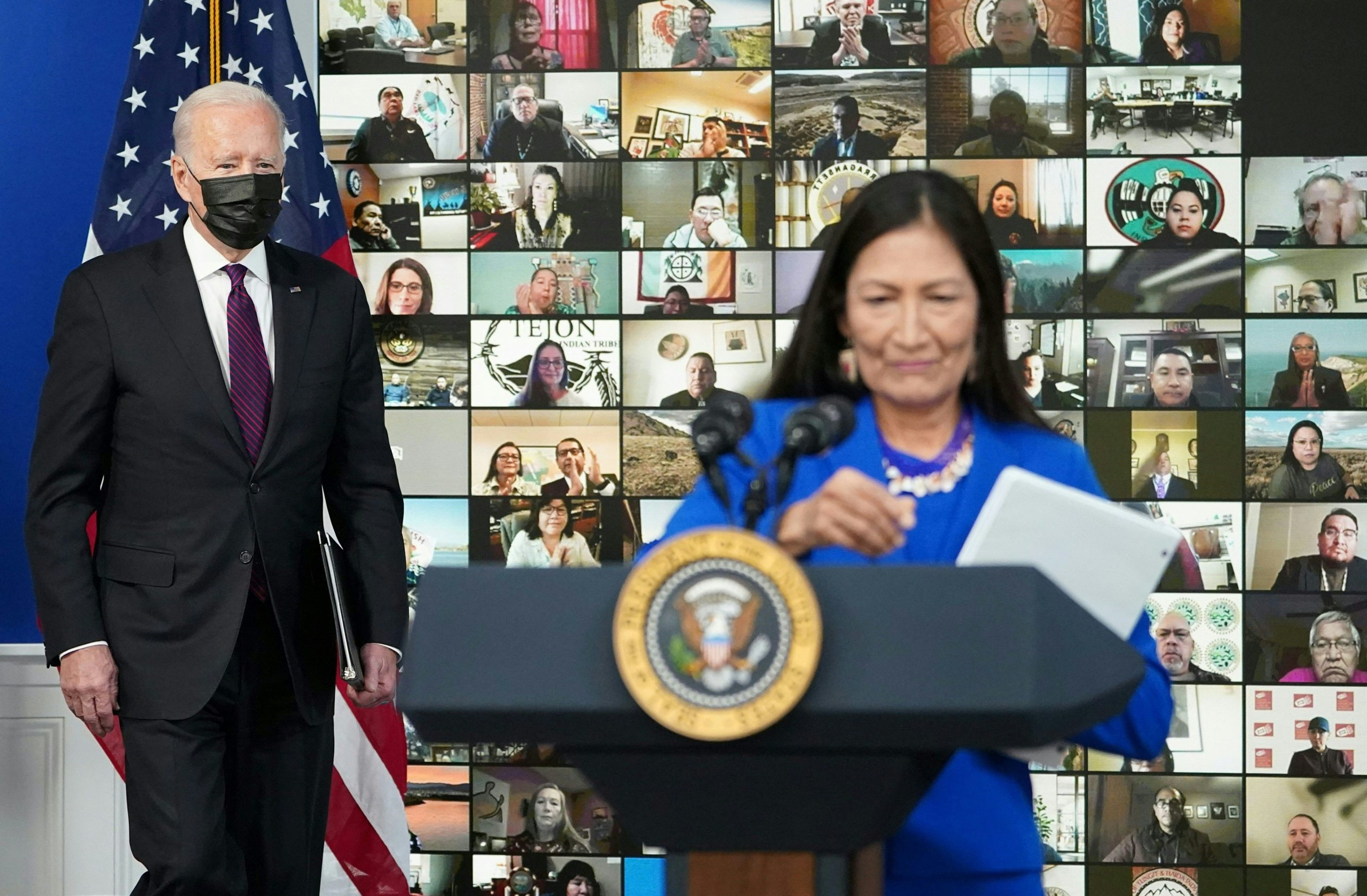 Macchiarola added that the drilling sale was important for American energy security and was a key source of revenue for “critical conservation programs.”

The November drilling sale of about 80 million acres of land in the Gulf of Mexico generated more than $198.5 million in total bids from 33 companies, according to the Bureau of Ocean and Energy Management (BOEM). The revenue was transferred to the U.S. Treasury, local governments, the Land and Water Conservation Fund and the Historic Preservation Fund.

In August, environmental groups led by Friends of the Earth sued the DOI, BOEM and Interior Secretary Deb Haaland over the lease. The lawsuit alleged that the sale would “magnify” greenhouse gas emissions worldwide while leading to the production of nearly 1.12 billion barrels of fossil fuels.

On Tuesday, Friends of the Earth led a legal petition signed by more than 300 other green groups, asking the Biden administration to stop authorizing Gulf of Mexico oil exploration permits.

“We’re calling on President Biden to turn this ship around and begin fulfilling his promises of ending offshore drilling and helping historically disenfranchised communities heal in the face of systemic environmental racism,” Hallie Templeton, the legal director for Friends of the Earth, said in a statement.