A paralyzed man became the first person to walk again after having his spinal cord completely severed.

Michel Roccati, who was paralyzed for five years after a motorcycle accident, took his first steps thanks to an electrical device implanted in his spine, BBC News reported. His experience marks the first time a patient has been able to walk after their spinal cord was completely cut.

“For the first time, we have not only immediate effect — though training is still important — but also individuals with no sensation, no movement whatsoever, have been able to regain full standing and walking independently of the laboratory,” Grégoire Courtine, a researcher at the Swiss Federal Institute of Technology, told CNN. (RELATED: Surgeons Give 57-Year-Old Man A Functioning Pig Heart In Historic Procedure)

Courtine, along with Dr. Jocelyne Bloch from Lausanne University Hospital, administered a clinical trial, including Roccati and two other men between the ages of 29 and 41, to examine the effects of electrodes placed in the epidural space between the spinal cord and vertebrae, according to CNN. The researchers sent a series of electrical pulses to the implanted devices, activating the patients’ muscles and allowing them to regain movement. 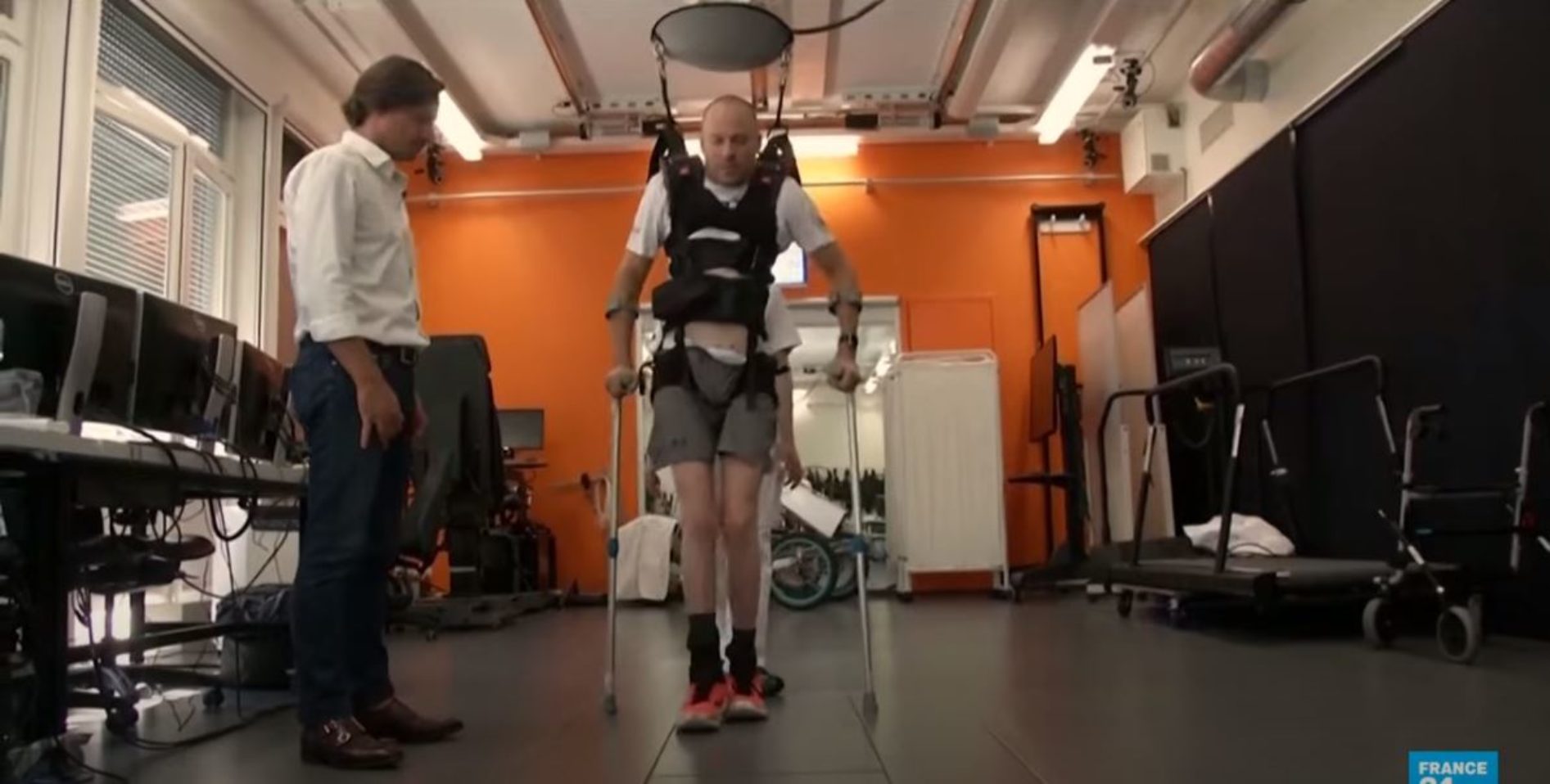 Researchers study the effects of an electrical implant attached to a patient’s spine. (Screenshot/YouTube/France 24 English)

The results of the study were published in Nature Medicine on Monday.

“They have done something that has not been done before,” Dr. Ram Hariharan, a consultant at the Northern General Hospital in Sheffield, told BBC News. “I have not heard of any study where they have put in an implant [into a patient with a complete spinal cord cut] and demonstrated muscle movements and improving balance, enough to stand and walk.”

Within days of receiving the electrical implant, the patients were able to move their legs and walk with the assistance of a frame, according to CNN.

“This is not a cure for spinal cord injury. But it is a critical step to improve people’s quality of life,” Courtine told BBC News. “We are going to empower people. We are going to give them the ability to stand, to take some steps. It is not enough, but it is a significant improvement.”