Democratic Sens. Mark Kelly of Arizona and Maggie Hassan of New Hampshire introduced the Gas Prices Relief Act with co-sponsors that included Sens. Catherine Cortez Masto of Nevada and Raphael Warnock of Georgia. The four senators are each facing extremely tight elections in November, which have been rated by The Cook Political Report as the closest midterms involving incumbent Democrats.

The bill would attempt to nix a federal 18 cents per gallon gasoline tax and lower rising prices at the pump, an issue seen by most Americans as a major problem, according to a Feb. 2 Gallup poll.  (RELATED: ‘Will Not Fix The Problem’: Biden Releasing Oil Reserves Due To Politics, Critics Say)

“Arizonans are paying some of the highest prices for gas we have seen in years and it’s putting a strain on families who need to fill up the tank to get to work and school,“ Kelly said in a statement. “This bill will lower gas prices by suspending the federal gas tax through the end of the year to help Arizona families struggling with high costs for everything from gas to groceries.” 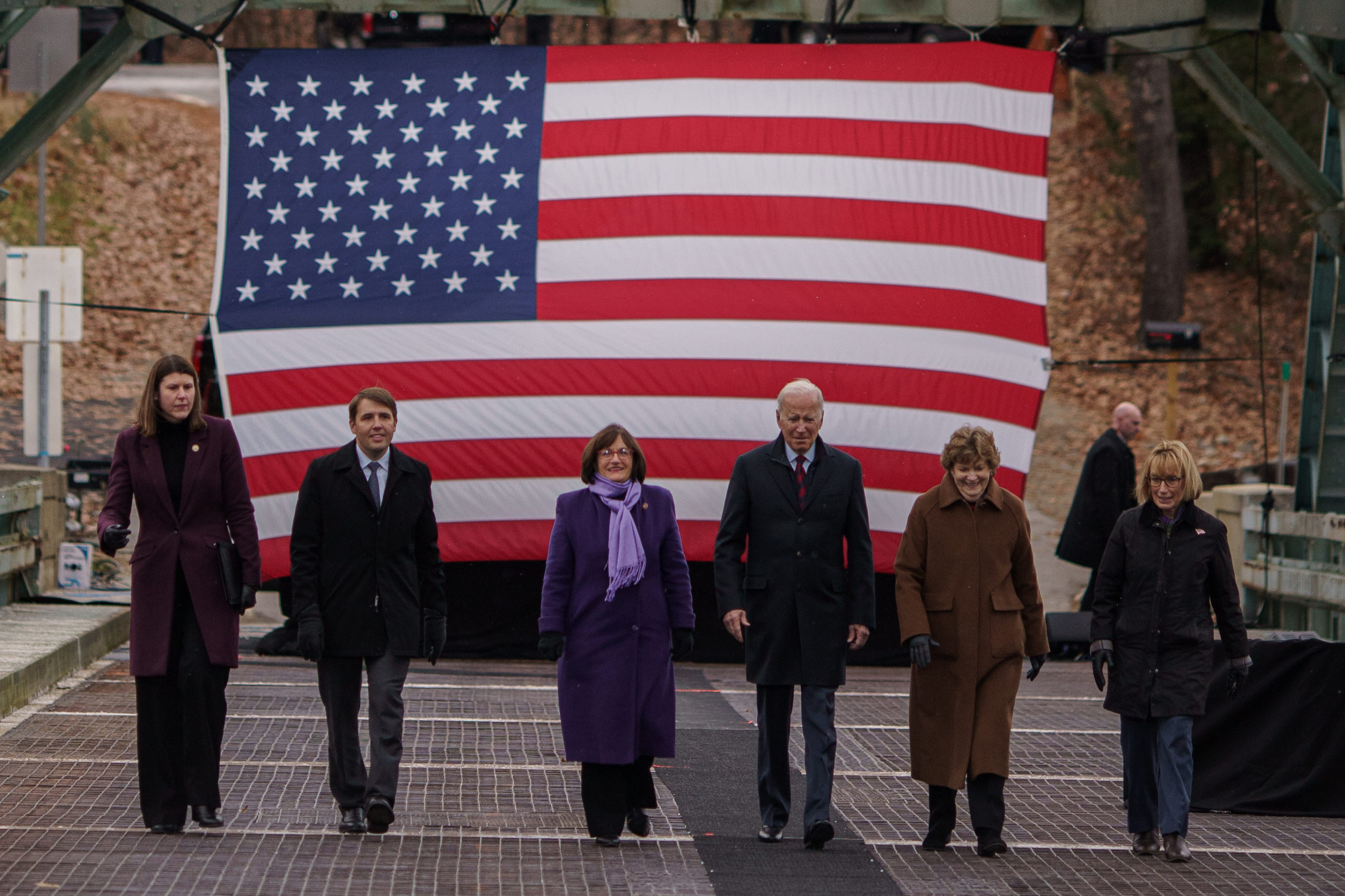 In November, gasoline prices started to decline after consistently rising through President Joe Biden’s first 9 months in office. However, prices have again started to spike nationwide, hitting $3.44 per gallon on Monday, the highest level since 2014, federal data showed.

Pump prices have surged 49.3%, 44.3%, 40.7% and 38.7% over the past year in Arizona, Georgia, New Hampshire and Nevada respectively as of Wednesday, according to AAA data. (RELATED: Democrats Pop Champagne Corks Over 2-Cent Reduction In Gas Prices, Praise Joe Biden)

“People are feeling a real pinch on everyday goods, and we must do more to help address rising costs, particularly the price of gas,” Hassan added. “We need to continue to think creatively about how we can find new ways to bring down costs, and this bill would do exactly that.”

In response to the rising prices in late 2021, President Joe Biden tapped into the nation’s Strategic Petroleum Reserve of crude oil, a move criticized by experts as unnecessary and unhelpful. Oil prices ticked up after the president’s action, which represented a fraction of the oil consumed daily by Americans.

The Cook Political Report rated Hassan’s upcoming race as a “lean D” and the three other senators’ races as “toss up.”