Vice President Kamala Harris will head to Germany next week to meet with U.S. allies and partners as tensions between Russia and Ukraine continue to build.

The White House confirmed the trip, which will occur from Feb. 18-20, on Wednesday. Harris will attend the Munich Security Conference and plans to deliver a speech during the event, an administration official told Reuters.

“Building on the Biden-Harris Administration’s intensive engagement with European allies and partners, the Vice President’s engagements in Munich will demonstrate our ironclad commitment to our NATO [North Atlantic Treaty Organization] Allies, reaffirm our shared interest in upholding the principles that have underpinned European peace and security since World War II, and underscore our commitment to Ukraine’s sovereignty and territorial integrity,” White House deputy press secretary Sabrina Singh said in a statement detailing Harris’ trip.

While the vice president does not plan to meet with Russian or Chinese leaders, the heads of Germany, the EU and NATO will attend the conference, according to Reuters.

Harris’s upcoming trip will be a big test following a series of missteps throughout her time in office. The vice president previously traveled to Mexico and Guatemala in 2021 to address the “root causes” of illegal immigration. She also took a trip to France in 2021. (RELATED: Meghan McCain Questions Kamala Harris’s Apparent Attempt At A French Accent In Paris)

Following Harris’s trip to Central America, the White House was reportedly “perplexed” by her performance, according to a past report by CNN. 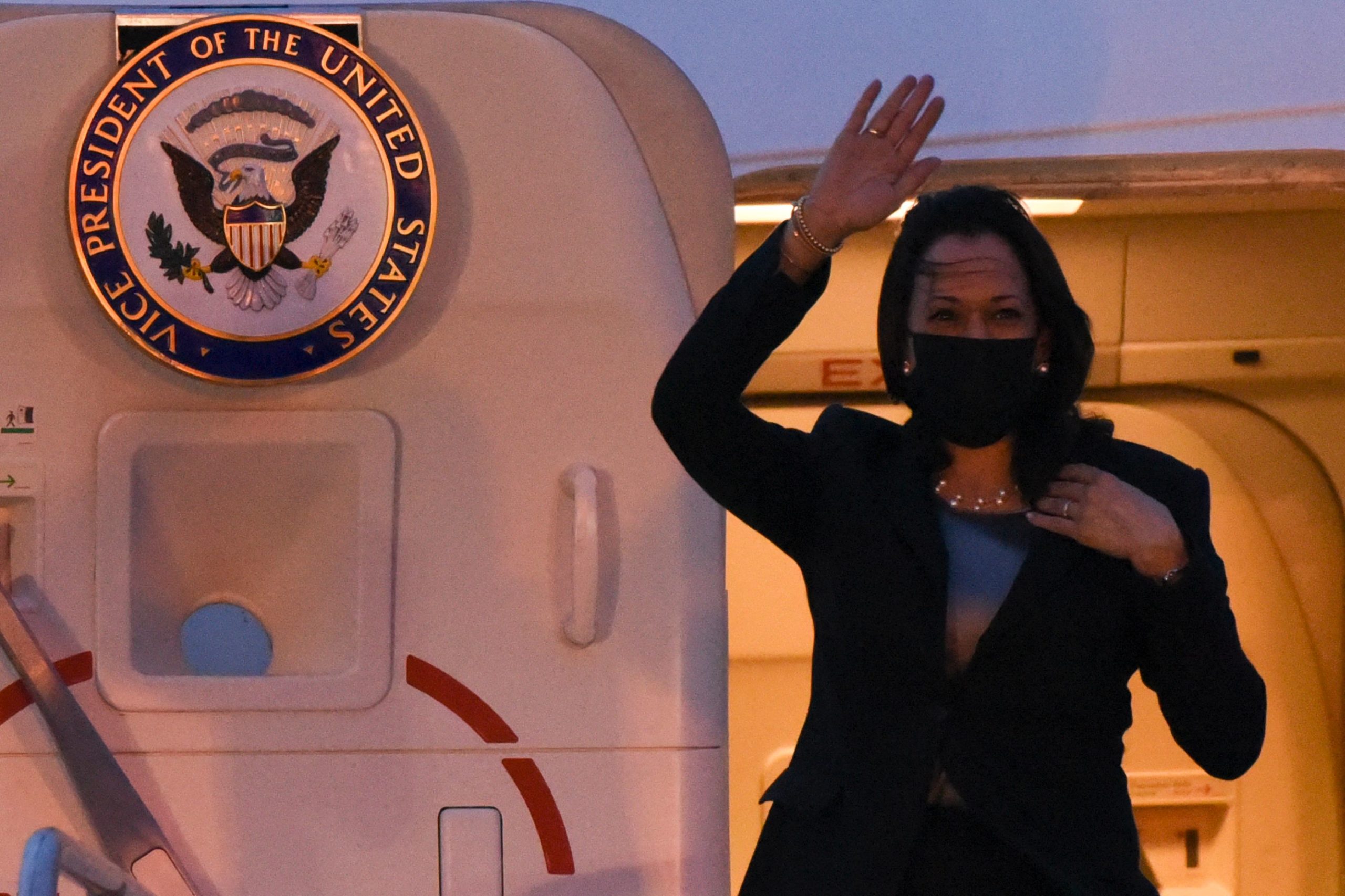 US Vice President Kamala Harris waves upon arrival at the Air Force Base in Guatemala City, on June 6, 2021. – The Vice-President of the United States, Kamala Harris, arrives in Guatemala this Sunday, on her first trip to Latin America, to address issues related to the growing migration to her country and the fight against corruption. (Photo by Orlando ESTRADA / AFP) (Photo by ORLANDO ESTRADA/AFP via Getty Images)

The administration has warned that an invasion could happen at any moment, though it walked back the use of the word “imminent” in recent days due to the “message” the word sends, Forbes noted.

Harris’s latest trip also follows reports suggesting she’s felt sidelined by President Joe Biden and his administration. Harris pushed back on the claims during an interview in 2021.

The White House, meanwhile, previously rushed to Harris’s defense amid reports of dysfunction within her office. Psaki said in November that Harris was chosen because Biden “felt she was exactly the person he wanted to have by his side to govern the country.”

“She is a key partner, she’s a bold leader, and she is somebody who has taken on incredibly important assignments, whether it is addressing the root causes of migration at the Northern Triangle or taking on a core cause of democracy in voting rights. There’s been a lot of reports out there and they don’t reflect his view or our experience with the vice president,” Psaki added, according to CNN.