Former President Barack Obama will reportedly speak to House Democrats alongside House Speaker Nancy Pelosi as over two dozen Democrats have announced they would not be seeking reelection and President Joe Biden’s approval rating has tanked.

Obama will reportedly be in a keynote discussion with Pelosi that will be held virtually. The meeting was reportedly organized by Democratic New York Rep. Hakeem Jeffries, who is the caucus chair, according to NBC News. There are currently 29 Democrats who will retire or run for a different political office, compared to 14 Republicans. (RELATED: Obama Economic Alums Turn On Biden’s Spending Spree) 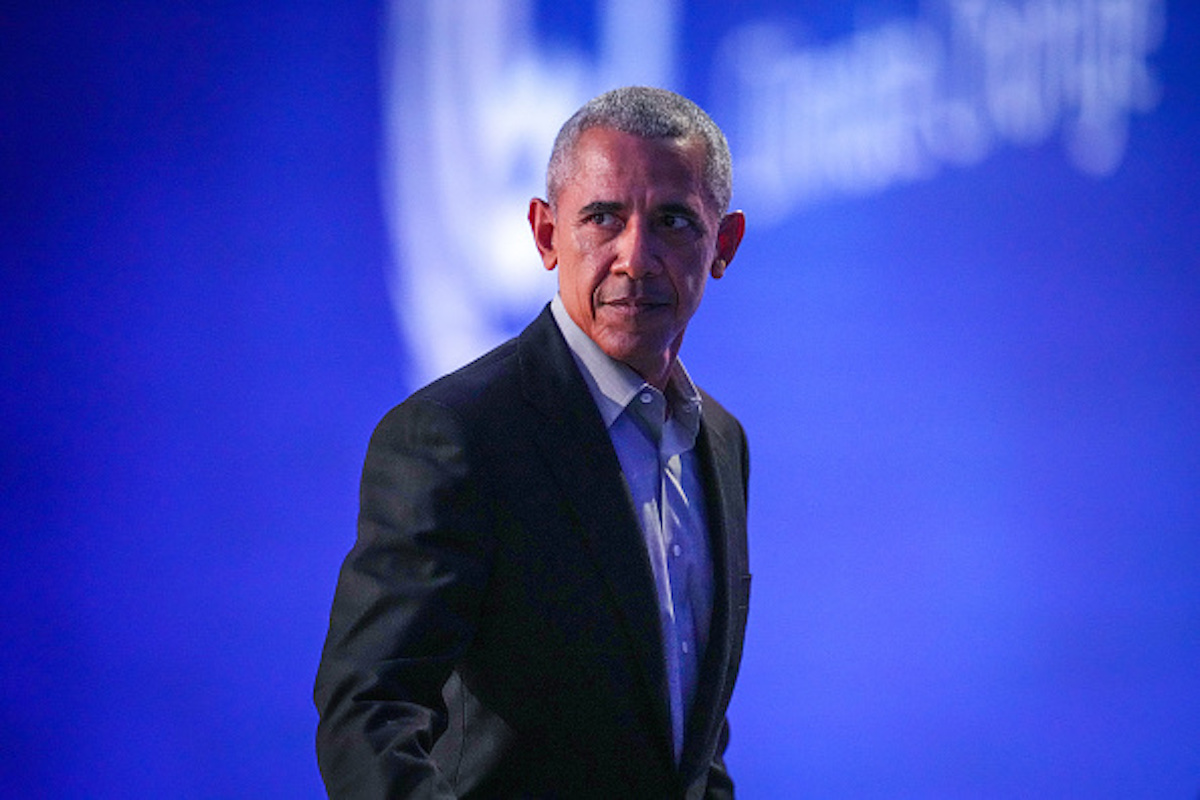 Former US President Barack Obama leaves after he delivered a speech while attending day nine of the COP26 at SECC on November 8, 2021 in Glasgow, Scotland. (Photo by Christopher Furlong/Getty Images)

Pelosi, who announced in January that she would be running for reelection, is reportedly considering an attempt to stay in leadership after 2022. (RELATED: Failed Obama Rail Project Collapses, Nigeria Purchases Unused Trains)

Another topic on Democrats’ agenda is passing pieces of their Build Back Better bill, which has failed to pick up enough support. (RELATED: ‘I’ve Never Seen Anything Like This’: Manchin Blasts Build Back Better Negotiating Process)

The Daily Caller contacted Jeffries’ and Pelosi’s offices about the meeting, but they did not immediately respond.