A White House official warned reporters to not even “think about” asking President Joe Biden questions as the president began a round table event at the White House on Wednesday.

Biden was meeting with CEOs of energy companies in an effort to push his Build Back Better agenda, which is dead in the water in Congress. Reporters began shouting questions to Biden as he concluded his opening remarks and staffers began herding the press corps out of the room. White House pool reporters say one aide was concerned Biden would start taking questions. The aide warned a reporter, who was lingering in the room.

“Don’t think about it, Matt,” she said, according to the pool. (RELATED: Hillary 2024 Chatter Picks Up As Biden Approval Hits New Low)

Biden’s White House has faced criticism for a lack of transparency in its first year, with staff often shouting down reporters and Biden himself being less available than other modern presidents. Biden held fewer than half as many press conferences in his first year than any five of his most recent predecessors. 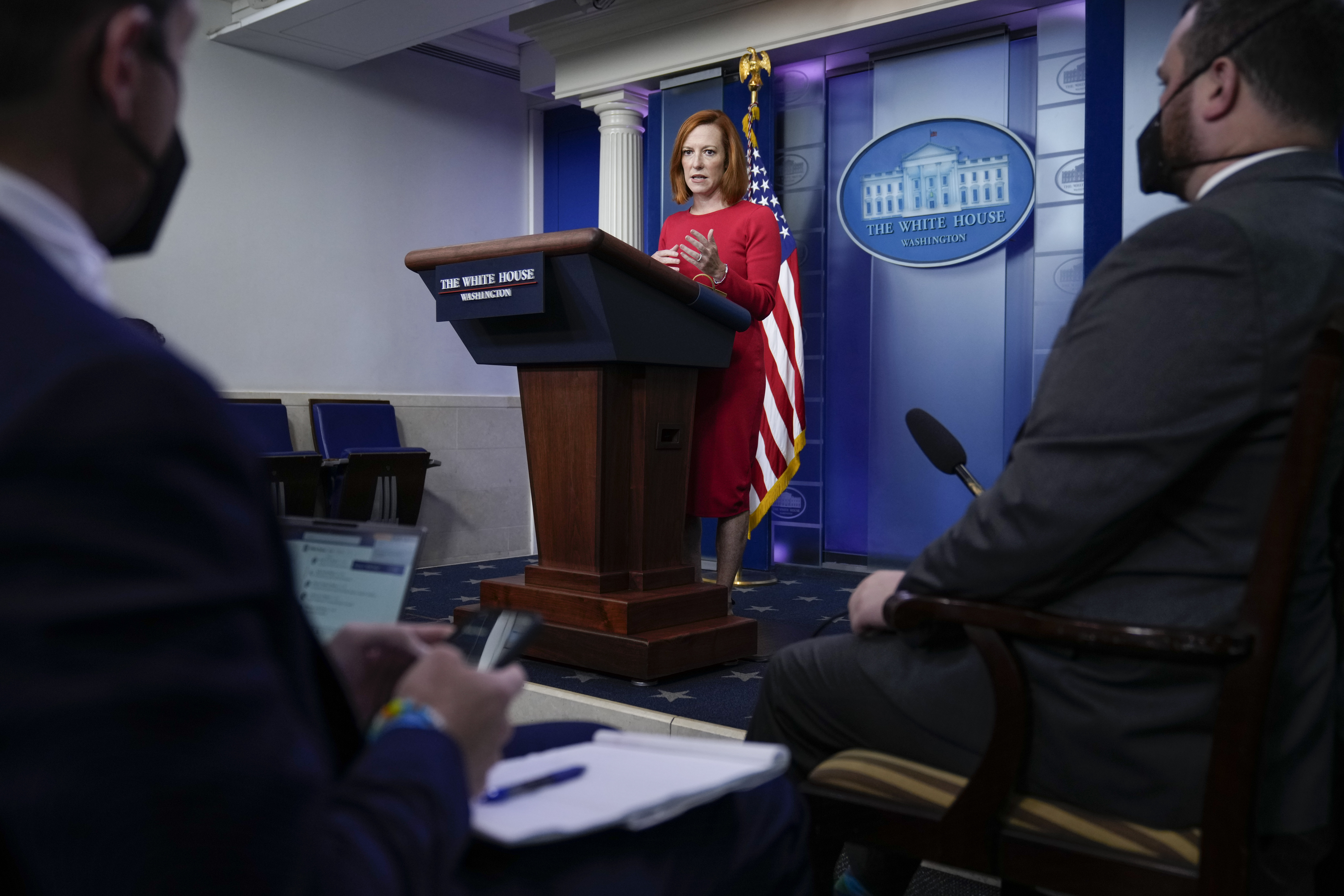 WASHINGTON, DC – AUGUST 25: White House Press Secretary Jen Psaki speaks during the daily press briefing at the White House on August 25, 2021 in Washington, DC. The bulk of the questions she fielded from reporters were related to the ongoing evacuation efforts in Afghanistan. (Photo by Drew Angerer/Getty Images)

The issue came to a head in September during Biden’s White House meeting with U.K. Prime Minister Boris Johnson. Following the meeting, U.K. reporters were given the chance to ask questions, but White House staff shouted down members of the U.S. press corps. The incident led to a showdown between White House press secretary Jen Psaki and the White House Correspondents’ Association.

“The entire editorial component of the U.S. pool went immediately into Jen Psaki’s office to register a formal complaint that no American reporters were recognized for questions in the president’s Oval Office, and that wranglers loudly shouted over the president as he seemed to give an answer to Ed O’Keefe’s question about the situation at the southern border,” WHCA President Steven Portnoy announced at the time. (RELATED: ‘Do I Cut This Off?’: Jen Psaki Says She Was Shocked When Biden Extended Press Conference)

Biden has held just one formal press conference at the White House since then, going back-and-forth with reporters for nearly two hours on January 19.