“We will make it through this challenge,” Biden told Americans in a statement.

The U.S. Bureau of Labor Statistics (BLS) shows the CPI increased 0.6% in January, marking a 7.5% growth on a year-over-year basis. Economists had projected the index would increase to around 7.2%.

The president issued a statement Thursday morning, highlighting his priorities and trying to focus on his administration’s “historic success.”

“My two top economic priorities have been to create a growing economy with more good-paying jobs, and to lower the prices Americans have faced from the global problem of inflation related to the pandemic,” Biden said. “We have seen historic success on the first priority, with the greatest year of job growth in history, Americans finding better jobs, better wages, and better benefits, along with the fastest economic growth in decades.”

The president also tried to reassure Americans that the challenge of inflation has a light at the end of the tunnel.

“On higher prices, we have been using every tool at our disposal, and while today is a reminder that Americans’ budgets are being stretched in ways that create real stress at the kitchen table, there are also signs that we will make it through this challenge,” he added. 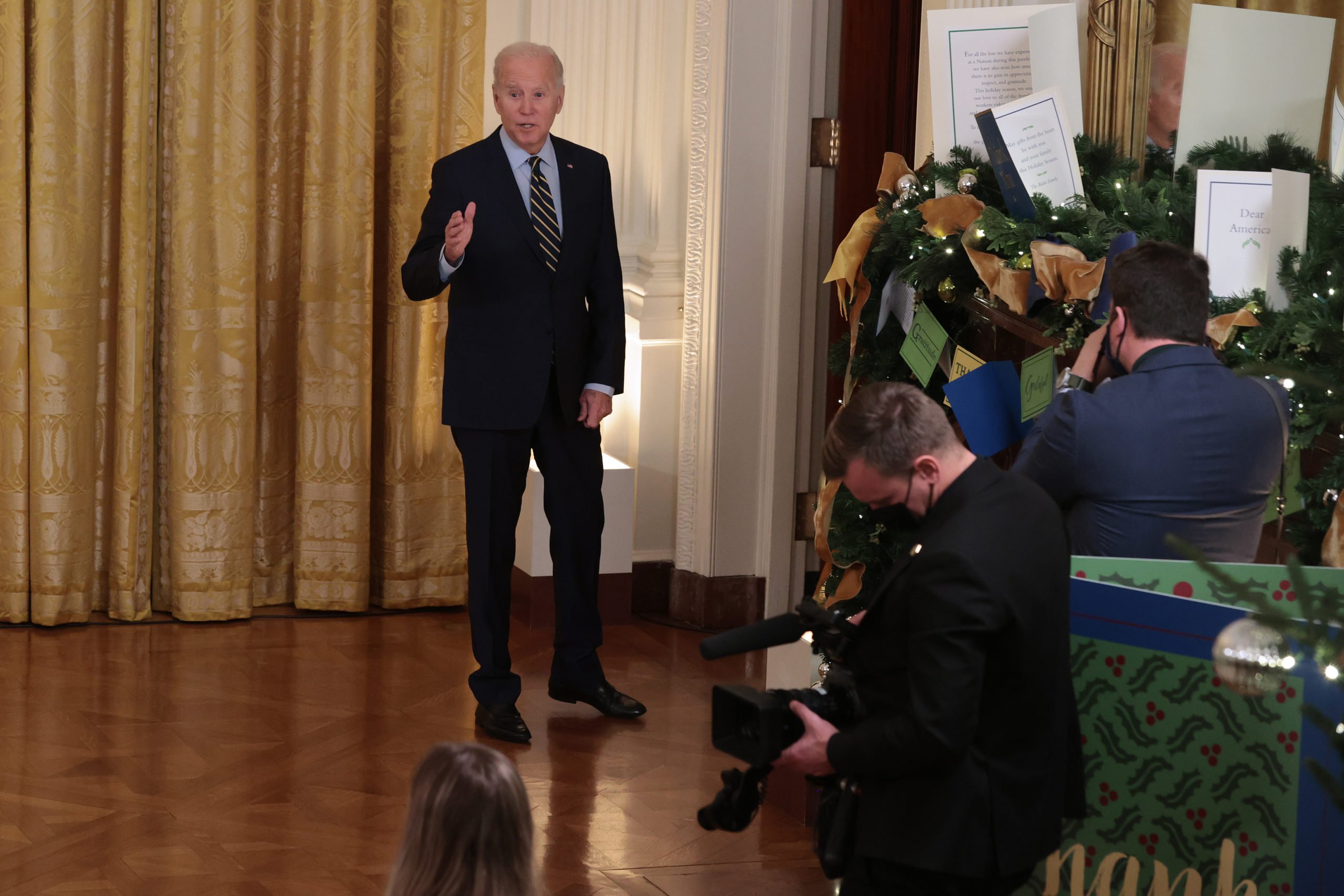 WASHINGTON, DC – DECEMBER 06: U.S. President Joe Biden pauses to answer a question before leaving the East Room after talking about the Build Back Better legislation’s new rules around prescription drug prices at the White House on December 06, 2021 in Washington, DC. (Photo by Chip Somodevilla/Getty Images)

Biden continued on to cite “forecasters” who “continue to project inflation easing substantially by the end of 2022.” He promised that the administration has an “all hands on deck” motto with regards to rising prices. (RELATED: Biden To Meet With CEOs Of Retailers As Inflation, Supply Chain Issues Hit Country During Holiday-Shopping Season)

“Fortunately we saw positive real wage growth last month, and moderation in auto prices, which have made up about a quarter of headline inflation over the last year,” Biden said in the statement. “We separately saw good news with new unemployment claims continuing to decline. That’s a sign of the real progress we’ve made in getting Americans back to work over the last year.”

“My administration will continue to be all hands on deck to win this fight,” the president vowed. “We will continue to rebuild our infrastructure and manufacturing, so we can make more in America and strengthen our supply chains here at home.”

Biden’s statement marks a quiet recognition of the fact that inflation continues to rise. In December, the president said he believed the country was at the “peak” of its inflation crisis, describing the issue as “a real bump in the road.”

“It does affect families when you walk into a grocery store and you’re paying more for whatever you’re purchasing – it matters,” Biden said at the time. “It matters to people when you’re paying more for gas, although in some states we’ve got the price down below three bucks a gallon, but the point is it’s not gone down quickly enough. But I think it will.”

Those comments followed a report that found the consumer price inflation rose by 6.8%, not including seasonal adjustments, CNN reported.