The Kremlin gave Macron a choice between taking the Russian PCR test or adhering to strict social distancing while meeting with Putin, two people on Macron’s team with knowledge of the president’s health protocol allegedly told Reuters.

“We knew very well that meant no handshake and that long table. But we could not accept that they get their hands on the president’s DNA,” one source told Reuters. Macron took a French PCR test before departing and an antigen test by his own doctor after arriving in Russia.

The two leaders ended up sitting on opposite ends of an estimated 20-foot table for five hours, CNN reported. There were concerns over who would do the test, how the tests would be administered and their timing, an Elysee spokesperson told CNN. 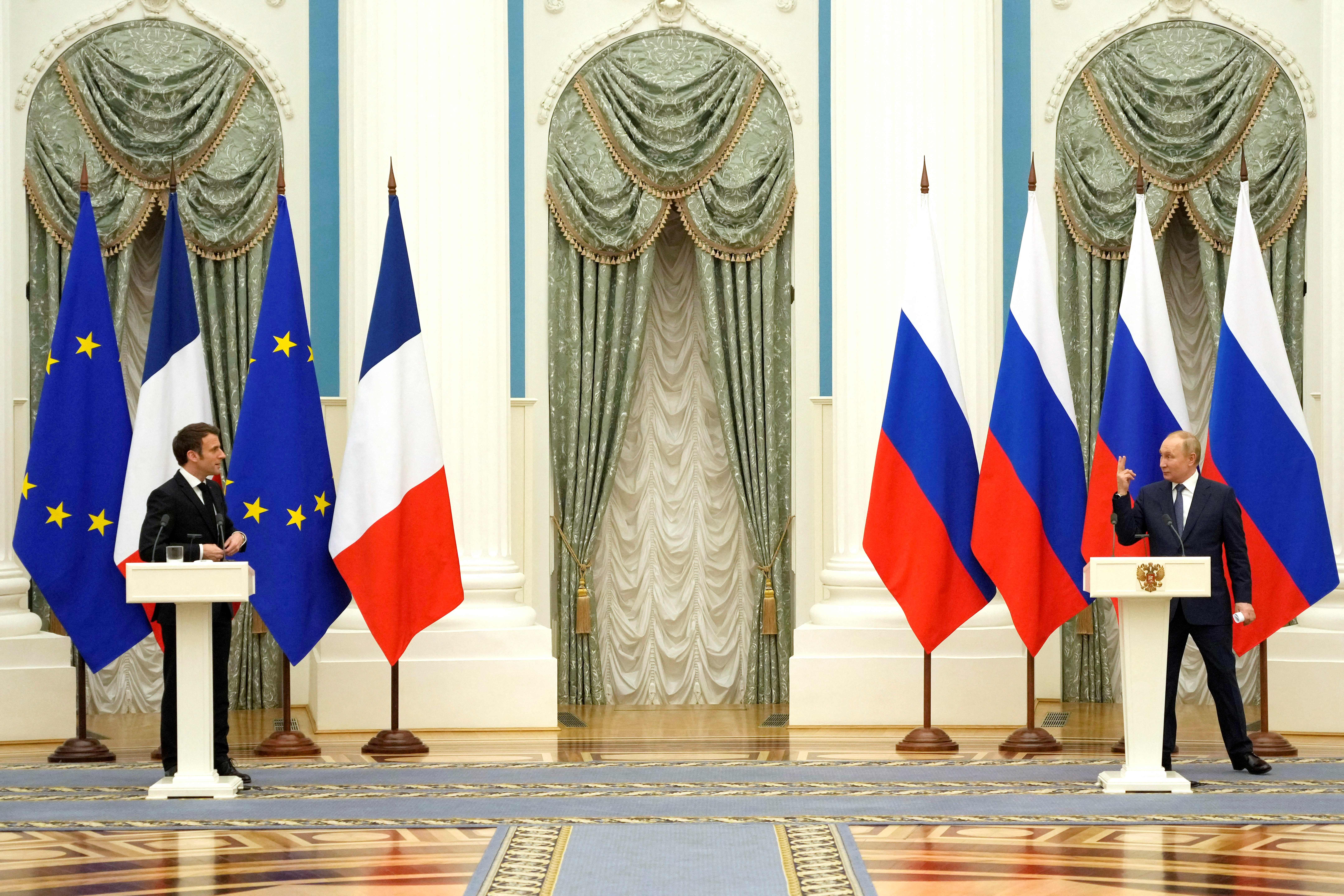 “The president has of course always done what he has to do when he travels,” the spokesperson told CNN. “The question is just based on the test conditions.” (RELATED: ‘The Mute With The Deaf’: Russian And British Ministers Have Harsh Exchange After Ukraine Meeting)

The Kremlin confirmed that Macron did not take a Russian COVID-19 test, with spokesperson Dmitry Peskov saying some leaders simply follow their own protocols, CNN reported. “We treat this with understanding, this is a normal global practice but, in this case, there is a protocol of additional measures to protect the health of our president and our guests as well. A larger distance is applied,” Peskov said.

France alleged that Russia had agreed not to escalate the Ukraine crisis during the meeting, but the Kremlin denied that characterization.