Republican members of the House Committee on Oversight and Reform wrote to Energy Secretary Jennifer Granholm on Monday, demanding more documentation and information after she violated federal trading law.

The 12 Republicans — led by Oversight Ranking Member James Comer and South Carolina Rep. Ralph Norman, the top Republican on the panel’s environment subcommittee — argued that Granholm’s recent violation of the Stop Trading on Congressional Knowledge (STOCK) Act signaled a lack of transparency at the agency under her watch, in the letter obtained by the Daily Caller News Foundation. The GOP members noted that she also gave an inadequate response to their May 2021 oversight into her ownership of electric vehicle maker Proterra’s stock.

“Stock trading and public service are like oil and water. They don’t mix,” Norman told the DCNF in a statement. “Secretary Granholm’s dubious financial dealings since taking office require serious transparency. If there’s nothing to hide, play ball with us on the Oversight Committee because we’re not going anywhere.”

In May 2021, Norman notified Granholm that she was the subject of an oversight probe after it was revealed she still owned shares in Proterra, even after the White House hosted an event prominently featuring the company’s products and factory. More than a month later, the Energy Department responded to Norman in a short letter, saying Granholm acted in “full accordance with the comprehensive ethical standards” laid out by the Biden administration.

But Granholm paid a $400 fine in January after she violated the STOCK Act nine times, Office of Government Ethics filings from December 2021 showed. The energy secretary reported $240,000 in stock sales late, which a Department of Energy (DOE) spokesperson blamed on a “clerical” error, according to Insider, which first reported the violations. (RELATED: Energy Secretary Granholm Says Solar Panels May Bring About World Peace) 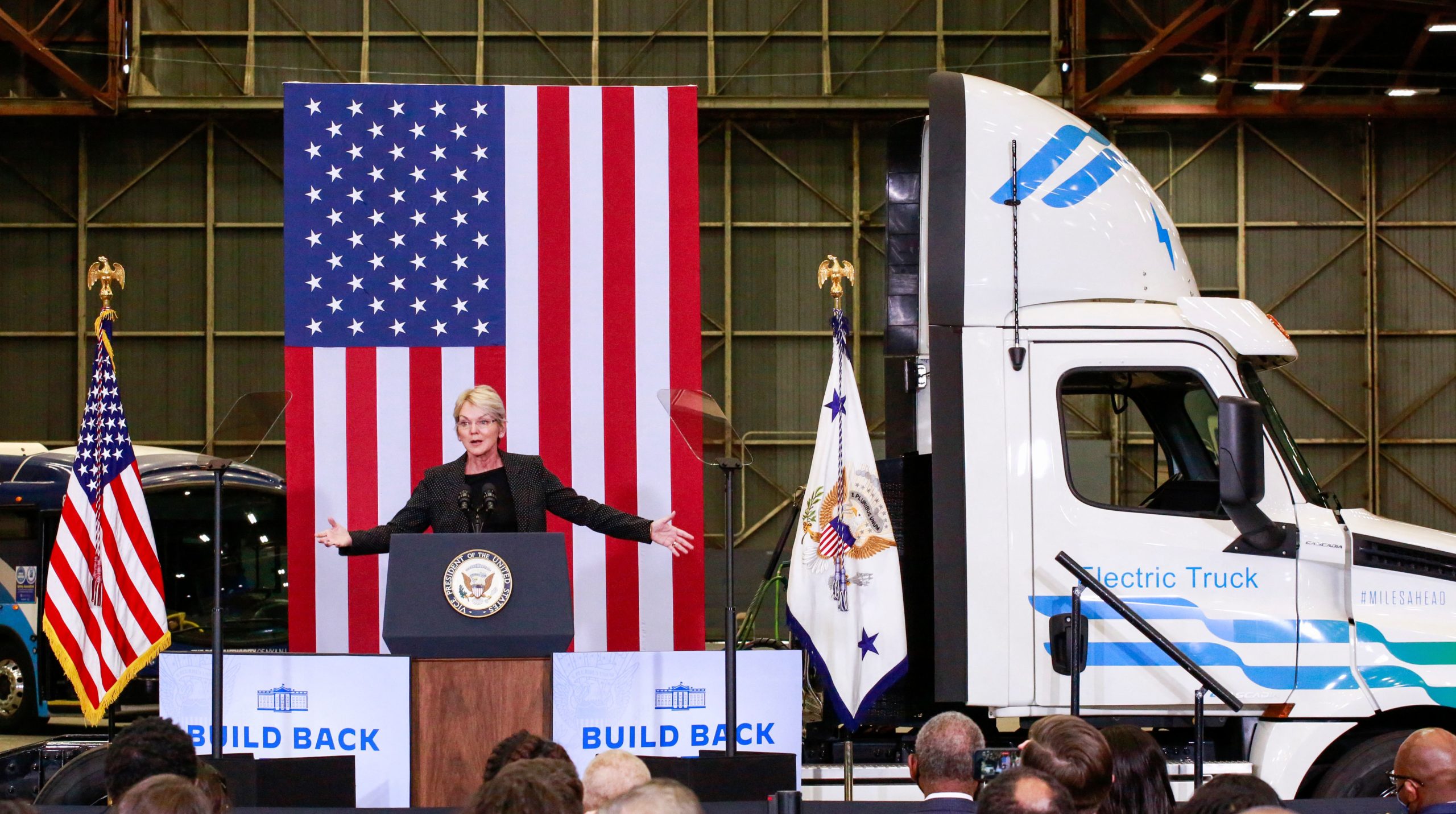 “The contradiction between DOE’s response to our initial letter and your eventual disclosure of violating the law raises additional concerns about a lack of transparency at DOE and whether you take your ethical obligations seriously,” the Republicans wrote in their letter to Granholm on Monday.

“We must ensure that government officials are complying with all federal ethics laws, particularly members of President Biden’s cabinet,” they wrote.

The Oversight Republicans asked for several pieces of documentation related to Granholm’s divestiture of Proterra, her communications with the White House prior to its event highlighting Proterra and her STOCK Act violation late fee payment.

Ten other committee Republicans, including Reps. Glenn Grothman and Michael Cloud, ranking members of the Oversight subcommittees on national security and economic policy, respectively, joined Comer and Norman in signing the letter Monday.

The Department of Energy and Oversight Committee Democrats didn’t immediately respond to the DCNF’s requests for comment.

Watchdog groups like Campaign Legal Center (CLC) have pushed Congress to investigate STOCK Act violations more aggressively. The CLC has argued that current fines for violations make “barely a dent” in the undisclosed transactions the law is supposed to regulate.