The Biden administration is attempting to stop a court order requiring the State Department to process the applications of thousands of diversity immigrant visa winners.

The State Department filed motions in two separate cases in early February asking to stay the implementation of the court orders, arguing it should not be forced to begin the process until its appeal is heard. The cases concern the 2020 and 2021 diversity visa selectees, who were denied entry into the U.S., partly because of the COVID-19 pandemic.

“The Biden administration is spending millions of dollars to prevent the immigrants that won court orders from getting into the U.S.,” Curtis Morrison, who is a part of a team of attorneys litigating on behalf of the plaintiffs, told the Daily Caller News Foundation.

Judge Amit P. Mehta struck down the State Department’s policy of not issuing or reserving visas for 2020 diversity lottery winners in September 2020, siding with the plaintiffs that the Trump administration’s proclamation only prevented entry to the U.S., not the issuance or saving of visas, Forbes reported.

A memorandum opinion and order in Goh v. U.S. Department of State by Judge Mehta, however, notes that the State Department “did not abandon its legal position” and “applied this policy to the next group of diversity visa lottery winners,” refusing to “schedule interviews at consular offices worldwide for FY 2021 diversity visa winners.” 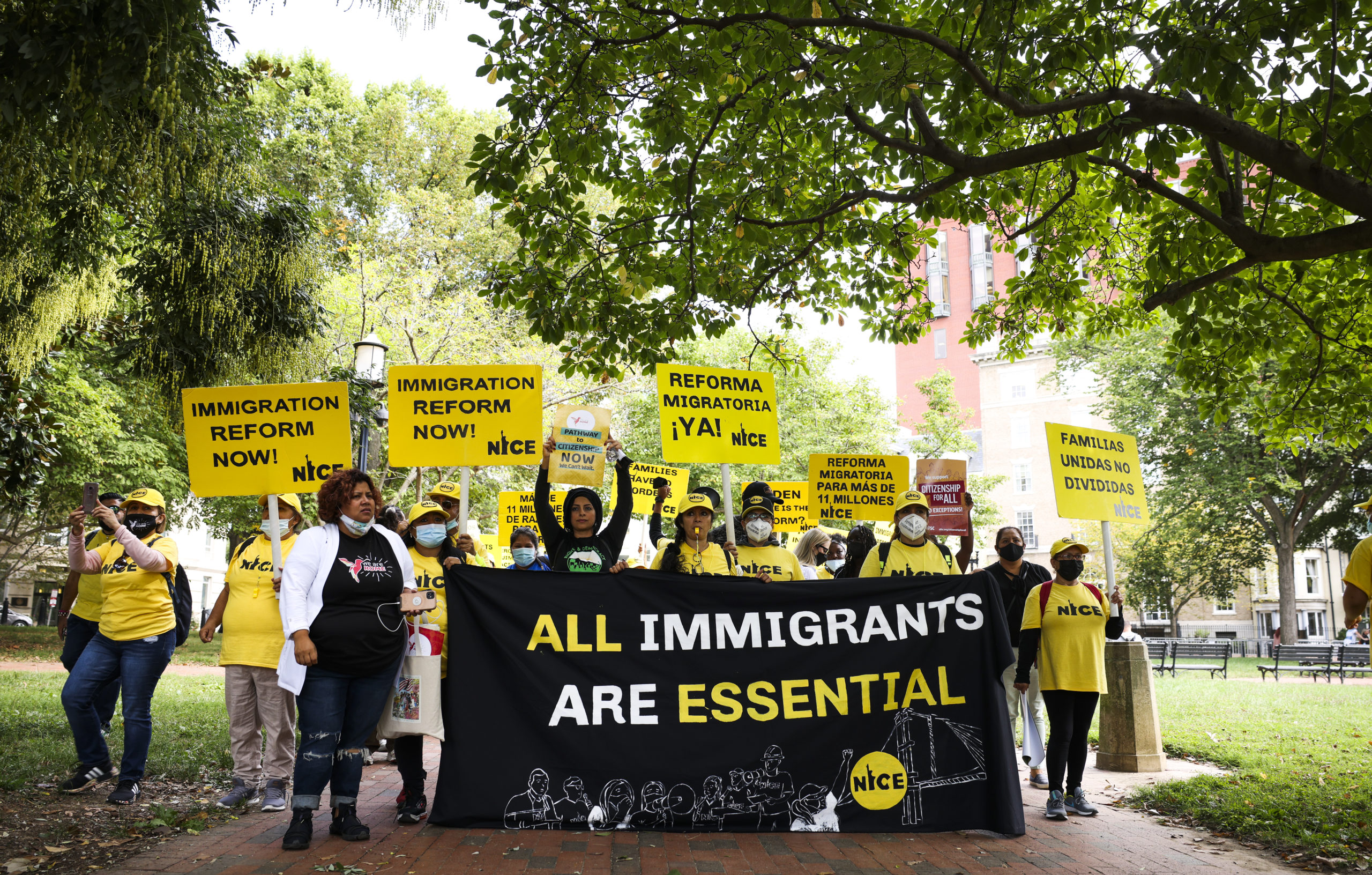 Immigration activists rally near the White House on October 07, 2021 in Washington, DC. The group demonstrated for immigration reform and urged President Biden to authorize a pathway to citizenship for undocumented immigrants. (Photo by Kevin Dietsch/Getty Images)

The State Department is arguing it does not have the resources to process the selectees from 2020 and 2021, according to court documents. In Rai v. Biden, which concerns 2021 lottery winners, the department said processing the visas with its current IT infrastructure would cause significant and irreversible harm.

The department also said that processing the visas would “divert resources” from projects with a higher priority, delaying them. (RELATED: State Department To Waive Fees For Immigrants Denied Visas During Travel Ban To Reapply)

Morrison argued the department also does not want to give up the authority it obtained under the Trump administration when it comes to the power it has over the diversity visa lottery.

“They don’t like the idea of giving up that authority to do something,” Morrison said. “The bureaucrats in the State Department, I don’t even know if it’s ideological, it’s just like once they got a new toy, it’s like ‘No, it’s mine!'”

The administration’s efforts to prevent the diversity visas from being issued to the lottery winners are just a part of the disappointment immigration advocates have towards its policies. The deportations of Haitians seeking refuge to the U.S. sparked the resignation of Ambassador Daniel Foote, the special envoy for Haiti, in September.

“Immigration has not been at the top of the Biden administration’s first year. Domestic policies have been,” Allen Orr, president of the American Immigration Lawyers Association, told the DCNF.

Days after his inauguration, two of Biden’s advisers outlined goals that included a major immigration reform bill, a 100-day deportation moratorium and a strategy to restore protections for asylum seekers that were degraded under the Trump administration, Reuters reported. None of those goals have been fulfilled thus far.

“In this first year, we have been dedicated to rebuilding an immigration system that was dismantled, virtually in its entirety, by the prior administration,” Homeland Security Secretary Alejandro Mayorkas told Reuters. “We have had to rescind cruel policies, bring offices back to life, issue new policies, and rebuild entire operations.” 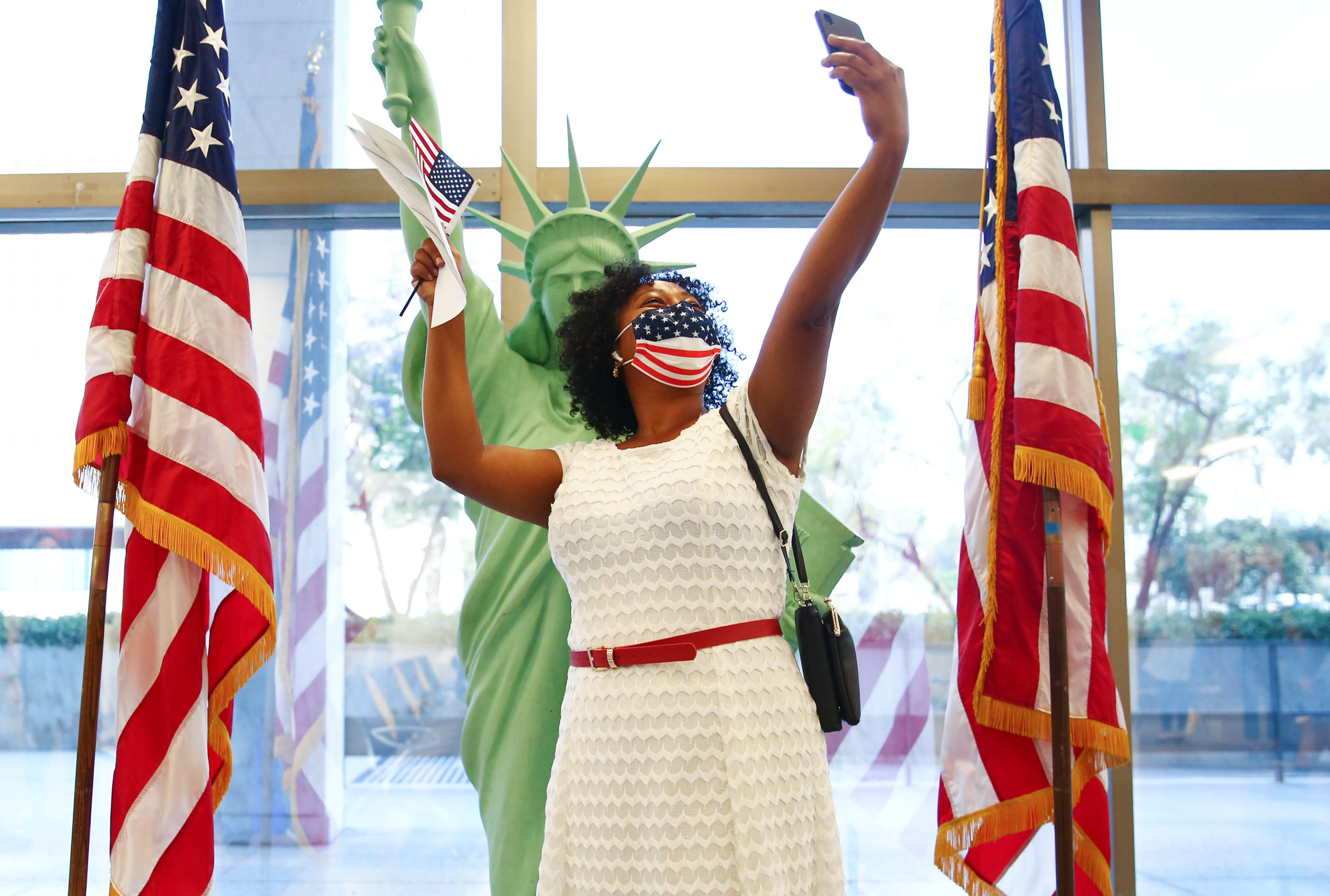 “Who can’t say it’s disappointing?” Orr told the DCNF. “Biden’s election spoke positive to migrants in the country and those wanting to visit the country as a different position on immigrations. The activity since the election have not born truth to those policies at this point.”

While family sponsorship is the most common method of immigration, a large percentage of African immigrants come from the diversity visa program, according to a Pew Research Center report published in January. Less than 5% of the fiscal 2019 foreign-born population in the U.S. was admitted through the program, but this share is 12% among those from sub-Saharan Africa.

Orr noted the high percentage is due to many black Americans being several generations removed from any relatives abroad. (RELATED: Brazilian Town Almost Deserted As Migrants Flee For The US)

“It’s pretty, definitely high for the very reason that, of course, the continent and all the countries of Africa aren’t as close as Central America,” Orr said. “So their only way to sort of make a connection here seems to be a lottery program.”

Orr cited holdover within the State Department from the Trump administration as one of the possible reasons it has acted so strongly against the program.

“Part of me says … it takes a long time to change administrations,” Orr said. “That’s one of the challenges Biden faces with addressing issues at the border.”

When reached for comment on the State Department’s position in the cases, a spokesperson told the DCNF that “as a general matter, we don’t comment on pending litigation.”